The acclaimed director is debuting an animated version of a real print that hangs in his home as a way to share it "with the rest of the world,” Gilliam told Decrypt. 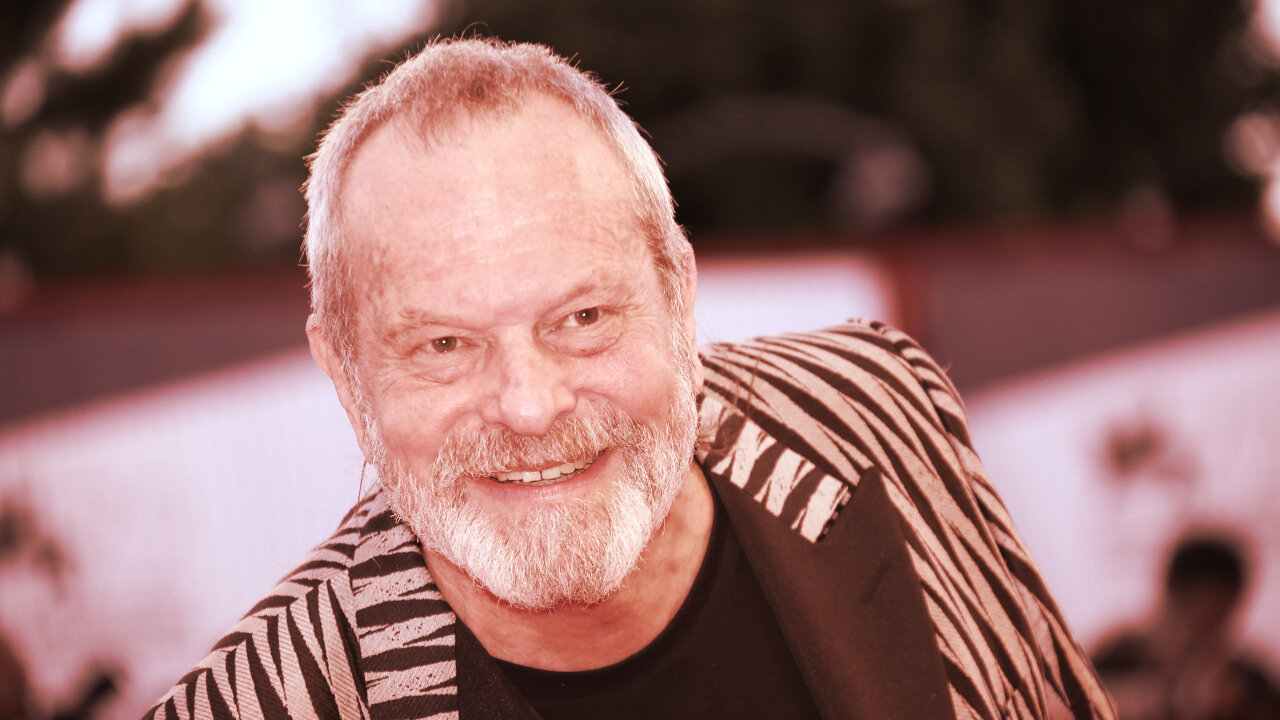 Terry Gilliam, director of films like “Brazil,” “12 Monkeys,” “The Imaginarium of Doctor Parnassus” and “Monty Python and the Holy Grail,” is releasing his first-ever NFT, “Blessed Before Blast,” based on a surrealist print he’s had in his home for half a century.

The piece, drawn by Gilliam, is a nod to the American-born British director’s early career, when he was an illustrator and animator. Decrypt Studios is a partner on the project. (Disclosure: Decrypt Studios, an NFT and Web 3 production company, is a separate division from Decrypt’s editorial team and has no influence on our coverage.)

“Blessed Before Blast” is based on an original “Monty Python” animation. Gilliam’s days on “Monty Python’s Flying Circus,” the 1970s television series, helped establish him as an artist interested in surrealism.

An NFT is a type of blockchain-based token that is used to prove ownership over a digital item, such as a work of art. Gilliam's NFT depicts an angel in space standing on top of a bomb, which is intended to represent Earth. In the animated NFT, the angel tries to fly away and escape the bomb about to explode, but fails.

Thematically, the NFT is “a visual representation of the nervousness the artist feels as we march toward a very different and less pleasant planet,” according to the description on the Decrypt Studios page. The physical print of the NFT was photographed and animated to create the piece, which is now up for auction.

“I have an incredible collection of artwork that I’ve made over the years and much of it has never been seen outside of my home. I thought NFTs would be a good way to share this body of work with the rest of the world,” Gilliam told Decrypt.

Gilliam happily professes that he has “no fucking idea!” about the NFT space and whether it’s the future of art, but is excited to be venturing into the decentralized art world.

“Blessed Before Blast” is being auctioned to the highest bidder on Ethereum NFT marketplace OpenSea. The auction went live on Monday afternoon and will accept bids until November 29.

Gilliam is hardly the first director to release an NFT based on his creative work. Quentin Tarantino announced earlier this month that he would be auctioning uncut scenes from “Pulp Fiction” as NFTs, though Miramax has sued him over the NFTs. And “Kung Fury” director David Sanberg released NFT characters inspired by the film last month on the Ethereum blockchain.