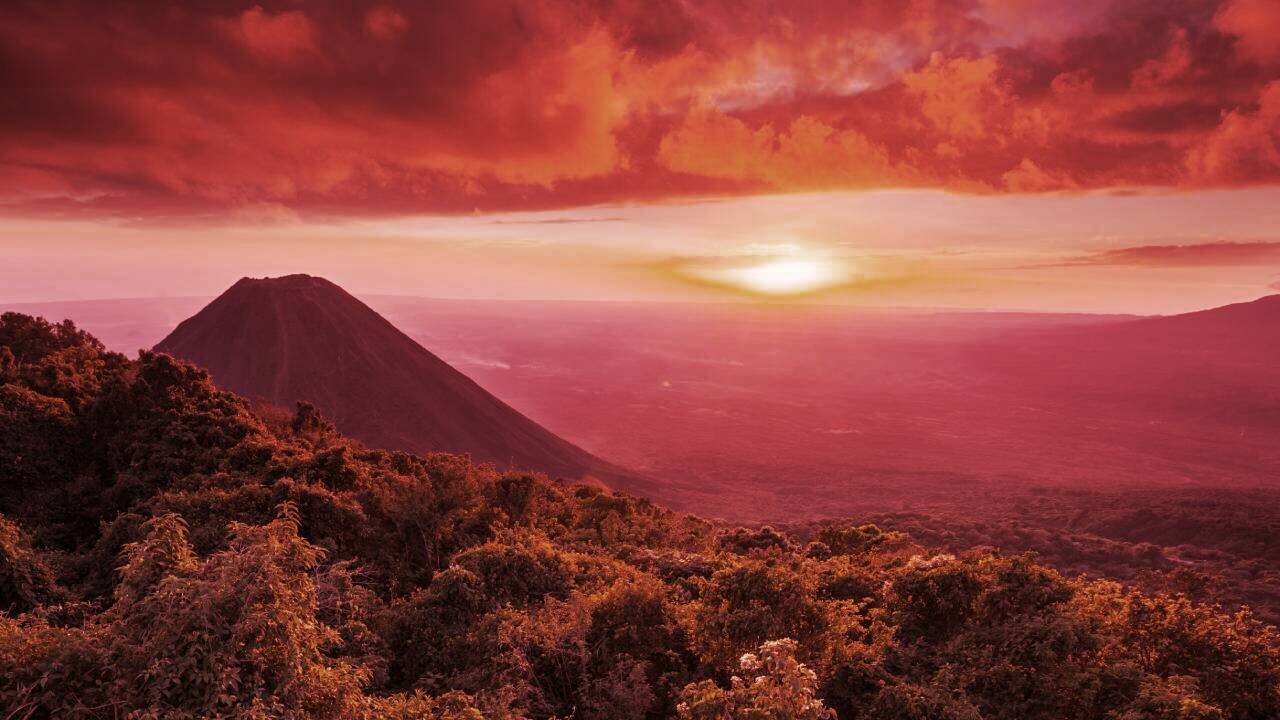 El Salvador plans to use geothermal energy from volcanoes to mine Bitcoin. Image: Shutterstock

The President of El Salvador, Nayib Bukele, took to Twitter early this morning to provide an update on the country’s recently launched Bitcoin mining industry.

According to Bukele's tweet, El Salvador has mined almost $500 worth of Bitcoin, a number that the government surely intends to increase over time.

In a follow-up tweet, Bukele clarified that “this is officially the first #Bitcoin mining from the #volcanode,” the country’s volcano-powered Bitcoin mine. Earlier this week, he shared a video on Twitter that appeared to show the country taking its first steps to mining Bitcoin using geothermal energy from volcanoes.

The video—which shows a data center in a forest before zooming in on a worker wiring up a Bitcoin mining machine—has been viewed over 2 million times already. In today’s tweet, Bukele noted that the project is “still testing and installing.”

Bitcoin mining is controversial given its energy-consumption demands and resulting carbon footprint. Due to increased scrutiny over the cryptocurrency’s impact on the environment, some miners have turned to cleaner, renewable power sources, such as geothermal energy.

In June, President Bukele said that El Salvador’s state-owned electricity company LaGeo would use “very cheap, 100% clean, 100% renewable, 0 emissions energy from our volcanoes,” to mine Bitcoin.

While the decision may have spared President Bukele criticism from environmentalists, his own population remains divided over the country’s embrace of Bitcoin as legal tender.

President Bukele first announced his plans to accept Bitcoin as legal tender in El Salvador during this year’s Bitcoin Conference in Miami.

Ever since, his decision has been mired in controversy, with some Salvadorans claiming that the Bitcoin Law has exposed President Bukele’s already well-documented authoritarian streak.

Despite President Bukele’s suggestions to the contrary, Article 7 of the Bitcoin Law compels businesses to accept Bitcoin as a payment, even if they don’t want to. And the government has doubled down on this stance ever since.

“The government has harassed big business and small business alike. They’ve sent government agents to inspect businesses to ensure they are following labor regulations just because C-level executives have said negative things about the Bitcoin Law,” one local businessperson told Decrypt on condition of anonymity.

Critics who've spoken out against the government’s policy have also been targeted. “The police doesn’t have to take anyone to court. They just scare one of the vocal dissidents with kidnapping him a couple of hours or a couple of days,” another local businessperson told Decrypt, referring to the illegal arrest of Bitcoin critic Mario Gomez earlier this month.

Yet, President Bukele’s embrace of Bitcoin has continued—with crucial details of the project yet to be revealed.

“There are so many things that are not being disclosed. For example, who’s holding the private keys to these Bitcoin?" Nolvia Serrano, head of operations at crypto wallet provider BlockBank, asked on the Decrypt Daily podcast earlier this week. "Also, what’s the criteria for saying, 'Oh, today, we’re going to buy more Bitcoin, or we’re going to wait until next month.' We don’t know that."

“There’s no space to make wrong calls on this, and we need to be transparent because the cryptocurrency community cares about these principles,” she added.

However, many of the world’s loudest Bitcoin advocates, including Jack Mallers, Michael Saylor and Peter McCormack—have rushed to heap praise on the crypto ambitions of the self-professed “coolest dictator in the world.”