Augur, the oracle of web3, plans its rise from the ashes

Easier to use, mobile friendly and now backed by the stablecoin Dai, will the OG of decentralized prediction markets finally find its market? 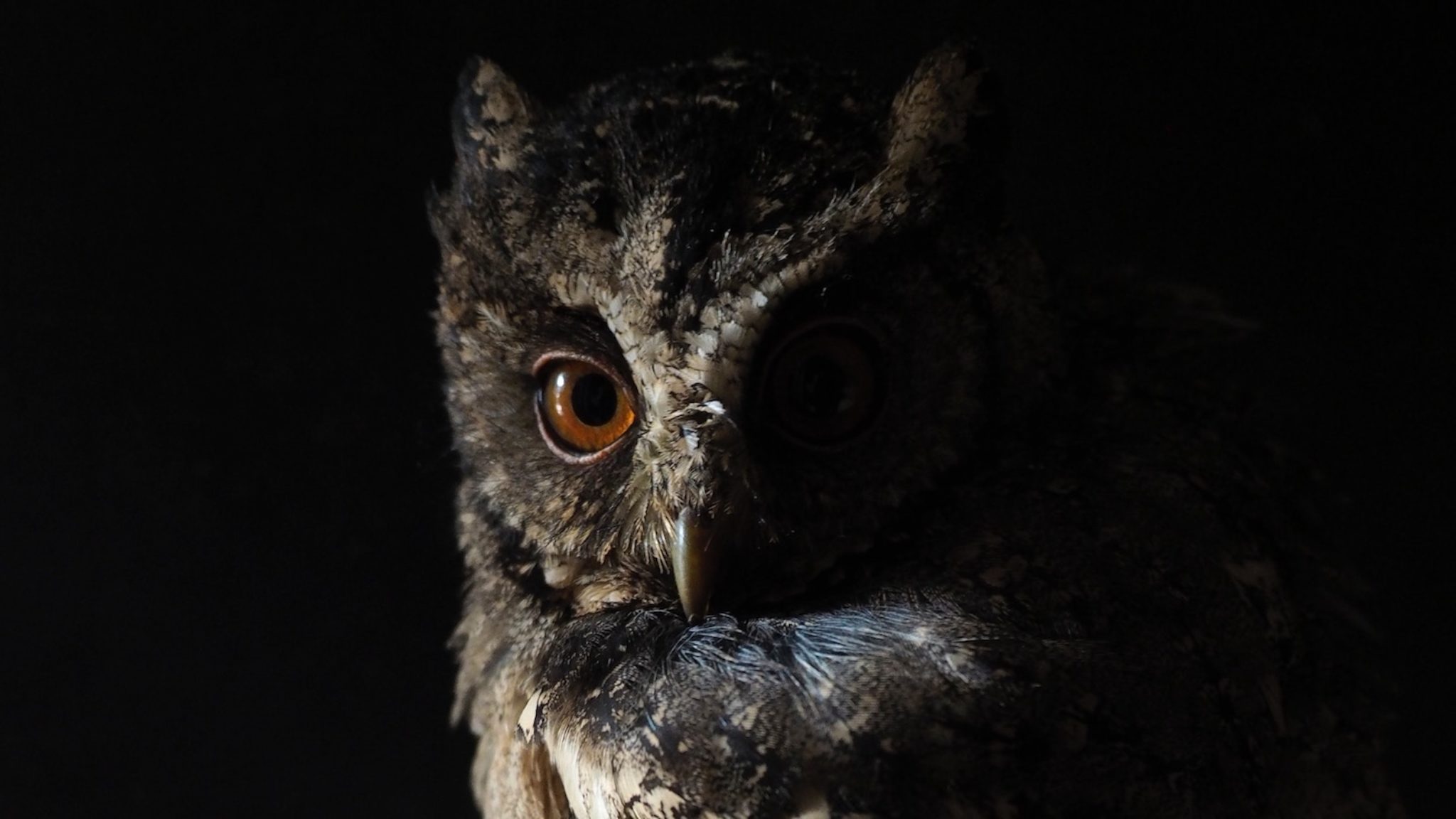 “It’s too slow both on the Ethereum and UI side, [it’s too] expensive to use, and the currency is too volatile,” he said in an interview.

Indeed, the app barely surpasses 30 users each day, from a high of 250 after Augur’s launch last year. Augur’s “REP” token too, conceived as a way to recompense market participants for running the network, has remained at $11.10 a coin, a long way from its high of $107.

Worse, the UX is appalling. “I don’t get it,” grieves one novice trader on the same Discord group. “Why is this so complicated? I don’t understand how the pricing works and I have a math degree....”

That’s why Augur—one of the most promising decentralized applications to launch on the Ethereum mainnet in mid 2018—is due for a rethink. Augur 2.0 will introduce a ton of new features designed to seduce those not unconditionally loyal to the decentralized cause—normal people, essentially. The new and improved Augur is scheduled to drop sometime in late September (with any luck).

Born of a $5.3 million token sale and the same intoxicating stew of anti-government defiance and hyper-pragmatism that informed projects such as Spankchain, Augur lets its users bet on anything. As with other “prediction markets,” it’s designed to tap into large, informed crowds’ knack for predicting the future, the so-called “wisdom of crowds.”

As one of the old-school Ethereum platforms that is truly decentralized, Augur is also immune to the regulations that have threatened every other attempt at building a prediction market, including noble failures like Intrade and the Hollywood Stock Exchange. The “Forecast Foundation,” which develops Augur, is incapable by design of shutting the platform down, even if pressured by governments or law enforcement. Bettors’ winnings are doled out by digitally self-enforcing smart contracts, rather than bookies, which means they can’t be co-opted.

The result is the high watermark of crypto Utopianism: software that lives in perpetuity, well after its founders, executives, funders and, ultimately, users, have abandoned ship. As one pundit (ironically) described the conceit: “No one ‘runs’ a crypto firm...we are merely the mortal agents through whose minor works the dream of disaggregated ledger currency manifests on this most unworthy of Prime Material Planes.”

That’s sort of how Augur is supposed to work.

Functionally, at least, Augur lives up to these promises. Despite the almost immediate proliferation of dicey “assassination markets”—markets that could be seen as motivating bad actors to kill celebrities—the government still hasn’t shut the whole thing down. It doesn’t appear to have even tried (despite provisions against developers who can “reasonably foresee” abuse of their platforms.)

“We're unaware of anyone attempting to ‘shut down’ Augur,” agreed Tom Kysar, Augur’s director of operations. “And from a technical perspective, there is no way to stop or shut down the Augur contracts running on Ethereum.” Indeed, a PGP-signed notice posted by the Forecast Foundation on August 1 reads: “As of August 1st, 2019, the Forecast Foundation has not been contacted by any agency anywhere in the world in a way which requires that contact not to be disclosed [sic].”

Meanwhile, Augur has already drawn in some serious high-rollers, including one anonymous trader who bet a half million dollars’ worth of ether on the 2018 U.S. midterm election market—after the other, regulated prediction markets and betting platforms like Ladbrokes wouldn’t let him.  (But then again, that bettor was supposedly responsible for some 95 percent of that market’s liquidity.)

An estimated $19.8 million in winnings (according to very back of the envelope calculations via this Augur wallet—Kysar reckons it's more like 12.5 million) has been paid out to bettors who have used Augur.  And it does have an impressive track record of predicting the future—96 percent of bettors reckoned that the Democrats would take the house in the 2018 midterms, for instance, while 99 percent of traders correctly guessed that the price of Ethereum wouldn’t exceed $500 by the end of 2018.

Likewise, observers give high marks to the elaborate game theory that cuts to the core of Augur’s identity: the decentralized network of “reporters” who are, supposedly, token incentivized to collectively resolve markets through votes.

“The game theory and logic behind it hasn't been broken,” said Kysar. “Markets haven't resolved incorrectly, and there have been no excessive disagreements. A few markets have gotten to multiple dispute rounds, however in the end, the oracle has remained honest and reflecting reality.”

Krug, who is perhaps his creation’s most unflinching critic, agrees: ”It’s been successful in the sense that Augur is functional, the reporting system works, etc. Now it’s all about making it faster easier and cheaper to use, releasing a betting UI, and then scaling it up.”

Enter Augur 2.0. Among other things, the upgrade will make the prediction market more user, and mobile friendly (preview here). The upcoming version will feature an “affiliates” program, designed to draw in new users; users will find it easier to assess their risk; and they can even outsource trading to a decentralized exchange called 0x.

But the real innovations are the introduction of the stablecoin Dai, and a new betting option: “invalid.”

Dai, a dollar-pegged stablecoin backed by 2 percent of the ether in circulation, is intended to ease the fears of traders whose staked funds, denominated in ether, are prone to devaluing suddenly.

But Krug acknowledges that even with Dai, one of Augur’s most oversold use cases—that the betting platform could be used by poor farmers in developing countries to “hedge” against adverse weather conditions, similar to paying an insurance premium—may be a long shot.

“Most people in developing countries can’t easily get assets like Dai or even ether yet,” he says. “They mainly use bitcoin. Like in Venezuela and  Argentina, it’s primarily BTC, not ETH or Dai. So onramps for that are a prerequisite.”

Another hotly anticipated upgrade, the “invalid option,” attempts to solve a different problem.

Earlier this year, a spoofer called “Poyo” duped traders out of thousands of dollars by exploiting the way in which ambiguous markets—“will the weather be pleasant on August 20?”—are invalidated, that is, rendered obsolete by Augur’s users. When a market is judged to be invalid, all bets are returned evenly to the bettors, allowing those who strategically bet tiny amounts to profit.

Poyo’s ploy was to make the ambiguities vague enough that traders would be drawn to his rigged markets, so that he could profit. Augur 2.0. introduces a third betting option that will flag such ambiguous markets up—as well as binary options, users will see the percentage of traders who have judged a market to be invalid; a market might read “33 percent yes, 33 percent no, 33 percent invalid.”

It’s imperative that these changes bring in new users. The importance of this is demonstrated by the looming fate of Augur 1.0—as core users migrate to the new, Augur 2.0 protocol, the old one will become almost unusable: bets won’t pay out, reporters won’t be compensated, scammers will run riot.

Augur may indeed live forever, but without users, it won't be much of a life.