Mark Cuban Urges Coinbase to 'Go on the Offensive' Against SEC

Billionaire Mark Cuban gave some advice to Coinbase CEO Brian Armstrong on how to deal with a potential SEC lawsuit. 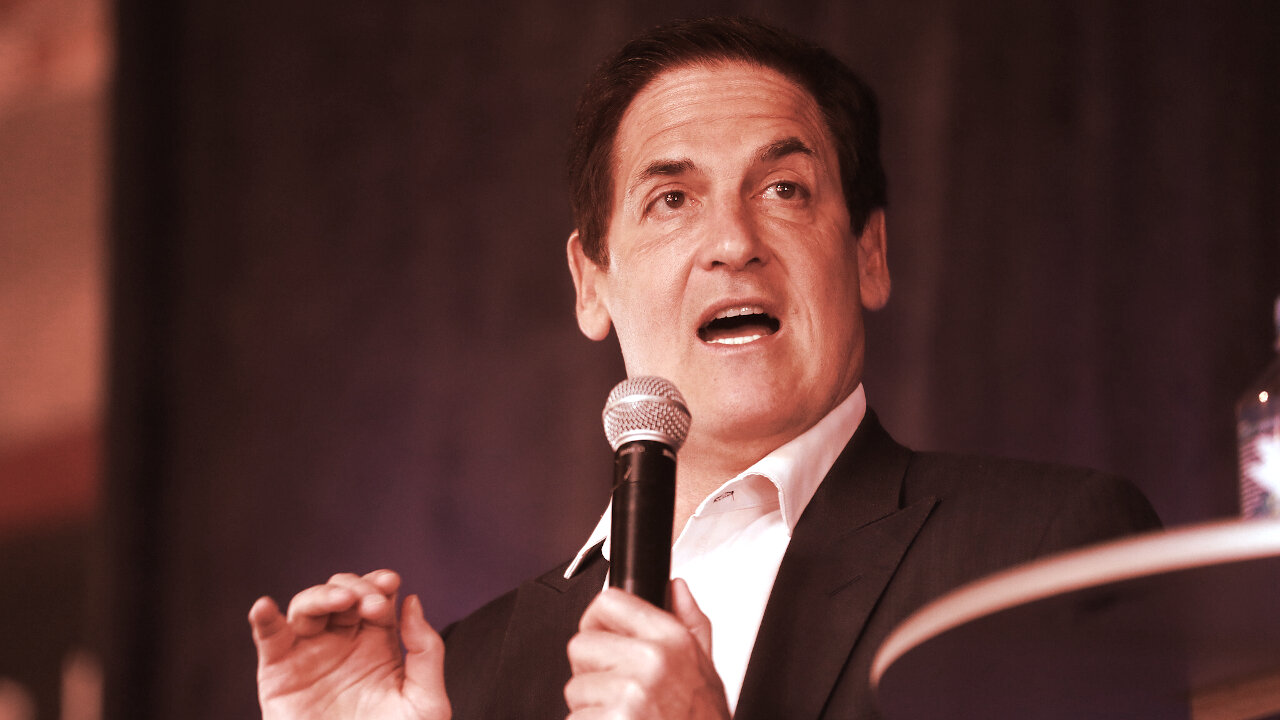 The billionaire entrepreneur and crypto investor today urged cryptocurrency exchange Coinbase to "go on the offensive" against the U.S. Securities and Exchange Commission after the agency allegedly threatened to sue it over Coinbase's forthcoming Lend program.

"Brian, this is 'Regulation via Litigation,'" Cuban tweeted to Coinbase CEO and founder Brian Armstrong. "They aren't capable of working through this themselves and are afraid of making mistakes in doing so. They they [sic] leave it to the lawyers. Just the people you don't want impacting the new technologies. You have to go on the offensive."

In an email followup, Decrypt asked Cuban for specifics on how Coinbase should go on the offensive, but Cuban said, "It's up to them."

Brian, this is "Regulation via Litigation". They aren't capable of working through this themselves and are afraid of making mistakes in doing so. They they leave it to the lawyers. Just the people you don't want impacting the new technologies. You have to go on the offensive

In Coinbase's telling, the company has been taking a more collaborative approach, meeting with regulators for half a year in an attempt to get its Lend product approved—only to be stonewalled by an agency that will rule on the legality of the product but not share the reasoning behind the ruling.

Coinbase Lend, which was first announced in June but has yet to launch, is a product that promises USDC stablecoin holders on Coinbase 4% returns on their savings; the exchange plans to expand the program to other currencies. It's akin to products from BlockFi and Celsius, which offer high-interest yields on certain cryptocurrencies, including Bitcoin and Ethereum.

Just because BlockFi does it—having taken a more aggressive approach than Coinbase—doesn't mean yield products are legally in the clear.  Preston Byrne, a prominent lawyer in the crypto space, argued in a tweet that products offering a yield are securities under U.S. law (though he also argues that the U.S. should change its rules around such peer-to-peer lending platforms). Several securities regulators agree; BlockFi has received cease and desist or show cause letters from five states over its BlockFi Interest Accounts.

According to Coinbase Chief Legal Officer Paul Grewal, the SEC issued the company with a Wells notice informing the exchange that the Commission planned to sue. That's counterproductive, wrote Grewal: "Formal guidance from the SEC about how they intend to apply Howey and Reves tests to products like Lend would be a big help to regulating our industry in a responsible way. Instead, last week’s Wells notice tells us that the SEC would rather skip those basic regulatory steps and go right to litigation."

But Cuban suggests that taking it to court may behoove Coinbase and other crypto actors, who have long complained that the agency should be more proactive about explaining its decision-making—a point that SEC Commissioner Hester Peirce has also made.

Cuban has a history with the SEC. In 2013, he won an insider trading case brought against him by the agency. Cuban refused to settle, as most subjects of SEC enforcement actions do, instead opting to go to trial and spending $12 million before being exonerated by a jury.

Marc Steinberg, a law professor at Southern Methodist University and former SEC enforcement attorney who testified on Cuban's behalf, argued that the agency relied on stretching or ignoring legal precedent in an attempt to bully Cuban into submission.

Coinbase, the biggest cryptocurrency exchange in the U.S., has the resources to fight the SEC, and Armstong concluded in a tweet thread that that's possible, but he'd rather not take it there. "America could really use us all working together to figure this out right now," he wrote.

Sure, but that's not how this game is traditionally played.