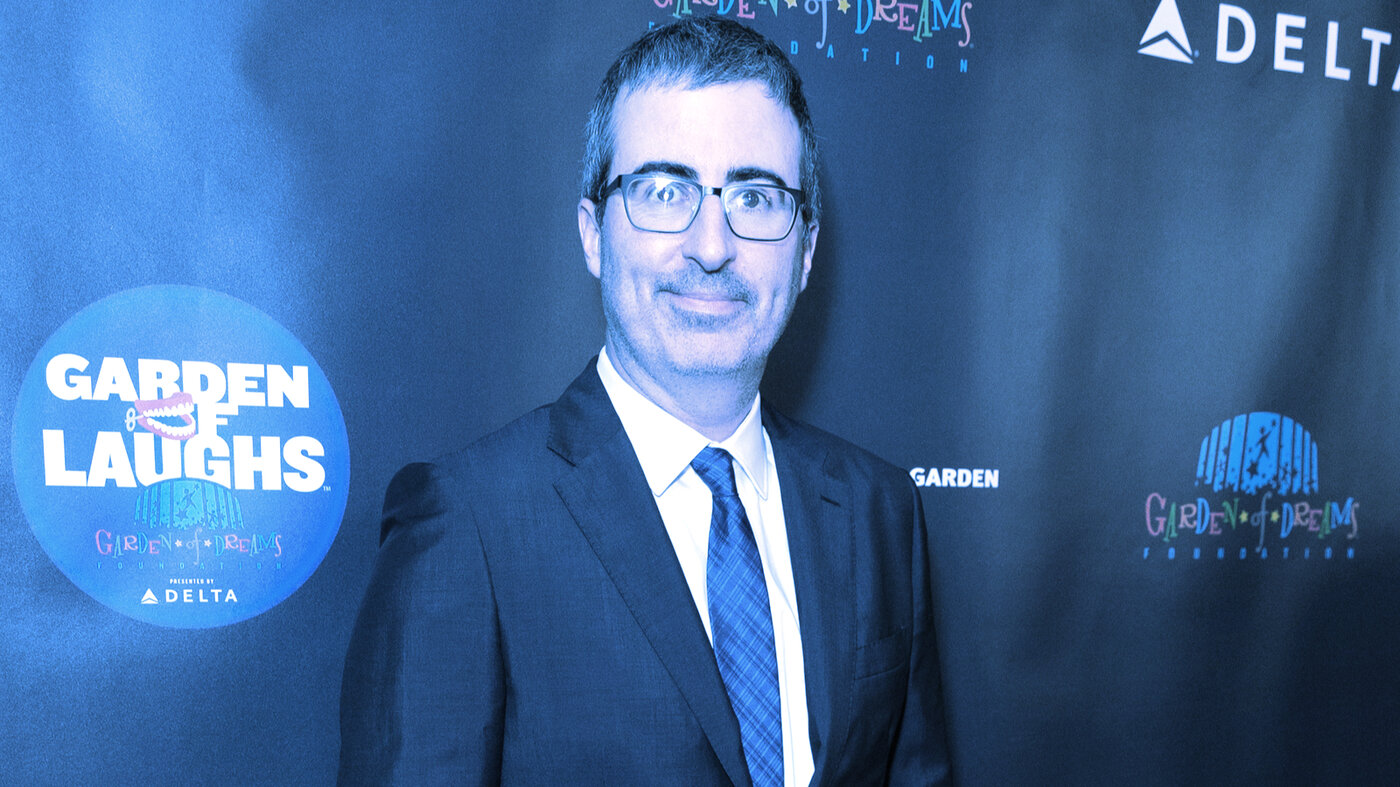 “There’s a pretty clear subtext to what they’re selling there,” Oliver said in reaction to a Monero promotional video that tells users they could be their own bank and “escape government repressions and nosy neighbors or crooks.

Oliver claimed that the advertisement wasn’t “telling you what to do with our product,” but was “leading you to a very specific conclusion.”

“It’s like seeing a cheerful ad for plastic tubs, the size and shape of a human body,” he said.

“This isn’t for anything in particular, there’s all sorts of human body-sized things you could put into one of these sturdy tubs. Also, they’re scream proof. No matter how much sound something makes inside, you’ll never hear it.”

Oliver’s Monero comments came as part of a wider monologue about ransomware, one of the United States’ most prioritized national security threats under the Biden administration.

Monero is a “privacy coin,” a type of cryptocurrency that differentiates itself through its privacy features. Most cryptocurrencies, like Bitcoin, publicly record every transaction on the blockchain, where it can be tracked using block explorers.

Their wallets are pseudo-anonymous rather than fully anonymous; although they’re a string of alphanumeric characters without any identifying information, it’s possible to link wallets to individuals and trace their transaction history (indeed, there are firms like Chainalysis who specialize in this activity).

Monero, and other privacy coins like Zcash and Dash, use an array of cryptographic techniques to obfuscate and obscure potentially identifying information. Their advocates argue that digital money should have the same level of privacy as physical cash, and that users should be entitled to choose what information on their transaction history they share with governments and other third parties.

But those very privacy features mean that coins like Monero have also become popular for illicit activities such as money laundering, criminal transactions on the dark web, and ransomware.

Ransomware and the United States

The Biden administration has elevated ransomware to a priority level similar to terrorism, following a summer of high profile attacks against critical American infrastructure.

As part of the government’s policy response to ransomware and cyber warfare, a new task force was created in order to trace illicit cryptocurrency payments.

But, as Oliver points out, privacy coins like Monero are deliberately designed to be near-impossible to trace by law enforcement. This, coupled with a perceived lack of foreign state interference to stop cyber criminals in their tracks, makes ransomware a difficult national security threat to handle.

“When you put all of this together with cyber criminals able to buy ransomware off the shelf, get paid in a currency that is hard to trace, and work free from state interference, is it any wonder we have such a massive problem on our hands?” Oliver added.

Monero in the news

This is not the first time Monero has been accused of facilitating illicit activity.

In May of this year, Norwegian police tried to crack Monero (and another privacy coin called Dash) as part of a wider investigation into a missing person case.

“I do not want to comment specifically on what we have done or are doing in the context of Dash and Monero, or what we have achieved,” police attorney Richard Beck Pederson told Norwegian outlet VG.

“But I can say that we have a hope that this track will lead to a result that is important for the investigation,” he added.

"I don’t fault John Oliver for poking fun at an old Monero ad, that is his job after all. I am disappointed however that he was unable to recognize the utility of a private and untraceable cryptocurrency in a society of ever growing mass surveillance," Leo Oenomaus, Monero outreach organizer, told Decrypt.