Is the NFL Ready for NFTs?

NBA Top Shot has led the NFT boom and several top NFL stars have entered the fray on their own. Can the league itself be far behind? 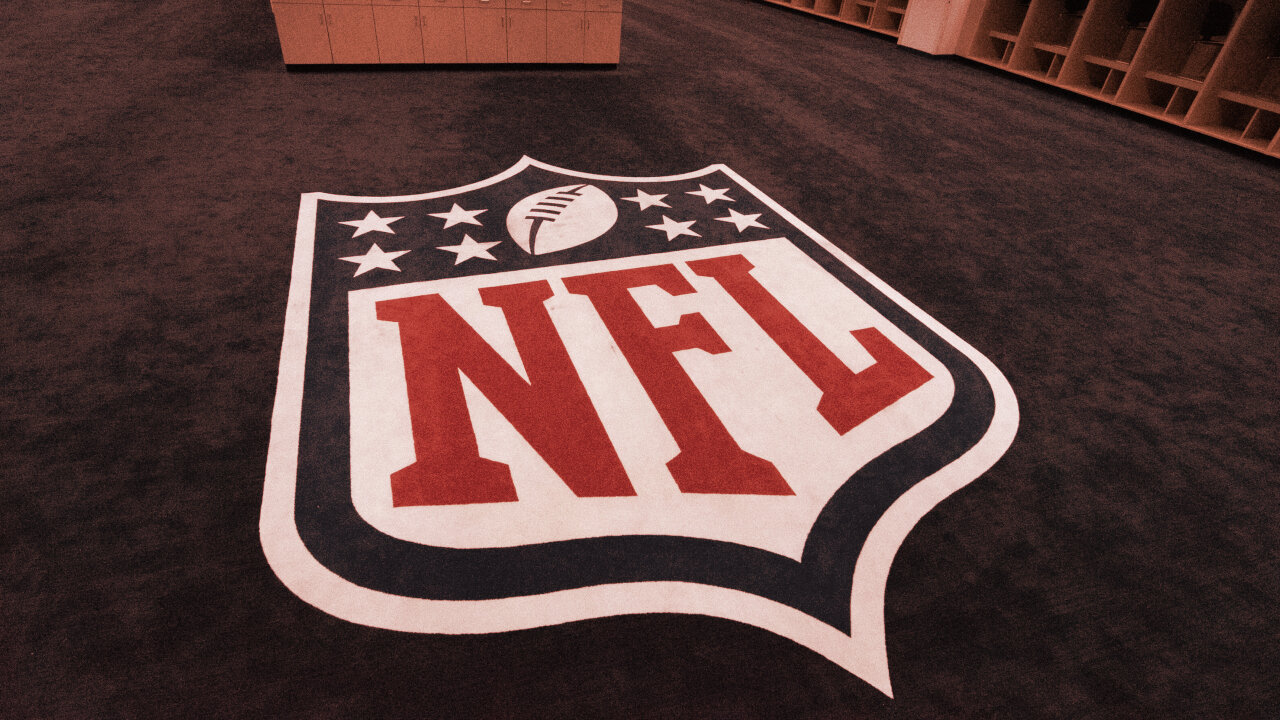 Digital collectibles sold as non-fungible tokens (NFTs) have exploded in value and demand so far in 2021, with more than $1.5 billion in transaction volume in the first quarter alone, according to the latest figures from DappRadar. While digital artists like Beeple may have provided some of the splashiest moments in the space so far, it’s the sports world that’s leading the way.

One project has led the surge in both dollar value and overall visibility: Dapper Labs’ NBA Top Shot, which lets fans collect and sell real NBA video highlights. The NFT space is flourishing and the NBA has been the first sports league to capitalize on that. But where is the NFL, the world’s most profitable sports league, with its enormous and rabid fanbase?

NBA Top Shot launched to the public in October 2020, but exploded after the turn of the year, recently marking more than $500 million in total trading volume to date and driving Dapper’s valuation up to $2.6 billion (with a rumored bump to $7.5 billion incoming).

Each Top Shot moment is tokenized on the Flow blockchain and assigned a rarity grade and edition number, certifying its scarcity and helping to fuel demand. While randomized NBA Top Shot digital packs sell for as low as $9 (and as high as $999), the individual moments within can be significantly more valuable: a single LeBron James dunk moment sold for $387,600 in mid-April, and a few others have likewise broken the six-figure mark.

The Moment was sold on @Heritage_Sport. Congrats to the buyer and seller! 🍾🎉 pic.twitter.com/3JD1kFaGfT

Top Shot has also helped introduce NFTs to the mainstream, providing a new revenue stream for sports leagues, teams, and players amidst the pandemic. In March, Front Office Sports reported that “the NFL, NHL, and MLB have been in talks with Dapper Labs and others in the NFT space” to create their own collectibles platform. Dapper Labs’ Caty Tedman, Head of Marketing and Partnerships, confirmed to the publication that they have “talked to a lot of other major leagues.”

The WNBA will get in on the Top Shot action later this year, Dapper has confirmed, plus the firm has a deal with Ultimate Fighting Championship (UFC) from February 2020 that has yet to bear fruit. Major League Baseball arguably arrived too early to the NFT boom with the 2018 launch of MLB Crypto Baseball (later rebranded to MLB Champions), a blockchain-driven game with digital collectibles that didn’t catch on. That project was discontinued, although Topps just launched its first set of MLB cards on the WAX blockchain. Meanwhile, racing leagues like Formula 1 and MotoGP have their own collectibles-driven crypto games.

What about the NFL?

Where is the National Football League in all of this? The NFL is the highest-grossing sports league in the world, with an estimated $16 billion in pre-pandemic revenue in 2019 versus $8.76 billion for the NBA for the 2018-19 season.

Sports Business Journal reported in March that the NFL’s Chief Media & Business Officer, Brian Rolapp, sent a memo to teams explaining that the league was looking into blockchain technology—for both ticketing and collectibles. "We believe there is considerable opportunity in the space that can benefit all clubs through both direct and indirect economics by leveraging our platform at the national level,” Rolapp reportedly wrote about NFT collectibles. (Requests sent by Decrypt to the league for comment went unanswered.)

In a March panel discussion moderated by Decrypt, Tedman—who previously worked for the NFL and NHL—said that she believed the American football league could thrive with NFTs, even if it might not be one of the first to market in the space.

“If you think about the NFL, they don’t always do it first—but they try to do it best. Learning from the NBA is very much in their playbook,” she said. “When we think about the kind of products that we would build with other partners, we think about customizing it for those fan bases. We can’t just slap NFL players on NBA Top Shot and make it work. I think the NFL could be incredibly successful [with NFTs]."

In that March panel discussion, Tedman said that partnering with Dapper Labs—whose seminal CryptoKitties NFT experience nearly crashed the Ethereum blockchain—was a “risk” for the NBA when they started talking a couple years back. The NBA, called the “most tech-savvy league” by Fast Company in 2018, took a chance on NFTs before the craze and has been rewarded handsomely. Is the NFL ready to make the same kind of jump now, when NFTs are a proven commodity?

“[I] don’t see anything in their way,” said veteran sports marketer Bob Dorfman, Creative Director at Baker Street Advertising. “While the league may not be as innovative and quick to respond as the NBA, there’s no way the team owners would hesitate to move rapidly to take advantage of such a huge revenue stream.”

In the meantime, NFL players have been quick to fill the void with their own personal NFT collections. Tampa Bay Buccaneers tight end Rob Gronkowski, the four-time Super Bowl champion and arguably one of the league’s most popular players, was one of the first out the gate in early March. He ultimately sold more than $1.6 million worth of digital trading cards of himself, and soon after, Kansas City Chiefs quarterback Patrick Mahomes sold more than $3.7 million worth of crypto artwork based on himself.

Former NFL tight end Vernon Davis was one of the first retired players to offer up his own set of NFT collectibles, including digital cards and 3D renders of equipment and himself as an action figure. Davis, who has turned to acting in and producing films since retiring from the league, told Decrypt in March that he also believes the NFL is primed to make an NBA Top Shot-like league-wide move into NFTs.

“Definitely, I think they’re ready. They have a big brand, they have a great reputation,” said Davis. “The apples don’t fall too far from the tree. If they see the NBA doing it and having success, I think they’ll definitely be inclined to get into it as well.”

Some of the NFL’s most popular players, both (recent) past and present, have gotten into the NFT fray in just the past few weeks. Peyton and Eli Manning, both retired Super Bowl-winning quarterbacks (and brothers), recently launched a collection of NFT artwork on MakersPlace, with a portion of proceeds going to charity. Meanwhile, Buccaneers quarterback Tom Brady—the seven-time Super Bowl champion—will launch a full-service sports NFT platform called Autograph along with execs from Apple, Spotify, DraftKings, and more.

Pittsburgh Steelers outside linebacker Cassius Marsh is another player entering the NFT space by opening the doors for other athletes. Marsh and A.I. entrepreneur Kenneth Kuo have announced their own platform and creative agency called OWNR, which Kuo told Decrypt offers “NFT as a service” capabilities for athletes. Marsh will be the first athlete to launch his own collection via the platform, but the co-founders say that others will be announced soon.

And just wait until you see what @Micah_Johnson3 and his team have come up with to complete the collection. Want a preview? Check out the video before we go live Friday at 3 PM ET on https://t.co/xTI8cL4TQg pic.twitter.com/wNIGHRwvux

For Marsh, a noted Magic: The Gathering enthusiast and physical card shop owner, getting into digital collectibles was both an extension of his interests and an opportunity to help players benefit from their own popularity. He believes that the NFL will make the leap into NFTs at some point, but that crypto collectibles offer individual value to athletes as well.

“I’m assuming that [the NFL is] seeing the type of money that’s being spent on these NFTs, and so I’d imagine that there’s some sort of game plan for that to happen in the future,” Marsh told Decrypt. “I know that the players are ready for it. I think it’s something really cool for the fan base and for sports in general. Until then, OWNR is ready to take care of the guys and give them an opportunity to make more money and take advantage of their likeness.”

“As a professional athlete, your likeness is used all different ways, the majority of the time in ways other than for yourself. The NFL uses my image all the time,” he continued. “With NFTs, it gives you a chance to use your image to make money for yourself and do something the way that you want to do it. I definitely feel like the NFT space gives athletes a financial advantage and an opportunity.”

Although Marsh is certain that the NFL will explore the NFT space at some point, he didn’t want to speculate too much about the league’s plans: “I’ll let the NFL work that out for themselves,” he said. “If there’s anything I’ve learned in the seven years of being in the NFL, it’s to never assume anything and just let them do their thing. I don’t assume anything about the NFL.”

Soon, every player may have their own digital collectibles. Ecomi’s NFT platform VeVe noted in a March update post that it has a license with the NFL Players Association (NFLPA), but has not yet announced details of the arrangement. If VeVe only has an agreement with the players’ union and not the league itself, then it will not be able to feature team and league branding in the NFTs. Decrypt has reached out to VeVe for further details on its agreement(s) and plans.

Rapp sees big potential for player-driven NFT collections, describing them to Decrypt as being “the future of sports trading cards” and “like a stock for each player,” potentially rising with the player’s own value due to excellence and/or notoriety on or off the field. He anticipates a surge of players getting into the NFT space before the league has a chance to act.

#StopAsianHate@trapp07 is launching his Year of the Ox NFT collection today to help raise funds to combat anti-Asian hate.

“I don’t think the NFL will get to a point where they’re launching a league-wide collection like NBA Top Shot,” he said. “I just think the players individually will get there first with their respective teams and agencies. I think this is just such a new space and market that players and their agencies will just try to rush to get into the market to attempt to not miss out.”

Dorfman, the sports marketer, disagrees. If anything, he suggests that the clear and rising interest from players and their fans to take advantage of the NFT opportunity will only hasten the league’s entrance into the space. The NFL might have missed the chance to be one of the first movers in the sports NFT space, but with its massive popularity and reach, an official NFL NFT platform could make a big impact no matter when it launches.

“Individual players jumping on the NFT bandwagon can only inspire the NFL to move as quickly as possible to develop their own league-wide program,” said Dorfman, adding: “It’s only a matter of time before the NFL has a league-wide NFT plan in place. The market is too hot and too valuable for them to pass it up.”