Will Dapper Labs’ latest blockchain affair be a slam dunk with the wider NBA fan base? We checked it out ahead of the launch.

CryptoKitties might have introduced crypto collectibles to the world. But considering the NBA’s international appeal and the long-term popularity of collecting sports cards, NBA Top Shot could be the Flow blockchain-driven experience that ultimately has the largest impact.

Launching in a public open beta today after a few months with a closed group of testers (that reportedly generated about $2 million in revenue), Dapper Labs' NBA Top Shot pairs the classic hobby of collecting cards with some modern technological twists: video-infused “moments” along with the blockchain-powered ability to collect, buy, and sell provably scarce digital assets.

In addition to the existing web-based interface, Dapper Labs today also launched a native Android version available exclusively to Samsung devices via the Galaxy Store. After serving some 17,000 users in the closed beta test, NBA Top Shot now has the potential to reach a much wider audience across all compatible devices. 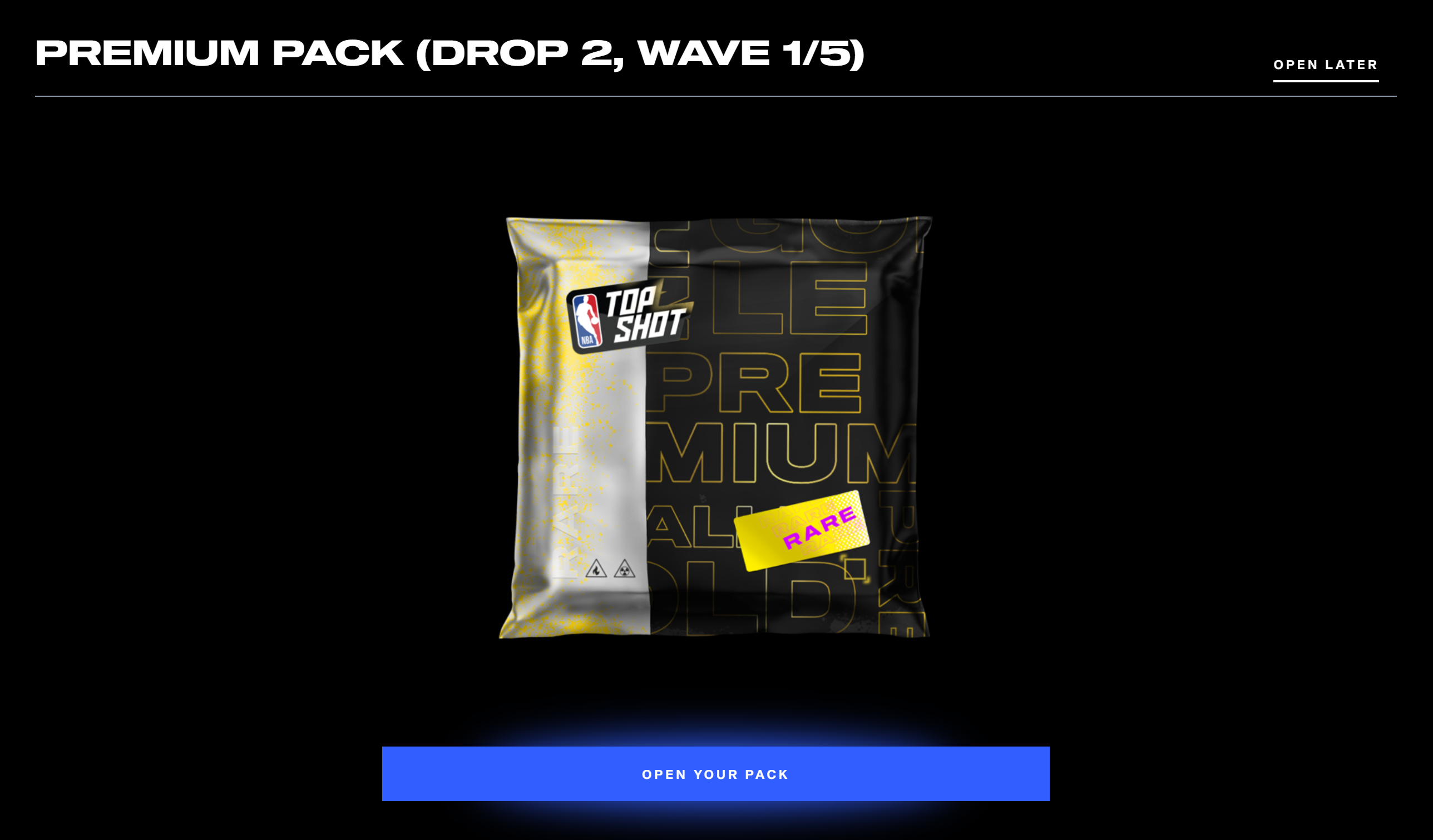 I’ve spent the last few days checking out NBA Top Shot ahead of today’s wider release, buying and opening digital packs, slowly amassing a small collection, and scoping out the wild asking prices for ultra-rare moments based on ultra-popular players. Opening a pack of NBA Top Shot moments doesn’t have the same tangible sensation as ripping open a pack of cards, but that hopeful sense of anticipation still remains.

The packs here are much pricier, however: a common “Hometown Showdown: Cali Vs. NY” pack—the only one available as of Wednesday afternoon, when I’m writing this—was $9 and came with three moments. Meanwhile, a rare Premium Pack cost $24 and came with six moments, one a rare Metallic Gold LE edition. On the other hand, a sold-out Holo MMXX drop pack with 10 included moments went for $230. 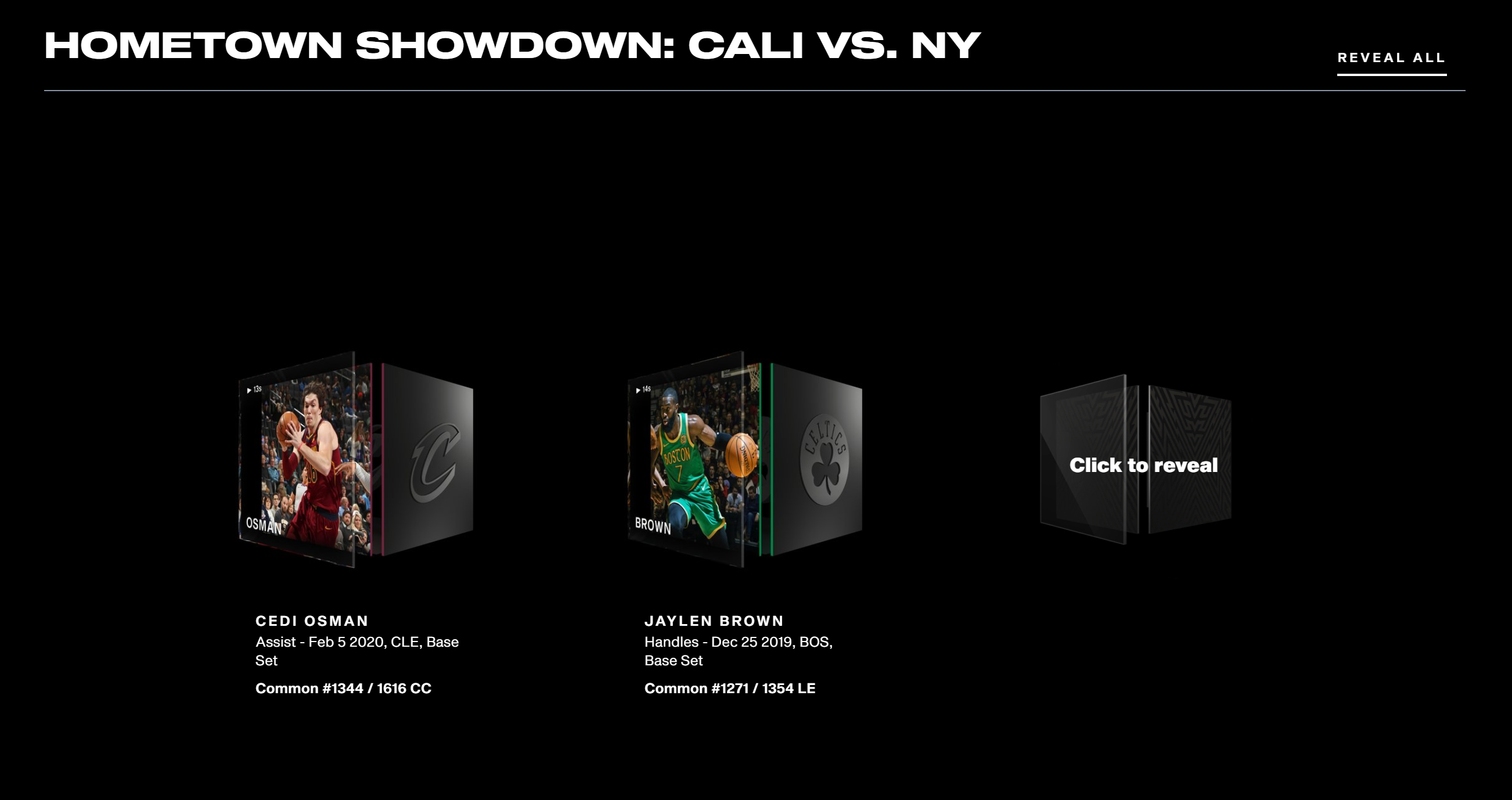 Each moment you collect is presented as a slick little video package, with an animated 3D box design giving way to a short highlight clip from the current NBA season. They’re the same highlights—dunks, three-pointers, blocks, etc.—that you’d see while watching SportsCenter, albeit wrapped up as a tokenized collectible with visual flourishes along with a clearly-stated rarity rating and edition size.

NBA Top Shot isn’t really much of a game, per se, as the interactive elements at this point primarily exist to push you toward buying, trading, and collecting more moments. Limited-time challenges are designed to encourage you to collect certain sets of cards or amass a particular number of a card type, for example, effectively nudging you to take a chance on more packs or directly seek out what you need in the built-in marketplace.

Clicking the marketplace tab initially showed me a range of individual moments being sold by users in the $10-20 range, with some priced as low as $1. Sort by asking price, however, and you’ll see NBA Top Shot’s crown jewels: a “Cosmic” edition LeBron James dunk, for example, which currently has a low asking price of $4,222. 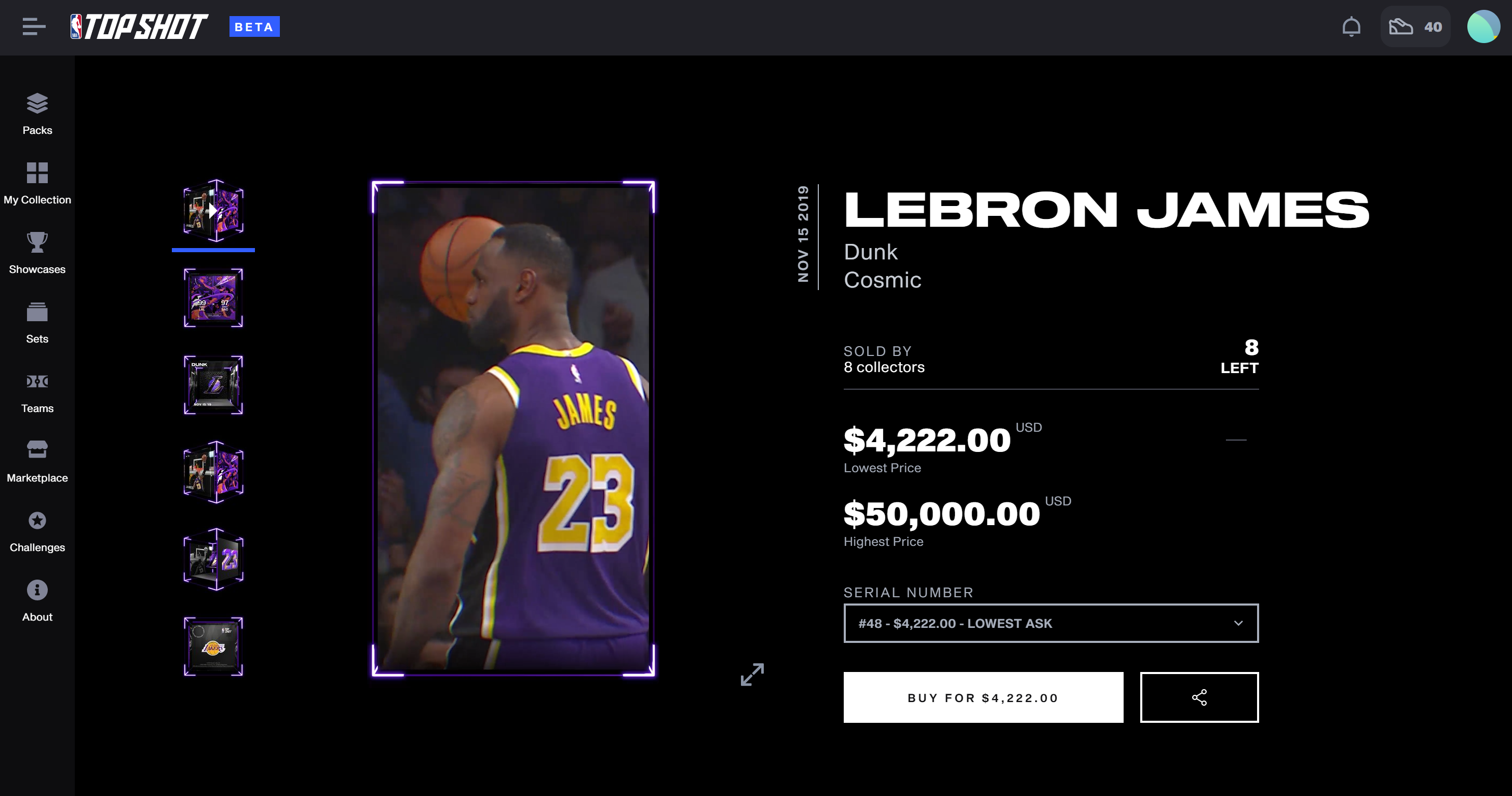 While no other current moment is priced as high as that LeBron dunk, several others have four-digit asking prices. And to be fair, there are physical basketball cards estimated to be worth as much as $90,000, but those cards are decades old.

As NBA Top Shot launches widely today, we’ll find out whether the average NBA fan and card collector will be willing to spend big on random digital packs or invest in super-rare marketplace cards. We’ll also see whether the early momentum suggested by Dapper Labs’ reported numbers will continue once (or if) NBA Top Shot grows beyond the crypto faithful.