For Bitcoin’s scaling solution, 2019 has gone by in a flash—of innovation. 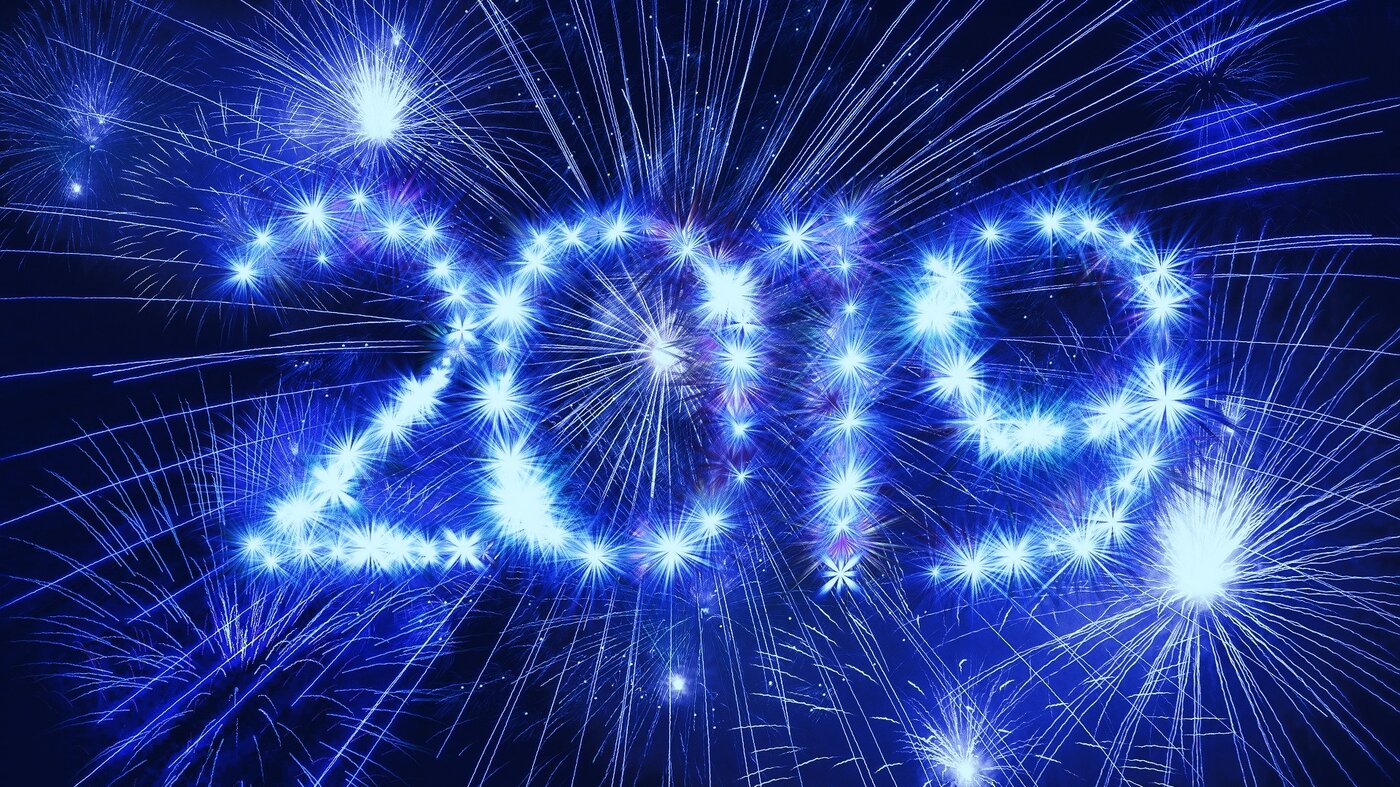 It’s been a year of non-stop development for the Lightning Network—a super-fast payments layer on top of the Bitcoin blockchain that allows users to send and receive bitcoin quickly and cheaply.

It’s easy to forget how far Lightning has come as it makes strides towards mainstream adoption, and that it’s not yet mature. So let’s take a step back and take in just what it’s accomplished in the last year.

At its core, the Lightning Network is a decentralized system for instant and high-volume bitcoin micropayments—with payments as low as 1 satoshi (worth $0.0001) instantly recorded on the network. It's regarded by many Bitcoin fans as vital in enabling Bitcoin to scale in order to support millions of payments and users per day.

Launched in 2018, the Lightning Network consists of channels that allow users to move money between each other without needing to use the Bitcoin blockchain to verify the transaction. Instead, there’s a quick verification of funds from the buyer and the request from the seller, so the transaction can happen, but the actual settlement takes place later.

Great way to visualize how Atomic Multi-Path payments work on Lightning Network via this emulator by @robtexdotcom https://t.co/nR2FlrBEcf pic.twitter.com/aYemtdIltY

“For the Lightning Network, 2019 was a year where the developers made a lot of progress getting the base layer rock solid,” said Blockstream’s Mow.

In the first six months of 2019, Lightning doubled its node count and capacity, making the network more robust. By September, the number of nodes on the network had hit 10,000. New tools, utility and UX innovations went live. Bugs were found and fixed; people lost their bitcoin on the network, and found it again.

Last week, Blockstream announced that a fix is very near for one of the biggest problems facing Lightning: sending larger payments across the network.

Tests to make so-called multi-path payments interoperable are now complete, Mow told Decrypt. “Multi-path payments allow for multiple channels to be used together in concert,” he explained. This will allow payments to be split into smaller chunks so that large amounts of bitcoin can be sent both quickly and cheaply. Channel capacity becomes less relevant, and routing options multiply.

In March, the Lightning Torch went around the world. During the process the torch—a symbolic payment of $100 in bitcoin—was passed from one person to another (including Twitter CEO Jack Dorsey and LinkedIn CEO Reid Hoffman,) with each recipient adding 10,000 satoshis before passing it on. While the experiment was hailed as a big success, it pushed the boundaries of bitcoin payments, and the Network hit liquidity problems within its channels, highlighting the challenges posed by larger payments.

That’s why for Mow, the progress made with multi-path is “the most significant development” of the year for Lightning.

Hey @elonmusk, only 3 spots left to take the #LNTrustChain torch. First you were CEO of Dogecoin, now you can be CEO of Lightning. 😜⚡️

The Bitcoin blockchain clocks in at 250 gigabytes—and it keeps on growing. That’s beyond most phones—even the HTC Exodus 1s “blockchain phone” needs to be plugged in and upgraded with a microSD card to run its much-vaunted full Bitcoin node. Taking the Bitcoin blockchain on the go isn’t an option, so you need a wallet or an app on your phone that checks Bitcoin transactions.

Enter the Neutrino light client, or LND, which provides access to a very basic version of the Bitcoin blockchain, but can fetch a relevant block when data needs to be checked, keeping data usage to a minimum.

This year, Tel Aviv-based bitcoin wallet and payment services provider Breez was the first to introduce a Neutrino-based client for its app, for both Android and iOS.

“We want Bitcoin to be adopted by the masses, but we don’t want to lose the core Bitcoin values of being a decentralized platform [that’s] censorship resistant,” Breez co-founder Roy Sheinfeld told Decrypt. “The fact that we were able to bring Lightning to mobile without compromising privacy or security, using Neutrino, is the big advance, for me.”

Other Lightning clients are adopting Neutrino, including wallets Zap and Nayuta. And sending bitcoin tips on Twitter also got easier as tippin.me, a platform that enables micropayments in bitcoin via the Lightning Network, launched a mobile version in September.

A year ago, Lightning users had to take their fiat to an exchange, go through all the hassle of know-your-customer (KYC), deposit their bitcoin into an on-chain wallet, and then transfer it to an off-chain Lightning wallet.

The process of changing fiat directly into bitcoin on Lightning has come on in leaps and bounds over the past year. Services like Olympus from wallet-developer Zap, Sparkswap and Escher, have created a rapid on-ramp to the Lightning Network, so that users can buy BTC with fiat and have it deposited directly into their Lightning channels.

In August, department store Pricerite started accepting bitcoin at its new concept store at the popular MegaBox shopping centre in Hong’s Kong’s Kowloon Bay area. It converts crypto payments into Hong Kong Dollars in real time at its cash registers. With Lightning, that’s now possible in a matter of seconds, according to Pricerite.

To use Lightning, users have to open a payment channel with a counterparty node. But how to choose from the thousands that are out there? Some have better connections, others have superior channel liquidity.

To provide for simplified channel management, this year, developers at Lightning Labs turbocharged Autopilot, a helpful aid to getting started on Lightning. It uses heuristics to help new users choose a node, and is built into the protocol.

Another way to easily connect to the network is through plug-and-play Lightning Service Providers (LSPs,) which have come to the fore this year. LSP’s such as Breez, LightningTo.Me, LNBIG.com, and Bitrefill's Thor provide services such as customization options, immediate liquidity, robust connections with other LSPs for effective routing options, even rebalancing payment options with other LSPs to ensure payments move freely.

Lightning’s Submarine Swaps get out and about

It’s been a big year for Submarine Swaps, which make it much easier to jump between the Bitcoin blockchain and payment channels. They allow Lightning users to transfer funds between a payment channel and their on-chain wallet without having to close and re-open the channel.

In 2019, Submarine Swaps were integrated directly into several mobile Lightning clients, making it much easier to do things like top up a payment channel in order to make purchases.

This year, Lightning Labs also released Lightning Loop: a service to perform Submarine Swaps that’s ready right out of the box. It allows users to receive bitcoin in increasing quantities without having to close and reopen new payment channels.

Submarine Swaps can now be made both on-chain (with the Munn wallet, for instance) and off chain with Breez, which lets users top up their Lightning payment channels from an on-chain wallet.

This year saw the introduction of so-called Watchtowers—third-party nodes to which a user delegates the responsibility of monitoring their channel activity.

The Lightning protocol has a built-in mechanism to punish anyone who tries to cheat their counterparty by publishing an out-of-date channel state. But, until this year, there was no recourse if the cheated party was offline, or if their client was not monitoring their channel activity.

Watchtowers ensure that users’ channels, and the network as a whole, are safer. Since they only receive transaction data in case of an actual attempt to cheat, the added security comes at a low cost in privacy.

New tools and plugins make it easier to get to Lappland

Lapps, the decentralized apps of the Lighting Network, are proliferating.

There’s an impressive list here and here, but two popular new ones include Paywall.Link, which gives content creators a direct-to-Lightning paywall so they can get paid for blogs and other content, and Sats 4 Likes, which allows users to buy followers or likes in return for satoshis on Lightning. These days, it’s even possible to order pizza via Lightning, with the Fold web app.

With new tools and plugins, lapps are getting easier to create, too: this year, a seven-year-old (and his dad) built a zombie hunting game that takes bitcoin Lightning payments.

We want to obfuscate complexity, and make it a seamless experience, like with the Internet.

In February, a new code release from Blockstream gave developers an interface and plugins that makes it even easier to build their own features into Blockstream’s open source c-lightning software.

“For Blockstream’s c-lightning, 2019 was the Year of Plugins, where Rusty Russell and team made everything modular and customizable,” said Mow.

The upgrade also introduced innovations such as monitoring tools, which run alongside a node to check if it’s alive and kicking. There’s also a “probing” plugin that pings random Lightning nodes on the network, to judge their reaction and establish the health of the network. The list is a work in progress.

Companies working with the Lightning Network are increasingly incentivising users, in order to ensure network security and entice new users on board.

Through Lightning, Fold enables spending bitcoin and offers cashback rewards, in bitcoin, to shoppers who use its mobile app at Amazon, Starbucks, Uber and more.

Hardware manufacturer Casa released its second generation Bitcoin and Lightning node in October. The Casa Node 2 is simple to set up, requires no specialist knowledge and offers users rewards by validating the blockchain themselves, thus increasing its decentralization and security.

In the same month, Casa also released a companion app, Sats App, which enables users to send and receive bitcoin; it also rewards users for network-boosting actions such as connecting the app to their own node, proving that it’s active.

Lightning's UX has been questionable in the past, but it’s made significant progress in the last year. Protocols like lnurl, introduced in January, help to simplify Lightning’s UX; Inurl streamlines the process of communication between Lightning wallets and third-party services in common situations, such as employing channel services.

For example, users can now withdraw funds from a lapp by simply clicking on a link or scanning a QR code, rather than have to manually create a Lightning invoice as before.

The protocol is rapidly being adopted by clients and lapps, so things are bound to get even easier.

And even busier, no doubt. Progress this year has been astounding and developers such as Sheinfeld, show no signs of letting up.

“We want to obfuscate complexity, and make it a seamless experience, like with the Internet."  Ultimately, he said, "we want to change the world."