How HTC's blockchain phone is taking on the tech giants

Phil Chen has masterminded the creation of the HTC Exodus “blockchain phone.” He explains why it’s part of a wider movement towards decentralization and user privacy. 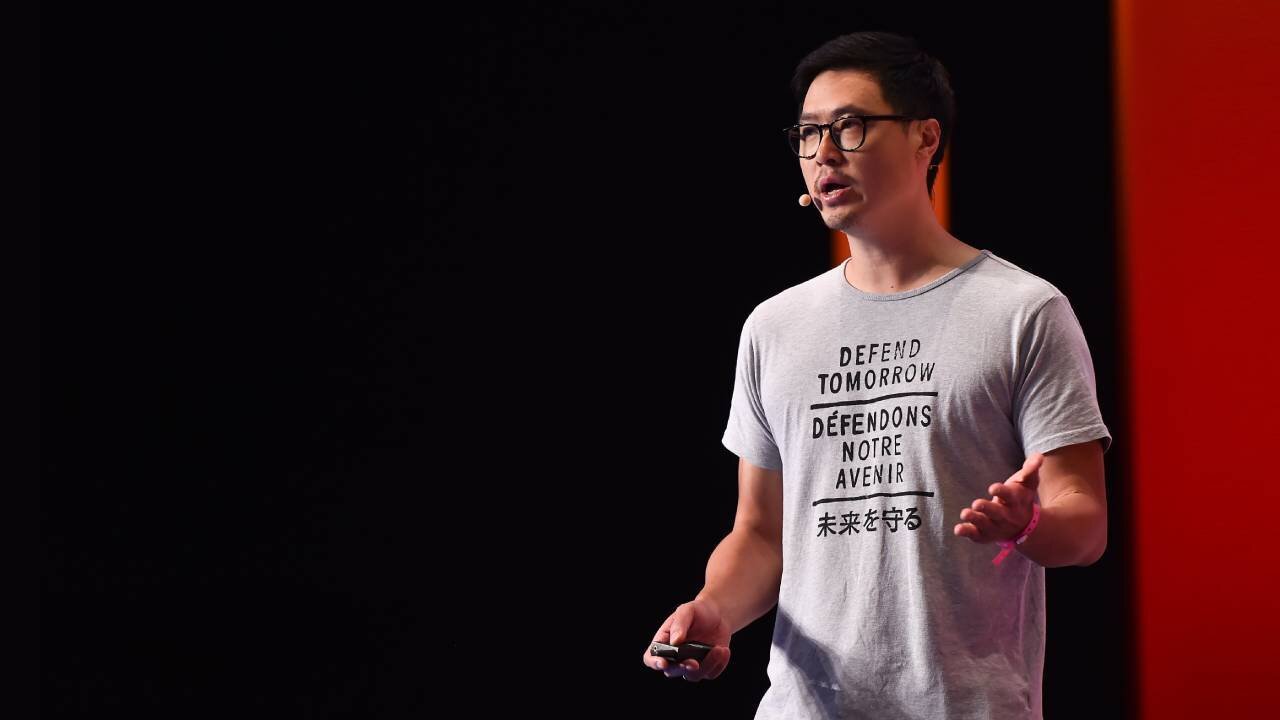 Taiwanese personal electronics manufacturer HTC is on a mission to bring blockchain to the smartphone. It’s an unusual goal; where rivals like Apple and Samsung have focused on showy aesthetic features like curved glass screens and flexible displays, HTC has been quietly beavering away on secure enclaves and private keys. It may sound less glamorous, but in the long run it could change our relationship with smartphones and our data forever.

Leading the charge is HTC’s chief decentralized officer, Phil Chen, who’s overseen the creation of the company’s first “blockchain phones,” the Exodus 1 and the newly-released Exodus 1s. Having worked on the first phone to ship with Android, and the Vive VR project, he has plenty of experience with cutting edge technology. Now he’s returned to HTC from venture fund Horizon Ventures, with a grand plan to restore people's power over their digital identity.

HTC’s uniquely placed to create true blockchain phones, Chen tells Decrypt. “HTC was the right company because it’s not a giant company like Samsung or Apple, neither is it a small startup,” he says. “It’s in between. It’s also not a company with a big data or cloud legacy, so it was the right kind of profile which led to the Exodus, and the fundamental principle of empowering users with owning their private keys.”

Both Exodus phones are standard Android handsets—with one exception. The Exodus 1 and 1s feature a built-in hardware wallet, enabling you to store your cryptocurrency keys on the device itself. “Most people still don’t understand what this device is,” says Chen. “On the one hand it is a mass device, in that it’s just like any other smartphone, except it has a hardware wallet built in. A lot of crypto people don’t understand this either – it’s a secure enclave, with hardware separation between Android and the secure space that holds your private keys.”

That’s confusing for a lot of people, he adds. “They ask, ‘How this can be a hardware wallet when it’s connected to the internet?’ The point is, that part of the hardware is not. A special SDK means that there is only very limited access to the hardware wallet.” It’s just like other hardware wallets such as the Trezor or Ledger Nano S, he says. “We just did all of that, but in a phone. The mechanics are exactly the same – there’s a piece of hardware that’s separate from the internet, and like plugging into a USB, our Zion interface software lets you access and use the wallet.”

Creating a blockchain phone in which the user owns their private keys is a “paradigm shift” that has yet to be understood by a lot of people, Chen says. “This really is a smartphone plus hardware wallet, which I think by definition makes it an entirely new category, whether you call it a crypto phone or a blockchain phone.”

“This is a smartphone plus hardware wallet, which by definition is an entirely new category."

Inevitably, skeptics have wondered whether building a hardware wallet into a smartphone is a good idea, given the latter’s propensity to end up dropped down toilets, left in bars or generally misplaced. Losing a smartphone is an (expensive) annoyance. Losing the keys to your bitcoin stash could be ruinous.

“I get asked this a lot,” says Chen. HTC’s solution is something called social key recovery. “If you lose your phone, HTC can’t help,” Chen explains. “But when you set up your phone hardware wallet, you can split your key into five parts, and share with five friends and family members. All they have to do is download an app to keep the phrase. If you lose your phone, you just have to combine three out of the five keys together, which decentralizes the risk. You can also save this key yourself across multiple devices.” The point, he argues, is to make use of the “instinctual trust” placed in friends and family, rather than trusting in one institution.

As Chen’s job title suggests, the principles of decentralization are the driving force behind every decision he and his team at HTC make. “We’re taking the Bitcoin foundation of owning your own private keys and empowering people to also own their own data and their identity, and any other digital assets or digital property,” he says. So committed is he to the founding principles behind Bitcoin that he’s even designed the HTC Exodus 1s to run a full Bitcoin node (its big brother, the Exodus 1, is waiting on a firmware update to enable the capability).

“It’s part of the Bitcoin ethos itself,” he says. “You want to be able to verify and make transactions yourself, and self-verify without needing a third party.” Having more nodes makes the Bitcoin network more secure, he adds, and mobile phones are the most prevalent devices in the world. “The more crypto phones we have out there and the more spread out they are, the stronger the whole network.”

There are limitations—the phone has to be plugged in, and needs a sizable microSD card to store the Bitcoin blockchain. But advances in technology will overcome these stumbling blocks, says Chen. “I think in five years it will be trivial to have a bitcoin node or other blockchain nodes stored on your phone,” he says. “Memory and battery size will become cheaper and more commoditized. Right now the whole Bitcoin blockchain is 264GB. You can store that on an SD card, and the price and storage capacity is halving every nine months. In the larger scheme of things it’s trivial, and it’s fundamental to the whole Bitcoin ethos.”

Could Apple make a blockchain iPhone?

Other smartphone manufacturers are following HTC’s lead, including Samsung. “I think it’s a great thing,” says Chen of Samsung’s entry into the space. “I was even asked to explain to Apple why this is important.” But, says Chen, these other “blockchain phones” aren’t fully embracing decentralization as he sees it. “All the signs show that whether it’s Apple or Samsung, they’re not really going to support people owning their private keys.” He points to a commercial for Samsung’s blockchain phone: “Their answer to ‘What happens if you lose your phone?’ was that they have the answers. It’s clear to me that they’re not really empowering users to own their private keys – it’s a fundamental counter to their livelihood.”

Giving people the power to own their private keys means giving up access to their data and financial information, he says. “A big company would never do that – it’s actually going against their business model and the shareholder’s interest for them to do that. That’s why I think HTC has the right profile to do this. Big companies don’t, as they have to answer to their shareholders.”

To enhance user privacy, the Exodus’ hardware wallet's SDK can be used to sign transactions. “This means that you can still store your photos or messages in the cloud, but before it leaves the phone it’s always encrypted by your private key—so when the data is in the cloud, no one else can read it,” Chen explains. “I think we have a clear path towards encrypting people’s privacy and data – even if the data is held on centralized servers, because all of it originates from the phone. You need a system which protects all of the data that goes out of the phone. I’m not saying you need to encrypt everything, just things you want to keep private, like health and financial data.”

In his previous role at Horizon Ventures, Chen says, he saw the fund invest in AI and big data companies. “What I saw was that at the big companies—including Google and Apple—it was all about owning people’s data. Allowing people to own their private keys is completely unintuitive to these companies.”

For the majority of users, that probably won’t matter, says Chen. For them, Samsung and Apple will probably offer a “custody-type solution.” But “the minority who really believe in the Bitcoin ethos will really want to own their private keys. I think HTC with the Exodus will be the only company that serves that purpose; it takes a company like HTC, a medium sized company that doesn’t make money off of people’s data or cloud services, to do this.”

Perhaps for that reason, he’s pessimistic that the likes of Google and Facebook will ever agree to give users greater privacy and control over their data. “I don’t think these companies will ever comply,” he says. “I think that’s what the whole crypto community is about, whether it’s Bitcoin, Ethereum or any other blockchain solution – decentralization and privacy-focused alternatives are a big part of it.” Privacy-focused apps like Protonmail, Brave and DuckDuckGo are growing, he says, and the latter two are already bundled on the Exodus smartphones. “Over the next few months you’ll see the inclusion of more and more of these data privacy-focused apps.”

Chen is, ultimately, hopeful for the future of user privacy. “What will the privacy-focused version of Facebook and Instagram be?” he wonders. “These are and will be new companies – they won’t be the Googles, Amazons, Apples and Facebooks of this world. That’s why I believe they will – and need to be – disrupted.”