What is a blockchain phone? A look at 7 current and upcoming crypto handsets

HTC, Samsung, and other makers have crypto on the brain—so you can have cryptocurrencies on your smartphone. 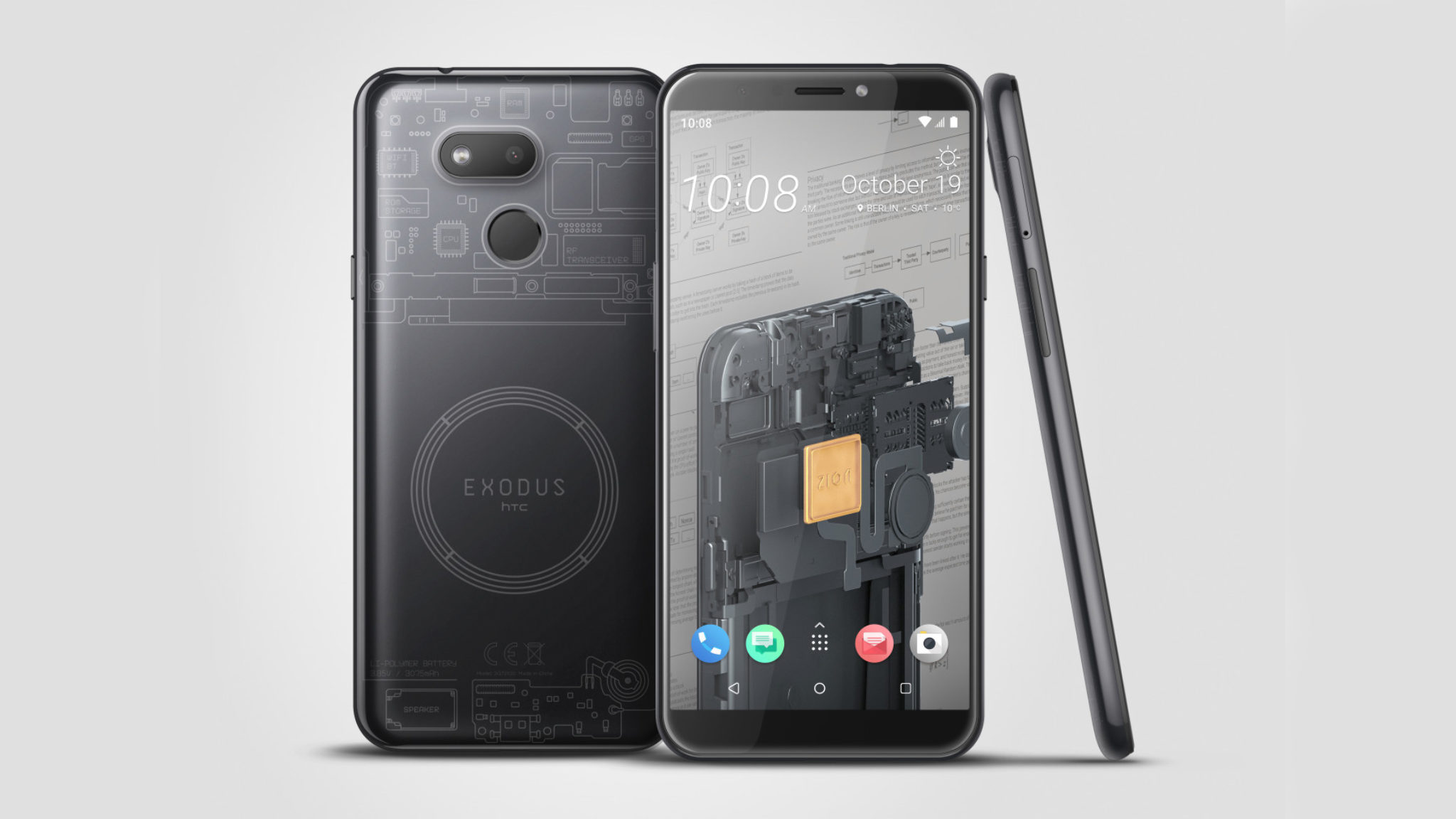 HTC's announcement of its new Exodus S1 blockchain phone offered a potentially compelling smartphone for crypto fans to consider. But it's not the company's first such phone, nor is it the only phone of its kind on the market. In fact, the blockchain smartphone niche keeps expanding. Most recently, HTC teamed up with Binance to release a limited edition of its Exodus 1 phone.

So what exactly is a blockchain phone? Each device varies in terms of tech and capabilities, but they're all designed to put a stronger emphasis on blockchain, crypto, and decentralized applications than your average iPhone or Android handset. The most common feature is enhanced security to protect your cryptocurrency and private keys, while some let you run a full bitcoin node, or even mine crypto from your mobile device.

Blockchain phones are available at a wide variety of price points, but as with anything, you get what you pay for with smartphones—so as all-round devices, the cheaper models won't be anywhere near as capable as the expensive flagship phones are.

Here's a closer look at the HTC Exodus S1 and six other blockchain-centric smartphones vying for your hard-mined crypto.

The latest blockchain phone to hit the market seeks to hit a sweet spot between price and functionality, landing at around $250 depending on currency. Granted, it's a pretty low-end handset, with a 720p display at 5.7", a meager Qualcomm Snapdragon 435 chip onboard, and a 13-megapixel main camera that we'd bet isn't going to deliver sensational snaps.

But for the price, the HTC Exodus 1S keeps the core functionality of its pricier predecessor, including the Zion Vault and its Trusted Execution Environment (TEE). The TEE activates when signing transactions and temporarily isolates the operating system to protect your data, plus there's a social key recovery feature for letting trusted contacts come together to help you if you lose a key. Plus, you can keep a full Bitcoin node stored on a large-capacity microSD card.

We said: "The Exodus 1s is a very niche product, and far from perfect. View it as an early concept and a pioneer of things to come, and you can forgive its shortcomings—to an extent."

Read our review of the HTC Exodus 1s

The Exodus 1S is a significantly pared-down version of HTC's original blockchain phone, the Exodus 1. It's a much more appealing device overall, with a super-crisp Quad HD+ display at 6", a 2018 flagship-level Snapdragon 845 chip with ample power, a dual-camera setup on the back, and a larger 3,500mAh battery pack to keep things rolling along.

As mentioned, the Zion Vault and Trusted Execution Environment are key parts of the Exodus experience, plus it has access to dozens of dapps via the Opera Dapp store. Curiously, unlike the Exodus 1S, the pricier Exodus 1 can't run a full Bitcoin node as of this writing, although HTC plans to roll out that feature. At $699, it's a full-blooded flagship phone that is priced accordingly.

Samsung's flagship smartphone is easily the most impressive overall device on this list. The Samsung Galaxy S10 has an incredible screen, top-end Android processing power, a sharp triple-camera setup, and a sleek and stylish design. It's one of the best smartphones you can buy right now, and then on top of that, it also offers a robust crypto currency wallet and solid selection of dapps.

The $899 Galaxy S10 didn't launch with Bitcoin support earlier this year, but it has been added since—and you can also wield Ethereum, LEO Token, Chainlink, USD Coin, and dozens more. Meanwhile, the dapp lineup includes games, social media, and finance apps, among others. The Galaxy S10 has its own Trusted Execution Environment, as well, thanks to the Snapdragon 855 processor within.

You might know the KlaytnPhone by a different name: the Samsung Galaxy Note 10. Samsung's large, stylus-driven smartphone is also available in the company's native South Korea as the KlaytnPhone, a special edition blockchain version released in partnership with Kakao.

Kakao is the country's largest mobile services platform, and the KlaytnPhone uses the company's KLAY token. The KlaytnPhone bundles in a handful of blockchain-powered apps and is certainly branded accordingly—but again, this one is only sold in South Korea.

The Sirin Labs Finney looks like no other smartphone we've seen—and it acts like nothing else, too. The sloping design and atypical angles are certainly distinctive, but the biggest differentiator is initially hidden. It's a cold storage wallet that is a separate chunk of hardware from the core handset, and it slides upward when you need to make a transaction.

Why slide? Because it activates your wallet and reveals a second "Safe Screen" that shows your critical data. It's a one-of-a-kind, although the $999 price point means that you'll have to make a sizable investment to secure this unique handset.

The original Pundi XPhone prototype had a more common design, but the upcoming Blok on Blok (BOB) version is anything but typical. It's a blockchain phone, of course, but it's also a modular phone—which means that you can snap together various attachments. It has latches and dials; it's absolutely wild.

The Snapdragon 660 processor is decidedly mid-range, and even Pundi X suggests that it's a more ideal second phone than a primary one. The Function X platform is an interesting one—Pundi X calls it "backwards compatible" with Android, and you can switch between the two as needed. However, the company says you won't need a central service provider to make calls and access the internet. Very interesting.

The Electroneum M1 is the lowest of the low-end blockchain phones—but it's only $80. That meager sum gets you a functional Android smartphone that doesn’t have any crypto-specific hardware, instead coming pre-loaded with Electroneum’s app (also available for Android smartphones and iPhone). The app lets users tie into ETN's cloud mining service, earning up to $3 per month of the cryptocurrency, which can then be used to purchase everyday items, including mobile phone top-ups.

The M1’s primarily aimed at users in developing countries, working in conjunction with Electroneum’s soon-to-be-launched AnyTasks platform to provide them with a means of accessing the global digital economy.

As an everyday smartphone, the M1 struggles to compete with higher-spec devices—but then, that’s not really what it’s intended for. However, if you're looking for a cheap way to explore mobile mining with a dedicated device, the Electroneum M1 might be a way in.

Read our review of the Electroneum M1