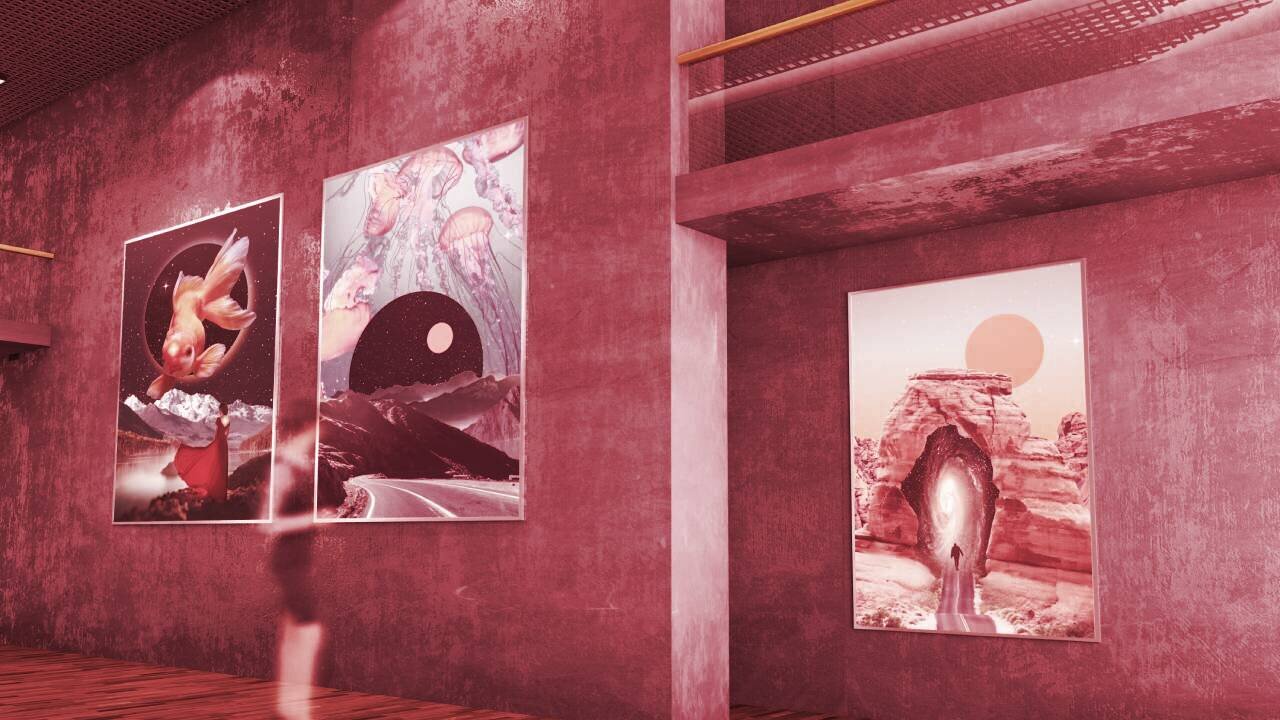 The non-fungible token (NFT) boom of 2021 has swept digital artists like Beeple, Pplpleasr and FEWOCiOUS from obscurity to stardom, and seen the traditional art world grappling with how to present NFT artwork to its audience.

Now, photo editing and design software manufacturer Pixlr is bringing its extensive expertise and its 500 million strong global community to bear, with plans to create a decentralized art museum of NFTs named Pixlr Genesis. The ambitious goal is to rival the likes of the Louvre, MOMA, and the National Gallery, but in the virtual world known as the metaverse.

A museum for the metaverse

The metaverse is being tipped by everyone from Facebook CEO Mark Zuckerberg to Chinese tech giant Tencent as the next evolution of the Internet: a vast digital arena in which users interact through digital avatars, stuffed with opportunities to build, collaborate and socialize.

Pixlr has plenty of experience working with bleeding-edge technology such as NFTs—cryptographically unique tokens that prove ownership of content such as digital artwork. The freemium photo editing and design software launched in 2008, and was acquired by popular stock photo agency 123RF, going on to become one of the first platforms to use the transformative power of AI and machine learning in photo imaging.

"Pixlr Genesis aims to become the largest decentralized art museum on the metaverse."

Inmagine, which acquired 123RF and Pixlr in 2017, sees the Pixlr Genesis platform as an extension of its mission to empower creators by allowing them to showcase their artwork to a wider audience, he explained.

It’s a move that captures the zeitgeist among NFT artists, many of whom have turned their backs on conventional art galleries.

“What can a commercial gallery do for me?” painter-turned-NFT-artist Trevor Jones asked during an interview with The Guardian recently. He went on to outline the exorbitant commissions and delayed payments common in the legacy art world.

What’s more, while sales of physical art sag, the first half of 2021 saw total NFT sales swell to $2.5 billion, while trading volume surged to $10.7 billion in the third quarter, as NFT-based games and art marketplaces have thrived.

Meanwhile, driven online by the pandemic, gallery owners and art dealers have struggled to make their viewing rooms lucrative and interesting enough for a technologically-savvy Gen Z audience.

“Each Pixlr Genesis NFT pass is also a limited edition unique piece of AI-generated fine art using our proprietary algorithm,” Leow explained. And each entitles its owner to display any NFT-based art they choose in a virtual museum that he is convinced will become an increasingly valuable resource.

“Given it is limited to only 10,000, the art will become more valuable over time due to community curation and signaling on what should be displayed,” he said.

There are also NFT-related tools—to establish terms in relation to fees and royalty payments for example—as well as all-important networking opportunities.

In addition, pass holders gain access to premium NFT art drops; Pixlr Mint to easily produce NFTs across different blockchains; FAIR, a low-fee auction site to sell and monetize content and, every six months, the chance to participate in Pixlr Masterpiece, “a social experiment that creates new art from the 10,000 pieces displayed within the gallery,” said Leow.

The first 2,000 Pixlr Genesis NFT passes are released on December 1, priced at 0.3 ETH each. The price is set to increase as each of the four subsequent collections is released.

The future of NFTs in the metaverse

Although it currently uses the Ethereum blockchain exclusively, Pixlr plans to expand to other chains including Solana and Binance Smart Chain in the future, said Leow, because NFTs are here to stay.

In fact, the traditional art world “is embracing them with gay abandon,” according to art historian and author of The Last Leonardo, Ben Lewis.

“If you're making digital art, now that you can to have an NFT attached to it, that establishes what the original is beyond any doubt, so it’s much more easy to verify,” and that applies to anything that can be reproduced, said Lewis, who created and auctioned his own NFT of the Salvator Mundi holding a fistful of dollar bills.

For its creators, the technology offers a revolutionary way of selling art, and a snub to the cultural gatekeepers of yore—while the metaverse promises rich virtual worlds to experiment and collaborate in. And now, with the entry of established brands such as Pixlr, NFT art collectors can be assured that their digital treasure is in experienced hands.