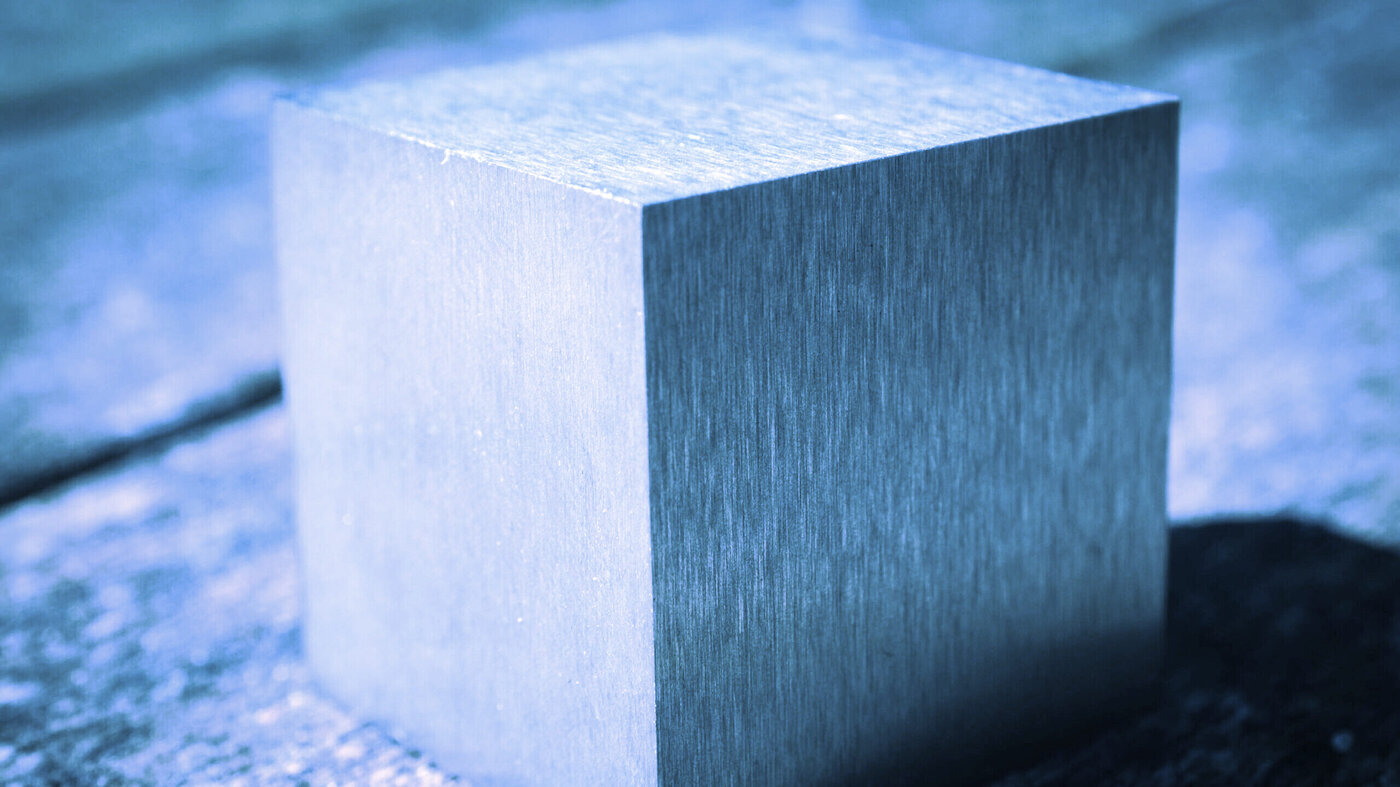 A week ago, as Crypto Twitter waited for Bitcoin futures ETFs to land and price records to fall, talk amongst Bitcoiners settled around cubes of tungsten, the dense metal used for light bulb filaments and paper weights—prompting suppliers of the metal to sell out.

Actual tungsten isn't the only thing in short supply anymore, as tungsten NFTs are selling like hotcakes. The prime beneficiary, aside from tungsten enthusiasts, has been Coin Center. Tungsten Cube NFT, which has garnered 484 SOL (now worth $96,000) from selling moving digital images of the cube, announced that it was giving the royalties from its first trading day to the crypto think tank.

Neeraj Agrawal, head of communications for the crypto think tank, confirmed to Decrypt that it received the donation. He says it may be the weirdest donation Coin Center has ever received:  "Now I have to explain how we made tungsten cubes a crypto meme, then there was an NFT backed by tungsten cubes that became hotly traded," he said. "It makes no sense to anyone who doesn’t pay attention to this stuff."

For those who haven't logged on to Twitter of late, the cubes became a meme after an idle tweet by Nic Carter of Coin Metrics, who was amused by the existence of tungsten cubes.

"All the reviews are just like 'yep, it's heavy. does what it says on the tin,'" he tweeted.

That observation led to several crypto luminaries buying the item from Amazon, and causing supplier Midwest Tungsten to sell out within hours. As more crypto holders started joking about the utility of the cubes, it morphed into a meme and, quickly thereafter, actual NFT depictions.

In the ensuing days, Midwest Tungsten got in on the joke by accepting Bitcoin sales. Since October 19, when that payment option went live, a full 20% of all tungsten cube sales have been in BTC.

The 14" 1,784 lb Tungsten Cube NFT by Midwest Tungsten. A real-world cube we store for you or you can burn to redeem. https://t.co/WZawvzjdmW

What's more, Midwest Tungsten created its own NFT—backed by a physical cube—which it is auctioning off on OpenSea. The highest bidder will receive the digital asset and be allowed "one visit to see/photograph/touch the cube per calendar year." If the NFT is destroyed, Midwest Tungsten will ship the physical cube to the owner. As of publication, the high bid is 5 Wrapped ETH (worth nearly $20,000).

Tungsten Cube NFT is looking to cash in on the trend—at least on behalf of crypto advocacy groups, which it says will receive all the royalties from secondary resales of the NFTs.

It's not a supplier itself, but it promises that the NFTs will be redeemable for physical cubes (complete with free shipping in the U.S.) by the start of November. On auction at Solana's Magic Eden marketplace and FTX exchange were 399 1-inch cubes, eighty cubes sized at 2-inches, twenty 4-inchers, and 1 behemoth 7-inch cube.