The billionaire libertarian argued that the rise of cryptocurrencies "tells us that we are at a complete bankruptcy moment for the central banks." 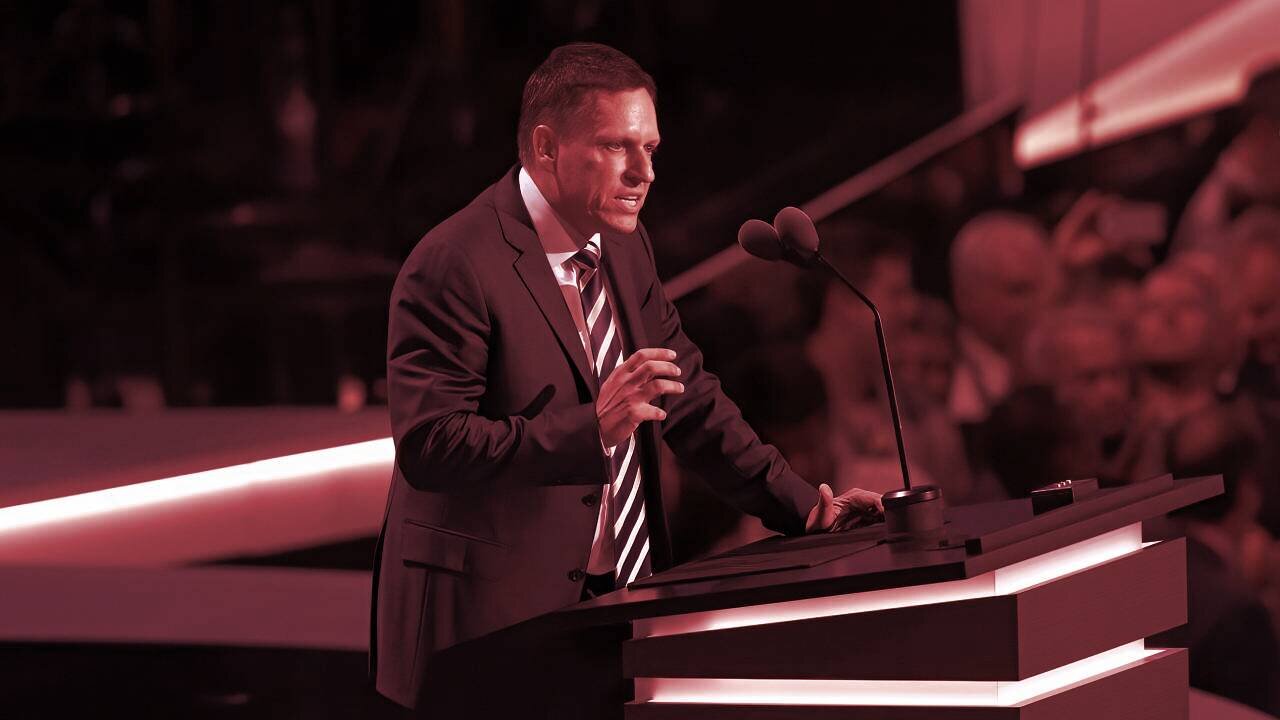 Tech billionaire Peter Thiel said that he's "underinvested" in Bitcoin during an appearance in Miami, adding that the rise of cryptocurrencies "tells us that we are at a complete bankruptcy moment for the central banks."

With Bitcoin recently reaching an all-time high of over $67,000, Thiel pondered whether it would rise further. "Bitcoin at $66,000. Is it going to go up? Maybe," Thiel said at an event hosted by right-leaning non-profit the Lincoln Network.

He joked that, "You’re supposed to just buy Bitcoin," adding, "I feel like I’ve been underinvested in it," and that his hesitation to invest was down to the fact that "the secret was already known by everybody."

Despite that, he suggested that "the answers are still to go long" on Bitcoin, and that, "maybe it still is enough of a secret."

The billionaire libertarian argued that cryptocurrencies align with his political philosophy as a "force for decentralization," while artificial intelligence, "especially the sort of low-tech, surveillance form, is essentially communist."

"The canary in the coal mine"

It's not the first time this week that Thiel has opined about Bitcoin.

Speaking at an event hosted by conservative law group Federalist Society earlier this week, the PayPal co-founder suggested that Bitcoin's current bull run points to weaknesses in the U.S. political system. "I don't know that you should put all your money into Bitcoin at $60,000 a Bitcoin right now," Thiel said, "but surely the fact that it is at $60,000 is an extremely hopeful sign."

Describing Bitcoin as "the canary in the coal mine," Thiel argued that, "It's the most honest market we have in the country, and it's telling us that this decrepit … regime is just about to blow up."

Earlier this year, Thiel described himself as a "pro-crypto, pro-Bitcoin maximalist," while arguing that the cryptocurrency "should also be thought of in part as a Chinese financial weapon against the U.S., where it threatens fiat money, but it especially threatens the U.S. dollar."

At the time, he argued that Bitcoin is more likely to serve as a functional reserve currency than China's digital yuan, which he dismissed as "some sort of a totalitarian measuring device."

"If China’s long Bitcoin, then perhaps from a geopolitical perspective the U.S. should be asking some tougher questions about exactly how that works," he said. Just weeks later, China defied his predictions, launching a wide-ranging crackdown on Bitcoin and other cryptocurrencies.