China has the most advanced central bank digital currency project of all major economies. How does its digital yuan differ from Bitcoin? 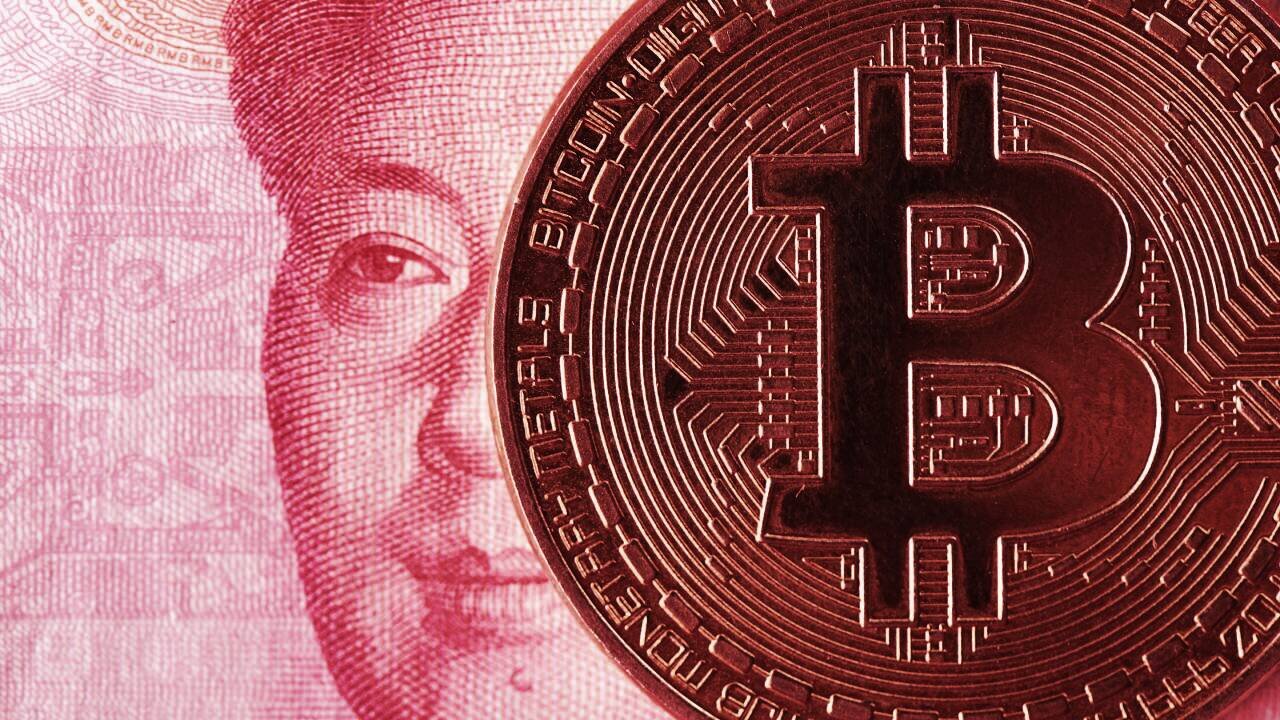 Today, over 80 governments around the world (representing 90% of global GDP) are exploring or experimenting with central bank digital currencies (CBDCs).

As of July 2021, only five countries have launched CBDCs. They’re all Caribbean island nations: the Bahamas, Saint Kitts and Nevis, Antigua and Barbuda, Saint Lucia, and Grenada.

Out of all major economies, China has advanced the furthest towards a fully-fledged CBDC with its digital yuan, also known as the e-RMB or the Digital Currency, Electronic Payment (DCEP).

Here we explain what the digital yuan is all about, and how it differs from, and compares to, the original cryptocurrency: Bitcoin.

What is the digital yuan?

CBDCs are state-run digital currencies. In the case of China, its CBDC would be a digital version of its currency, the Chinese renminbi (hence, e-RMB). CBDCs are similar to stablecoins, which are pegged at a 1:1 ratio with a particular fiat currency.

Unlike cryptocurrencies, CBDCs aren’t typically based around a decentralized blockchain, as the central bank would seek to maintain clear authority over the ledgers. But more on that in a bit.

Is the digital yuan already in use?

First proposed in 2017, the digital yuan has been in the pilot stage since April 2020.

Starting in October 2020, the People's Bank of China (PBoC) has airdropped millions of digital yuan to citizens as part of an effort to test the technology—and create some buzz around it. That’s still ongoing in the summer of 2021.

Chinese citizens can already spend the digital yuan in a growing number of stores across the country, including Walmart.

In fact, according to a July 2021 progress report by the PBoC, the digital yuan has so far been used in 70.75 million transactions, reaching a total value of 34.5 billion yuan ($5 billion) by the end of June.

Next on the agenda for the digital yuan is a massive roll-out during the Beijing 2022 Winter Olympics in February. That roll-out will include foreign visitors.

But Bitcoin-friendly Senator Cynthia Lummis (R-WY) and her colleagues Senators Marsha Blackburn (R-TN) and Roger Wicker (R-MS) have asked the U.S. Olympic & Paralympic Committee to stop athletes from using the digital yuan, as it "may be used to surveil Chinese citizens and those visiting China on an unprecedented scale."

Why does China want a digital currency?

Fan Yifei, deputy governor of the Chinese central bank, explained in an April 2020 article in state-sponsored news outlet Yicai Global that physical money is expensive to print and maintain, easy to counterfeit, and its anonymity means it can be used for illicit purposes. The digital yuan would overcome those problems.

There’s reason to believe that reducing the anonymity of cash is the main driving force behind the project. After all, the Chinese Communist Party, which controls the government in an uncontested regime, has built the world’s most extensive surveillance state.

Yao Qian, former director of the digital currency institute at PBoC, said in May that it wasn’t the bank’s intention to observe all transactions in real-time.

But the Chinese government has deployed millions of facial-recognition cameras across the country to track anything and everything, and even punish minor offences like jaywalking. A digital yuan could fit smoothly into this surveillance infrastructure; the jaywalker's digital wallet could be immediately charged, for example.

And former U.S. deputy national security adviser Matt Pottinger has pointed out that the digital yuan could be used to take retaliatory measures against companies and individuals who criticize Beijing. "That currency can be turned off like a light switch," Pottinger told Bloomberg in April 2021, noting that the Chinese government could block transactions to a company's wallets and remove it from digital yuan apps.

What are the differences between Bitcoin and the digital yuan?

China has repeatedly hinted at incorporating many of the buzzwords associated with blockchain into the digital yuan. But tellingly, decentralization isn't one of the words on the list.

Bitcoin and the digital yuan both facilitate digital peer-to-peer payment.

It’s the only similarity, really.

Bitcoin is able to do so because it’s built on a blockchain and eliminates the double-spending problem, and the digital yuan can do so because it functions more like direct cash, and less like bank-connected digital money transfers.

It’s a big deal because 84% of the Chinese population already use a mobile wallet—by comparison, only 41% of Americans use one like Apple Wallet.

In China, WeChat Pay and Alipay make up about 90% of the country’s $35 trillion mobile payment market, according to Bloomberg Intelligence. But those wallets need to be linked up with private financial intermediaries like banks. The digital yuan changes that.

Bitcoin is decentralized with no central authority.

In contrast, the digital yuan is built on a structure called “One-Coin, Two Addresses, Three Centers,” referring to:

Bitcoin’s public ledger means that transactions are traceable but pseudonymous.

Bitcoin is widely used as a store of value and a trading asset.

The digital yuan will only be an everyday currency. It will be tightly controlled by the government to ensure its price reflects the national currency on a 1:1 basis, so that there won't be an arbitrage opportunity for traders or a reason for investors to hoard it.

What does the digital yuan mean for Bitcoin?

Bitcoin has never been adopted as a medium of exchange in China, where its trading has also been severely restricted since 2017. So there isn’t much change on that front.

But thanks to cheap electricity, China has historically been home to the largest global share of Bitcoin miners—as high as 75.5% in September 2019.

In May 2021, the Chinese government said that it needed to crack down on Bitcoin mining and trading to "prevent and control financial risks.” That rationale also fits smoothly with the broader aims behind the digital yuan, of course.

The global share of Chinese miners had already fallen as low as 46% in April 2021, signalling that the process was underway before the government's crackdown began in earnest. With Chinese provinces including Yunnan, Anhui and Qinghai banning Bitcoin mining (purportedly in an effort to reduce China's carbon emissions), as of June 2021, almost all mining activity in the country has come offline, according to a mining analyst.

The crackdown has also seen China's Central Bank issue an edict to payment platforms and banks to cease cryptocurrency activities, while institutions were instructed to stop servicing crypto exchanges and over-the-counter (OTC) platforms.

But thanks to core features like immutability and decentralization, Bitcoin is mostly censorship-resistant. Even though the recent Chinese clampdown sent Bitcoin's hash rate plummeting (along with its price), the effects are likely temporary. Chinese miners are fast relocating to new places, while the Bitcoin hash rate has slowly started to recover.

But perhaps it’s not so much the competition at home that matters.

China may also be seeking to tackle Bitcoin on another front—in a competition to beat the US dollar and become the next global reserve currency.

China has denied such ambitions. But its July 2021 report said the PBoC will invest further in cross-border payment trials to promote the digital yuan on a global level.

Meanwhile, Bitcoin might have a long way to go before it can stand a chance of challenging the dollar as the world's global reserve currency—but it is seeing increased adoption. The small nation of El Salvador recently adopted Bitcoin as legal tender, making it the first country to do so.