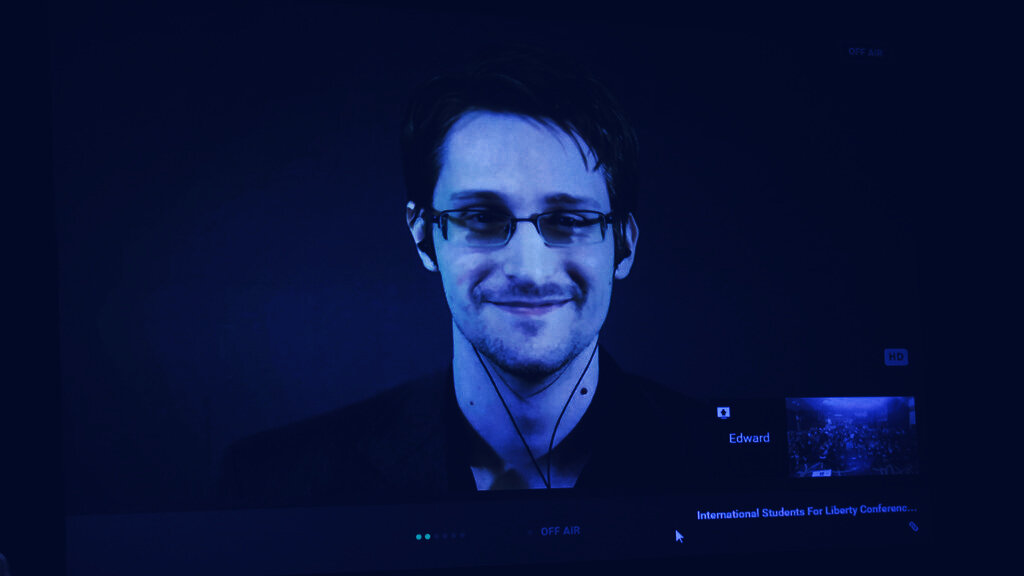 “This is the first time in a while I’ve felt like buying BItcoin. That drop was too much panic and too little reason,” Snowden tweeted back in March 2020. Yesterday, he quoted that tweet and said “[Bitcoin] is up ~10 since, despite a coordinated global campaign by governments to undermine public understanding of—and support for—cryptocurrency.”

“China even banned it, but it just made Bitcoin stronger,” Snowden added.

Sometimes I think back to this and wonder how many people bought #Bitcoin then.

It's up ~10x since, despite a coordinated global campaign by governments to undermine public understanding of—and support for—cryptocurrency.

China even banned it, but it just made Bitcoin stronger. https://t.co/pbnOFGfaVf

This is not the first time Snowden has opined about Bitcoin. Earlier this year, the infamous whistleblower lamented the cryptocurrency’s perceived lack of privacy.

During this year’s Ethereal Summit powered by Decrypt, Snowden said Bitcoin needed to become “private by design” to counter efforts against “privacy coins” like Monero.

“Bitcoin is really failing comprehensively on the privacy angle. Now in 2021, everybody knows there’s a problem when we talk about digital surveillance,” Snowden told fierce digital privacy advocate Marta Belcher.

The solution—according to Snowden—is for Bitcoin to re-pivot to privacy, but he isn’t necessarily optimistic. “It’s really frustrating for a lot of people in this space that the core development team for Bitcoin has been prioritized—because the longer they wait, the more obstacles are going to be put in place to prevent that,” he added.

China has banned cryptocurrency trading since as early as 2017. Earlier this year, the government imposed a specific ban on crypto mining with one eye on China’s climate obligations.

“Recently, cryptocurrency prices have skyrocketed and plummeted, and speculative trading of cryptocurrency has rebounded, seriously infringing on the safety of people’s property and disrupting the normal economic and financial order,” they said.

Last month, the government published a notice detailing further details behind their position against cryptocurrencies.

The government’s update hit Bitcoin hard, with the flagship cryptocurrency’s price falling by almost 5% to $41,000 within an hour of the news breaking.