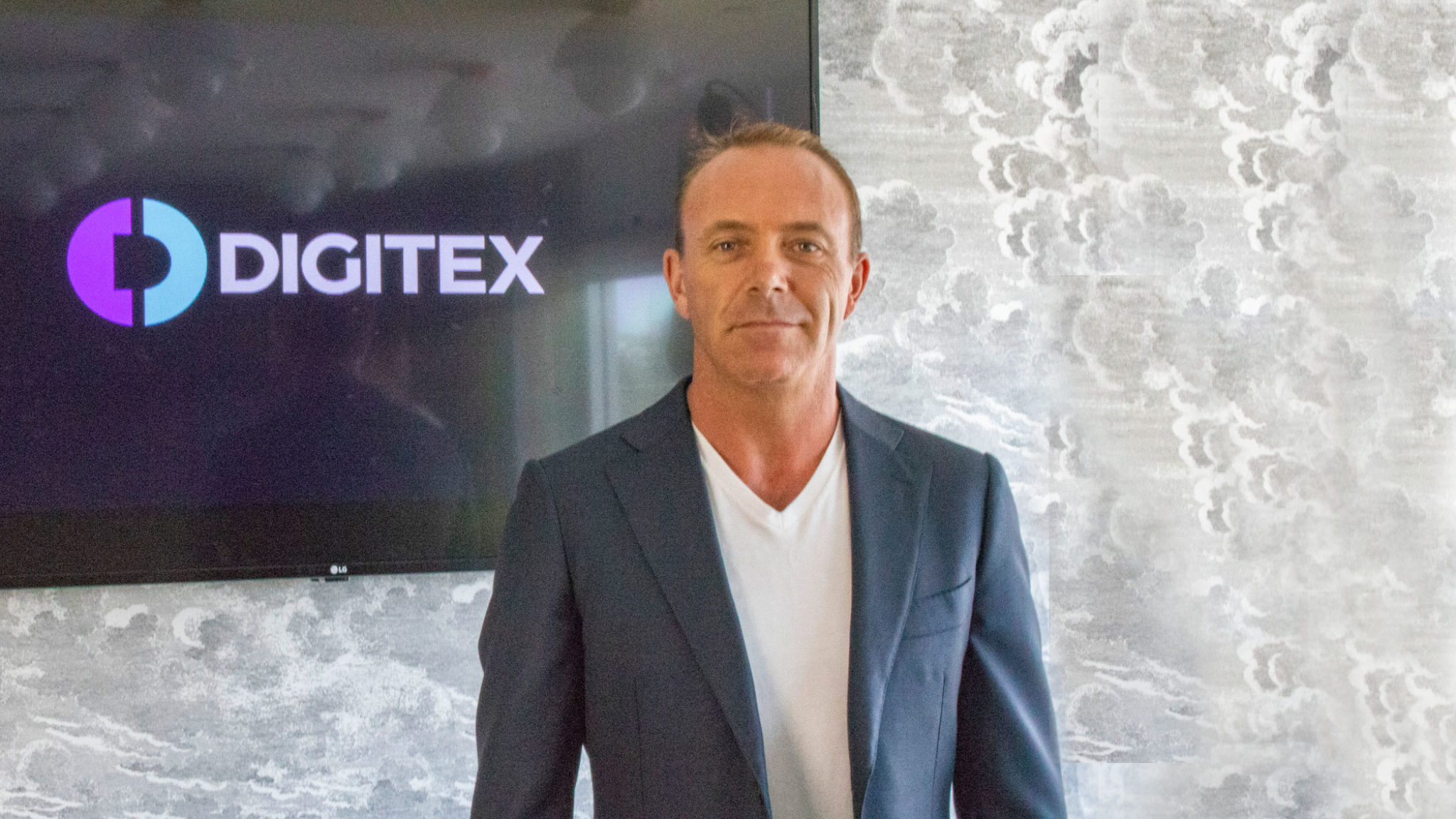 Adam Todd is the CEO & Founder of Digitex Futures, a zero-fee non-custodial cryptocurrency futures exchange. Adam wants to lower the barrier to trading and open up new markets to crypto traders including traditional futures such as stocks, indices, Forex, and gold.

With a background as a futures trader in the City of London, he saw first hand how much commissions ate into his bottom line. Since then he has tinkered with ways of delivering value to traders without forcing them into the commission trap. In this profile he explores his journey into blockchain and why anyone looking to work in this space needs a steely resolve to get things done.

I heard of Bitcoin in 2013 and I thought it was really interesting. But when I discovered Ethereum in 2015 it felt like the missing piece of the internet. I always dreamed of creating a commission-free trading environment and the ability to create your own token meant that I could come up with a way of removing commissions by making traders use it to buy and sell contracts.

I started working on Digitex in January 2017 and created Digitex, Ltd in December 2017.

We allow retail traders a level playing field to trade, enabling them to make a living out of it and achieve financial freedom. Where they are from and their background or education is irrelevant. They just need to have a willingness to learn and dedication to trade.

We don’t charge any trading commissions and we don’t give preferential treatment to institutional market makers. This creates a very conducive environment for short term scalpers to make a living from accumulating a small amount of profit over time.

We’re also giving them exposure to key traditional futures markets such as commodities, gold, indices, and stocks and allowing retail traders in these markets the chance to try trading their favorite markets commission-free.

On top of that, we’re working to offer non-custodial accounts, which are much harder to hack and means that traders never have to trust the exchange with their money.

Never give up. I was never sure whether my dream was crazy, my plan for Digitex would be laughed at, or how people would respond. But the idea has sold itself.

I was the founder and CEO of RacingTraders.com. I developed a software application that submitted bets into Betfair with a single click, and then built a large community of Betfair traders around it. Some 14 years later, BetTrader is still online and still popular with Betfair traders.

I started out my career as a pit trader in London. It was a highly frenetic, energetic, fast-paced and stressful place to work. Every day surrounded by foul-mouthed (mainly) young men yelling and calling out their trades. After nearly four years of trading in this aggressive way, I took a lengthy break and traveled around the world.

I went to some very remote places like Mozambique and other parts of Africa. I did some small jobs to keep on financing my traveling, from working as a deckhand to betting on horses online.

All the time I did that, I met some incredible people and still had this dream in my mind of commission-free trading. The closest I came to that was with Betfair, the world's largest betting exchange, where I traded horse racing prices.

I knew nothing about horses but traded the contracts like futures trading and my longest winning run was 240 consecutive winning days, winning an average of 9 races out of 10. Then I discovered Ethereum and the rest, as they say, is pretty much history.

Development. There is still a shallow talent pool of really excellent blockchain developers. Ones that understand the requirements of a commission-free futures exchange are even fewer and further between.

That’s been our biggest challenge so far but we’re confident that we have finally nailed down the development with our new team and that we’ll be launching an exchange to compete with the big guns very soon. Better than that, we’ll be non-custodial and offer a variety of futures markets which not a lot of people are doing in this space.

Never give up. I was never sure whether my dream was crazy, my plan for Digitex would be laughed at, or how people would respond. But the idea has sold itself. Our ICO sold out in 17 minutes, we accumulated 1.5 million people on our waitlist, people are literally knocking down our doors for the project launch.

We’ve suffered a couple of setbacks, but instead of taking them lying down, we have persevered. Setbacks are par for the course in business; it’s how you respond to them that matters.

Build a good team that you can rely on. Always try to surround yourself with people smarter than you. That’s quite easy to do, especially if you’re new to blockchain, but also don’t let that intimidate you. Don’t take no for an answer.

Learn what you don’t know so that you can tell whether a developer, interviewer, or marketer is being truthful with you. And, as they told me, never give up, don’t let one or two setbacks throw you off. You are bound to have them, so learn how to deal with them fast.

The ICO. We underestimated the interest in it and had to refund quite a lot of ETH after we sold out in only 17 minutes, so probably should have looked to raise more. I would have also been more involved with development from the very start and been clearer and more forceful about what I wanted.

Hindsight is a wonderful thing and this space is evolving at breakneck speed. I wish that we had been able to launch sooner, but all good projects suffer delays, and we will be all the stronger for it.

We’ve suffered a couple of setbacks, but instead of taking them lying down, we have persevered. Setbacks are par for the course in business; it’s how you respond to them that matters.

Ethereum. We have actually made the decision to go completely all-in on Ethereum. It has the best developer community, the most dapps, huge companies building on it, the most use cases, and it has enabled us to build our business.

I think the future of Ethereum is extremely bright and really excited to see how they manage the transformation to Proof of Stake and which scaling solutions will come out on top.

It’s going to surpass Bitcoinin the next few years and as the world computer will bring about the entire decentralization of the web. The future is extremely exciting and the Ethereum guys are leading the charge.

I’m the handstand champion of Miami, winning it 3 times in the last 4 years at the biggest annual outdoor calisthenics event in South Florida. I can also skateboard on my hands for about 100 metres. I also love freediving and can dive 75 feet underwater holding my breath.

I am keen to see how regulation evolves over the next few years and hope that it will start to keep the pace with technology. KYC has no place in cryptocurrency. You don’t have people asking for an ID photo to use WhatsApp. Bitcoin and other cryptocurrencies are no different. I hate to see companies forced into complying (ourselves included) with this.

I don’t know if it will be Facebook’s GlobalCoin, but it may be, although it seems that Facebook users are the wrong generation and the trust isn’t there anymore. However, if it isn’t Facebook, it will be some large gaming or social media platform that takes it to the masses. eBay and Amazon, something already massive that propels crypto into the public consciousness (and that invest in the space) will be the killer app.

It’s harder. You’re breaking new ground and trying to run a company in an uncertain regulatory framework. You may spend several months working on something and then very quickly realize that may become redundant soon. You have to almost sleep with your eyes open as the developments here happen so fast.

You don’t have the same procedures and checkpoints that you do with a regular business, it’s very hard to open a bank account, for example, and many crypto companies struggle with that, it’s just much more difficult than a “regular” business. But it’s also much more exciting being on the cutting edge of technology rather than simply rolling out another business in an already saturated space.

It’s an extremely valuable technology, perhaps even more important than the internet because of the possibilities and the potential it has. The internet may have allowed people to share knowledge instantly, however, blockchain allows people to transfer value instantly. You could call it the internet of money or the internet of value, in that it truly allows for people around the world to transfer funds from one person to another without intermediaries in a decentralizedway.

Why is that important? Because banks and centralized authorities are gatekeepers preventing the majority of the population from advancing, from lifting themselves out of poverty, from becoming wealthy. Blockchain allows for this without any centralization, it is huge. It also can’t be tampered with, shut down, or controlled by any central entity which means that for the first time, the power really is with the masses and not a select few.