Polkadot’s Jutta Steiner explains how the new protocol will usher in an explosion of innovation. Interoperability between blockchains is merely a by-product. 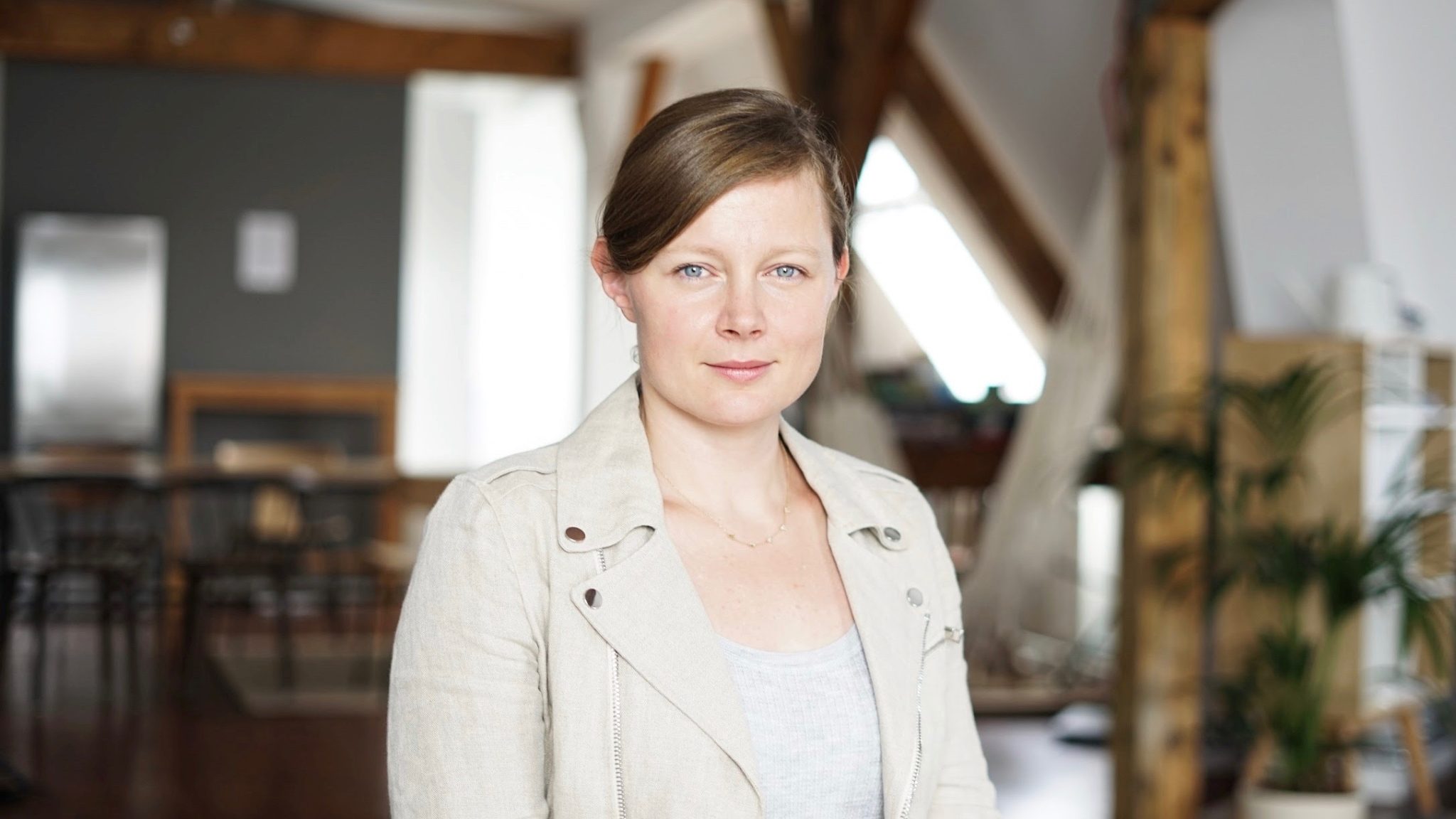 Fifty years ago, travelers traversing the European continent had to go through checkpoints at every border, deal with visas and convert currencies into the local fiat. Even the railroads themselves had to adapt to different gauges. It sounds a bit like the blockchain world today.

By signing up to the European Union, countries were able to retain sovereignty while aligning their regulations, allowing frictionless movement of goods and people and freeing up both capital and time. Now imagine a similar framework applied to blockchains, with the added benefit of total privacy and pooled security. People, as well as connected devices, would be free to use services at whim, and could seamlessly transfer assets, value and data, via smart contracts, on any blockchains’ open data layer.

This is the world that Jutta Steiner is trying to build with Polkadot—a protocol that promises to create an internet of interoperable blockchains for a user-owned, decentralized web. Steiner is the CEO of Parity, developers of Polkadot, and Substrate, the foundational layer of the eagerly-awaited Polkadot protocol due to be released imminently, is the first step in Steiner's vision.

Steiner co-founded Parity along with Gavin Wood, a co-founder of Ethereum. They live in Berlin. It’s there, at the Web3 Summit in October—organized by the foundation that governs Parity--that Wood first unveiled the Substrate software and demonstrated how it can launch a complete blockchain in under 60 minutes. Steiner sat among the legions of Parity supporters and developers, as rapt as any of them.

Later, in an interview, she helps me to understand the basics of Polkadot, and why advocates of the decentralized web are so excited about its potential.

“Polkadot is a technology and network that is part of what I call the third wave of consensus technology,” begins Steiner.

Building on their experience with Ethereum, Parity is creating a multi-chain network, or framework, which would empower developers to easily make blockchains that are interoperable. In essence, Polkadot aims to be to blockchains what Ethereum is to dapps, acting as framework for all blockchains that opt in. The idea is to take care of messy and costly cryptocurrency mining processes (including validation of transactions and security protocols) and enable developers to focus on creating dapp and smart-contract functionality. This is something for which Parity believes there is a big appetite.

“Over the past year-and-a-half, people who have started to build innovative, decentralized systems have realised how hard it is to engineer these systems from the ground up,” says Steiner. “What they really want to solve is a specific thing that’s at the application layer.” She believes the industry is crying out for such a framework, so that engineers can focus on areas where they best contribute value, instead of constantly having to reinvent the wheel.

Functioning in parallel as so-called “parachains,” blockchains that connect with Polkadot can access the network’s proof-of-stake (PoS) validation of transactions, decentralized consensus and security. But they can still retain their own PoS mechanism, governance and run the dapps or tokens they choose. Polkadot thus provides functionality, but not at the expense of flexibility.

“We believe that this will create a massive explosion of innovation because it’s so much easier to focus on what you need, and where you can add value.”Jutta Steiner

“We believe that this will create a massive explosion of innovation because it’s so much easier to focus on what you need, and where you can add value,” says Steiner. She adds that utilizing such a framework makes the technology highly scalable and provides immediate network security as well as interoperability between platforms and dapps.

Security, says Steiner, is optimized due to “the additional level of abstraction [the framework] introduces” in achieving consensus. With Polkadot, validity (checking of the transaction address and whether funds are in place) and “canonicalization” (which is like standardization of data, so that every system can understand it), both happen in the network’s so-called “relay chain,” where all the chains can pool security. “That doesn’t happen in systems that we have right now,” says Steiner.

Ethereum achieves this to a degree, but it fails to separate validity and canonicalization—and that’s what makes it really hard to scale, Steiner says. “If you separate these things, what you get is a much more general framework, where you can more easily introduce hierarchical blockchain systems. That’s how you come to a scalable system.”

That said, Ethereum will be connected to Polkadot via a bridge, which is different from a parachain. (The difference comes down to the separation between validity and consensus. For more explanation, see Parity’s chart below.)

For Steiner, the two issues blockchain-based systems need to solve are scalability—the number of transactions per second the network can handle—and governance: how the community manages decentralized protocols after they're uploaded. “We’ve built a system that can be upgraded on-chain—the first system that can do such a thing—and that’s a prerequisite for being able to experiment with different governance models, she says.

She adds that there is no need to focus on blockchain interoperability, since it’s a handy by-product of making a system scalable.

“[Other] teams are focusing on interoperability but, in our case, interoperability is more of an outcome because there’s this general stack. If you use that then things are interoperable by design so you don’t have to worry about that, it’s a consequence.”

Polkadot, though not slated for release until Q3, 2019, is, according to Steiner, being developed alongside a sequence of public test networks. These networks function on open source software, so people can immediately check and see how they perform. Parachain implementations are expected in Q1 and these will be key to demonstrate that the technology works.

Parity is looking to launch Polkadot with projects already on board. But Steiner is coy about revealing specifics on those that have already signed up (one is Edgeware, a project that seeks to demonstrate the effectiveness of on-chain governance). They’re talking to around 30 teams, she says, and “it’s more about showcasing good projects than volume.”

Polkadot is not the only platform focusing on improving scalability, governance and interoperability.

Dfinity claims to have the answer to scalability, and even Amazon is joining the fray and last week announced a service “that makes it easy to create and manage scalable blockchain networks.”

But it’s Cosmos that’s pitched as Polkadot’s biggest competitor. It’s been working on blockchain interoperability since 2014, dipping into a war chest from an ICO that, at the peak of the crypto boom, was thought to be worth some $1 billion. The two platforms are-- broadly--very similar; a comparison of both projects can be found here. The Cosmos Hub the “initial cornerstone” of the network is expected to launch in February 2019.

And what of Ethereum? It’s likely to be “a few years before the ecosystem achieves profound interoperability and decentralization in the base and higher layers,” says Joe Lubin, Ethereum cofounder and now head of blockchain incubator ConsenSys. (Disclosure: ConsenSys funds Decrypt, which is editorially independent.)

But Ethereum-based interoperability projects are in the pipeline. As yet unannounced, nEth, the work of researcher Mihailo Bjelic, is an Ethereum multi-chain system (aka "the Internet of blockchains.") According to Bjelic, it utilizes shared security and interoperability and is like "Polkadot for Ethereum.”

None of this has Steiner worried. At this stage, it’s collaboration, she says, that is the name of the game, and the Web 3 Summit is the perfect forum for projects to pool their knowledge and learn from each other. “That’s what I like about this event. People come together because they recognise that there’s a bigger fight than just competing at this super early stage.”

It was at another conference, a bitcoin meet up in 2014, that Steiner, a mathematician turned management consultant, met Wood.

Concerned about some of the revelations made by Edward Snowden, about privacy intrusions and digital security, Steiner had begun to read about decentralized technologies when she came across a thread where people were discussing Ethereum. “That’s how I got interested and then I went to a bitcoin meetup where Gav was presenting,” she says.

Wood was then the CTO at Ethereum, where he designed and implemented both the Solidity language and the Whisper protocol, as well as inventing Proof-of-Authority consensus.

“Ethereum were looking for someone to help them manage their audits prior to the launch, and also integration with the exchanges,” say Steiner. “ My mixed background—on the one hand science and maths, together with the business background from consulting—that was a good combination.”

Steiner and Wood also turned out to be a good combination. In 2015, the pair left the Ethereum Foundation to start Parity together, “to build our vision of Web3,” says Steiner. In Parity Forums, she calls him the “Whitespace Overlord,” a coder in-joke referencing Silicon Valley.

The duo are still deeply involved in Ethereum. Parity software powers the core of the Ethereum network and handles over $50 billion in assets.

Parity has faced challenges along the way, including a hack that froze users’ ether. But Steiner has never regretted her move from business consulting. “Now that I’m my own boss, having a job on the very edge of tech and leading the life I want to lead, the balance is pretty good.”

Judging by the amount of interest in Polkadot and Substrate--tools that, Steiner claims, will make the lives of thousands of blockchain developers significantly easier--it looks like her life is about to get more hectic.