Despite support from China’s most influential DeFi entrepreneurs, the YFI fork needs to attract more liquidity. 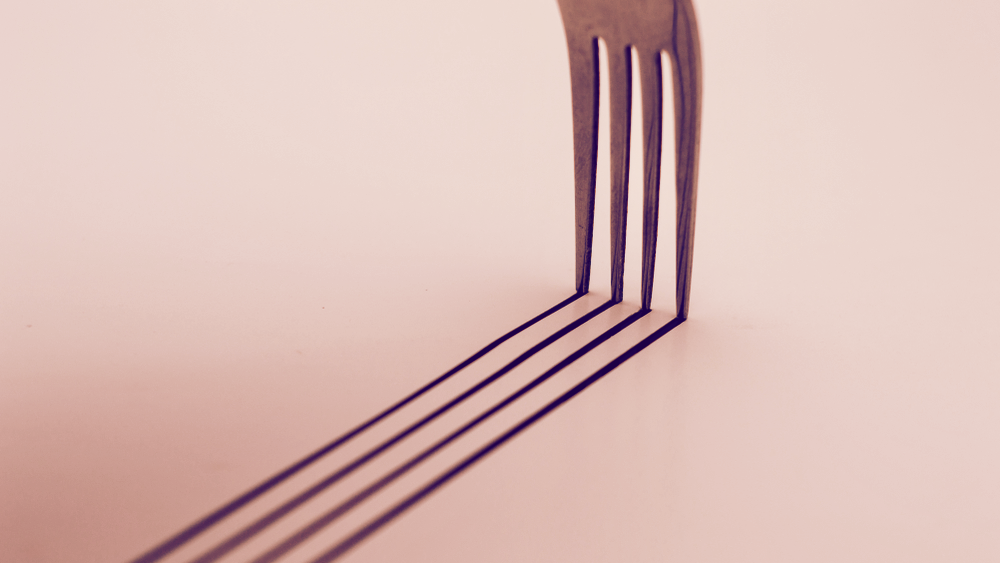 Can the YFII fork of YFI escape its shadow?

As the forking frenzy of countless YFI clones comes to an end, the crypto world seems to have gotten tired of the copycats (and scams), and has gracefully moved on to the next hot topic. After all, what is there to harvest if little is left to farm?

Yet for many Chinese Defipreneurs, the formation and evolution of YFII is no small thing. As Dovey Wan told your correspondent on WeChat, "I sincerely hope this attempt can be a good learning experience for the Chinese community to start an effective DAO, a bottom-up governance, a real movement from the ppl that’s for the ppl."

Regardless of @metamask_io warning @etherscan ‘s highrisk list and @BalancerLabs shadowban the UI ... all being overcome by local Chinese tools built in a day

But what does it mean to create “a real movement from the ppl that’s for the ppl” in a society that is barely controlled by people?

This week’s da bing looks into the YFII genesis group and tries to understand where the forked China DeFi movement is headed.

Despite what we reported last week, the real helmsman behind YFII isn’t just a group of young Maoists. Yes, the nationalists did use patriotic rhetoric to pump YFII’s initial surge. But after a week of community elections and development, the actual leaders surfaced. And it turns out that YFII has assembled some of China’s most resepcted DeFi veterans.

David White, a native Chinese crypto freelancer, entrepreneur, developer, and investor is the main brain behind YFII. (His nickname is 老白, literally “Old White,” an evolution from his original nickname, "White Noise.") Based in Beijing, he spent years working as a data scientist at China’s tech giants such as Tencent and Douban. He is also an investor in SNX, KNC, and LRC, while managing a balancer liquidity pool that’s often on Balancer’s top 20 pool list.

Also at the helm of YFII is Yin Cao, another crypto influencer and founding partner of Digital Renaissance Foundation, a digital financial advisory agency. He switched from the original YFI community to the forked one, which he found more egalitarian. He told me that he preferred YFII because he is “ touched by everyone’s selfless volunteering, regardless of background.”

Another notable in the YFII movement is Dovey Wan, known as much for being a DeFi skeptic, as she is for being a major voice in crypto in the West. “At first I thought it’s a scam," she told me. "Later, I found it semi-legit (when they voted to burn the owner key). Then when Balancer bans it arbitrarily without even a warning, and the devs were very vulnerable leaving no choice but to fork Balancer, I thought I might be able to help.”

It is hard to say why all of a sudden, so many legit people joined YFII. But one factor is crystal clear: YFII’s early contributors are united by their love of YFI and, more importantly, its founder Andre Cronje.

“YFI is one of the very few projects approved and supported by China’s crypto intellectual circle as a whole (Grin was the last one). Everyone supports Andre and wants to see Yearn going farther. Had YIP8 approved, YFII would have never been born,” White told me.

Indeed, the Maoists among the YFII supporters went silent when the token price dropped. That showed, in part, that they were using nationalist rhetoric to pump the token, rather than actively participating in building the protocol.

“YFI is a corporation while YFII is a community.”

YFII claims to have embarked on a more community-driven path than YFI.

The “YFI community is composed of mostly western members,” White told me. “They want to run Yearn as a corporation and advocate elitism (because liquidity mining finishes after 7 days). On the other hand, YFII is a real community-based project, adopting a bitcoin halving mechanism [in order to] allow more members shares of the token.”

As a member of the YFII genesis WeChat group, I witnessed how YFII is run on a day to day basis and understand its community aspect. However, it’s not clear why YFII is any more community-driven than YFI. Yes, there’s no central figure like Andre behind YFII—yet—but both have followed the same keyholder election process by allocating almost half the tokens to an “early core group,” and the rest to the international community.

But even if we set aside the spirit of a forked community, YFII and YFI have not been at peace with each other, despite Cronje’s support of YFII. The difference between the two projects is looming large.

Both YFI and YFII supply liquidity to Yearn, so that shouldn’t be an issue. Indeed, “we’ve already talked to Andre, who is willing to provide fee rewards to YFII in response to supplying assets under management,” said White.

Yet the YFI community still seems hostile. Since YFII’s surge, the YFI community has deployed a strategy to slash down YFII’s token price. Specifically, users can deposit yCRV, and stake them in YFII’s pool1 to farm. They can then withdraw YFII intermittently, swap YFII to DAI on Balancer, and finally deposit the DAI on Curve for new yCRV.

“When you deploy such a strategy over and over again, you get the YFII token dropping from $600 to $120,” White explained.

The rancor of the YFI community has discouraged White from further engaging with YFI, and instead has focused him on product development.

Just a week ago, White told me that the YFII community would be interested in finding a mechanism that allows YFII to participate in YFI’s community governance as well, since both are chained to Yearn. However, after the continued attack, White told me on Saturday that now, he’d rather focus on deploying new yield mining strategies on YFII to attract Chinese users.

“Most western DeFi yield mining strategies are focused on USDC and DAI, and are against USDT strategy. However, the Chinese communities have always been okay with USDT. YFII can be the DeFi platform for those strategies,“ he said.

If that is the case, then YFII will not just be YFI’s China “branch office,” but a DeFi product known for its USDT-based strategies and friendly interfaces aimed at the East.

So will the YFI community switch to farm YFII?

In addition to product differentiation, the biggest challenge facing YFII is how to continuously engage with a group of volunteers. As I noticed on the WeChat genesis group, conversation has calmed down. Unless the helmsman of YFII come up with a new strategy to attract liquidity, YFII could end up as simply one of many clones of the original YFI.

You knew it was only a matter of time before crypto’s powerhouses—the exchanges—would join the DeFi frenzy. This week, Huobi, one of the largest crypto exchanges in the world, just opened the door of its new DeFi lab. It will focus on research, investment, incubation, and ecosystem development.

A CeFi setting up a DeFi lab might seem counterintuitive,  but the move is much needed for Huobi. Huobi needs to invest in DeFi, given the sector’s recent exponential growth and massive opportunity. And promoting the DeFi ecosystem helps Huobi to better serve its existing customers. Since prominent exchanges are competing based on whose services are more comprehensive, having access to the DeFi ecosystem will be an added advantage to Huobi.

In addition, Sharlyn Wu, a well-regarded crypto investor known from her years leading the blockchain investment efforts at China Merchant Bank International, is probably one of the best candidates to run Huobi’s DeFi lab.

The land-grabbing of crypto exchanges continue.

There seems to be only good news coming out of China’s DCEP. The latest is that large scale testing is underway in Shenzhen. (Obviously, it will go as planned.)

But behind China’s grand scheme of issuing the world’s first digital currency is the  question of adoption. Who will use it?

So far the app is rumored to allow users to complete many daily functions, such as payments through QR codes. But for most Chinese, they can already complete such transactions easily on WeChat Pay or AliPay. So why bother downloading a newly released app that could be full of bugs?

Maybe the real testing behind the DCEP app is to get a sense of how hard it is to push people to adopt it. Perhaps the government will enact rules that will benefit merchants who prefer DCEP.

When Haipo Yang talks, crypto circles listen. Yang founded  ViaBTC, one of the largest mining pools in the world, as well as CoinEx, a crypto exchange known for its focus on Bitcoin Cash-based trading. An outspoken Bitcoin Cash supporter, he’s suddenly making noise about a potential fork.

“I  remember three years ago, when BCH forked from BTC,” he wrote on August 6. “In fact, the fork was rushed and we were unable to design good governance mechanisms or community building.”

When I interviewed Yang on the launch of his crypto exchange, he had already alluded to his growing dissatisfaction with BCH. But he also indicated that he’s a fan of BSV, another controversial BTC fork.

Now that a few months have passed, Yang apparently wants to fork again. It’s not clear whether the fork is borne out of passion, or maybe just another marketing scheme for his mining and trading vehicles. Or maybe he just likes forks.

“中西合璧” is a classic Chinese phrase which literally means “the combination of east and west makes a jade complete.” As the world is becoming more like a broken piece of jade—see Trump’s ban of WeChat and TikTok—the world of crypto reminds us that a global, permissionless, and borderless system can still exist.