The second half of the year brings more stupidity from the crypto industry, as NASA doesn't invent a cryptocurrency, drunken texts are hastily retracted, and institutional investors fail to appear. 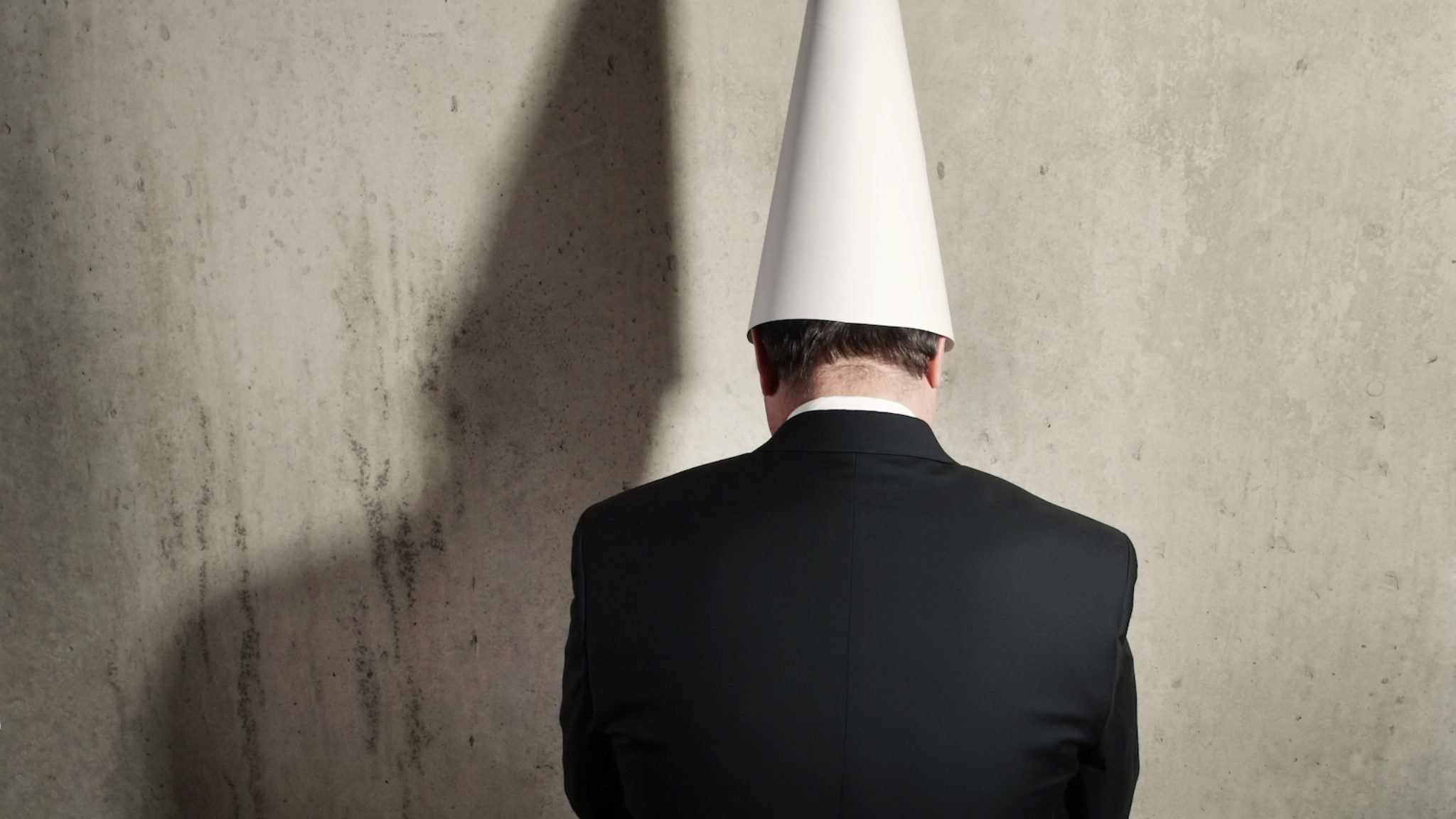 The year passes its midpoint, but the idiocy continues.

52. If a debate occurs in a forest, and nobody hears it, did it actually happen?

BitMEX CEO Arthur Hayes debates blockchain hater Nouriel Roubini, and by all accounts, loses. He then sequesters control of the video of the debate, and refuses to upload the footage unedited.

The brother of Craig Wright’s late former business partner, Dave Kleiman, sues Craig Wright on the grounds that he is in fact Satoshi—and as such, Satoshi owes the Kleiman estate $4 billion. In court, Wright says he is in fact Satoshi, but denies he owes the Kleiman clan so much as a bitcoin. In a dramatic gotcha, an expert witness testifies that documents Wright produced to support his case appear were either forged, or produced via time travel.

50. Just wait until he finds out that shitcoins are the go-to schemes of countless grifters and thieves.

US President Donald Trump randomly says mean things about Bitcoin. Inevitably and of course pathetically, Bitcoiner Reply-guys swamp the President’s mentions with pleas to reconsider. Alt-right agitator Mike Cernovich decries the president’s “lack of vision,” Forbes’s Laura Shin plugs her podcast, and Tron’s Justin Sun, in the most special reply of all, invites the President to join his lunch with Warren Buffet.

Anthony Pompliano, hero of crypto Twitter, has an “IDEA” for a “US dollar digital currency.” When a commenter points out that this is already a thing, because dollars have “been moving around digitally for decades,” Pomp replies with this head scratcher: “They aren’t moved digitally. They are moved electronically.”

“There have [sic] been an issue with the token decimals,” says Bitfinex’s chief technical officer, Paolo Ardoini, when some poor intern fat-fingers an order for 50 million tethers and instead prints 5 billion.

A network of care homes launches a crypto token called a “Carlauren Coin,” which it flogs at $70 a piece to elderly customers. Carlauren Coin comes with a guarantee of a $83 buyback. The founder describes himself as a visionary. Less than three months later, Carlauren shuts down, citing “serious cash-flow problems.” The BBC’s Rory Cellan-Jones fails to redeem his coin.

46. Public service message to people wanting to do crimes: Bitcoin is not untraceable and anonymous.

Alleged drug-peddler Hugh Brian Haney alerts the Feds when he cashes out. A law enforcement press release melodramatically recounts how ”special agents employed blockchain analytics to uncover and seize bitcoins valued at $19 million and usher Haney out of the dark web shadows to face justice in the Southern District of New York.” Emphasis added.

45. Not your keys, not your lawsuit

A man buys $3,000 worth of bitcoin in 2011 and then forgets about it after enrolling in a PhD program. Seven years later the coins are worth $2 million, and he scrambles to get them back—but, tragically, the exchange he left them with, Tradehill, has gone bust. He sues, but the case is quickly dismissed—a judge rules that he “missed the point entirely,” because he sued the exchange’s long gone CEO … not the exchange itself. 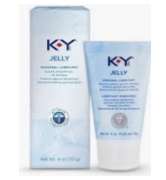 Bitfinex assures regulators that it does its utmost to block New York residents from using its trading platform, which is not licensed in the state. An anonymous trader with the username “IamaNYresident” manages to register an account, merely by choosing the option “Not a US resident” on Bitfinex’s drop-down menu.

Aspiring “institutional” crypto exchange LedgerX declares that it has secured regulatory approval for “physically delivered” Bitcoin futures, beating to the punch its institutional rival, Bakkt. Sadly, regulators disagree. LedgerX’s CEO embarks on a Twitter rant about “democracy,” and threatens to sue the CFTC.

42. Gold bug says he buys coffee with his ingots. 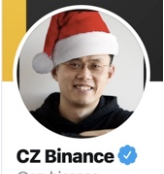 40. John McAfee is in custody or … whatever.

Sensing the news cycle is getting away from him, crypto spokesman John McAfee says he’s been arrested by the Dominican Republic, for… who the hell knows, or cares, what. He is then deported to the UK, where he invites Decrypt’s own correspondent to join him for a night of senseless debauchery in his Soho redoubt. (Alas, McAfee passes out by the time our reporter arrives.) McAfee then flees to Lithuania, settling down in what looks like the inside of a reverse-baked potato.

BitMEX buys a full-page ad spread in the Times of London, and is censured by the Advertising Standards Authority for using a log chart to make Bitcoin’s long-term price performance look better.

A weird self-dealing bot on an obscure altcoin exchange causes “Bitshares,” a cryptocurrency designed to algorithmically maintain parity with the dollar, to trade at an impressive premium of 3,400%. Congratulations to all involved.

Binance’s Changpeng Zhao recalls an “interesting interaction with a 14-year-old,” in which the callow youth “refused to discuss number in USD, and insisted on [Binance Coin] numbers.” Heartwarming, right? Alas, podcaster Peter McCormack promptly notes that Binance’s own terms and conditions prohibit under 18-year-olds from trading.

36. At last, Satoshi Nakamoto comes out of hiding. Ha! No he didn’t! Got you!

A new, semi-illiterate Satoshi-claimant emerges. He says the name “Bitcoin” is a play on the name of the “Bank of credIT and COmmerce INternational,” a now-defunct international bank. He espouses vaporous nonsense like, “... it has been said that numbers are bits of information that carry an intrinsic energetic quality and that by studying numerology, you can gain a better understanding of the deeper meaning and purpose underlying our experience.” It’s likely that the whole thing is a cynical PR stunt. Convincing! 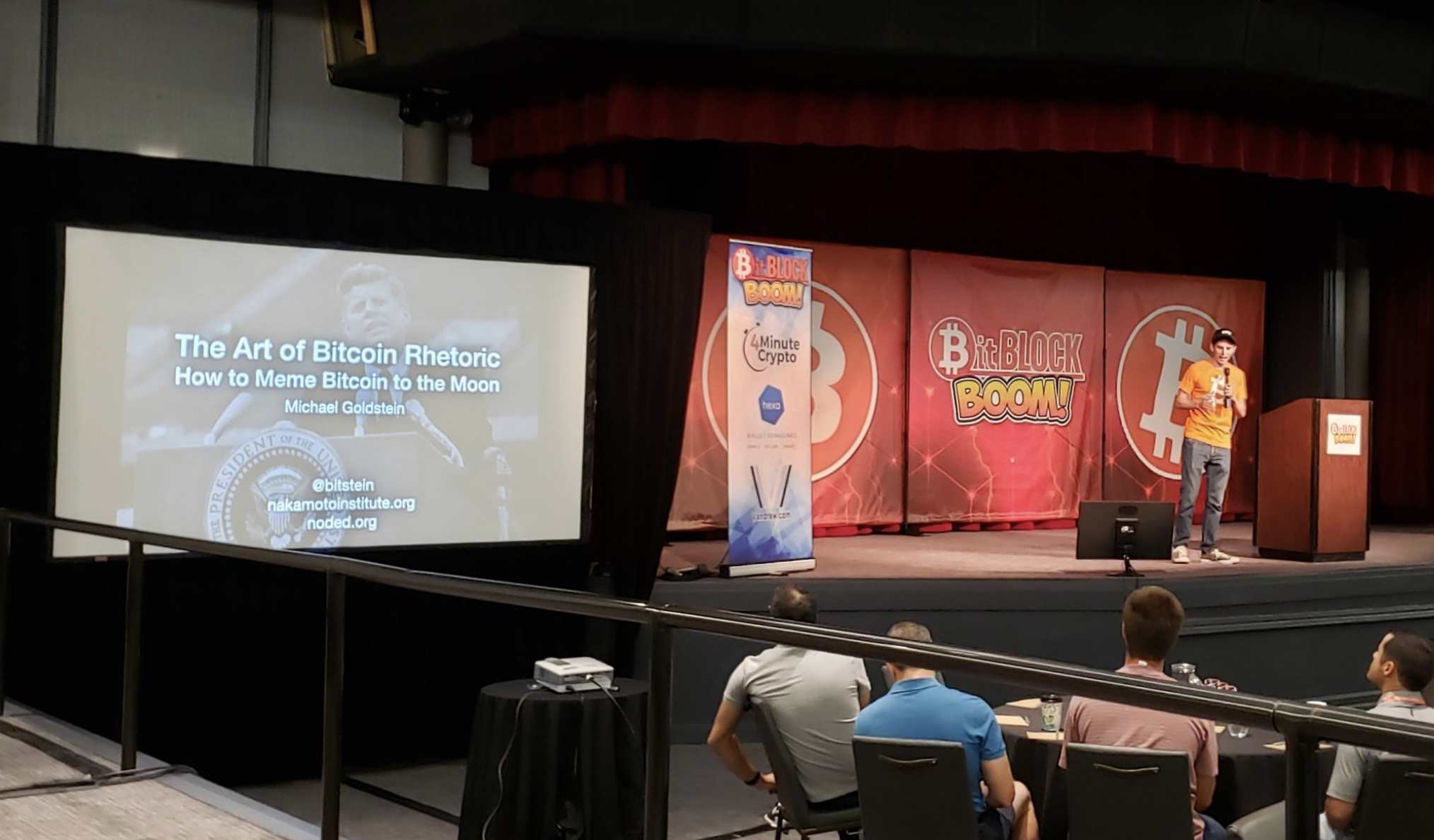 “Bitcoin Maximalists” assure us their “memeing” skills are top-notch. And you’d hope they would be, given they attend literal memeing classes at Bitcoin conferences. But, tragically, they’re not.

33. If blockchains are so decentralized, why do most of them rely on Amazon?

AWS, Amazon’s cloud-computing platform hosts around 60% of decentralized unhackable blockchains. This is revealed when the centralized service… goes offline.

When a little-known token called “CLAM” loses 80% of its value, traders with long positions on the coin are wiped out, incurring 1,800 bitcoins’ worth of losses. Poloniex’s solution: make up for the sudden deficit by “generaliz[ing] it proportionally” across all traders. Even traders who’ve never touched a “CLAM” in their lives have to pony up and help pay for the losses.

The NSA launches a cryptography division; Forbes misunderstands, and reports that NASA is launching a cryptocurrency. Erm, never mind.

30. No such thing as easy money, pt. MMMXXIV

The newest craze in cryptoland, “initial exchange offerings” (basically an ICO handled by an exchange) promises extraordinary returns, and does—sort of. After around six months, projects generate a whopping minus 80% profit for investors. One sad entrepreneur invests £6,000, and makes back...£7.50.

Libra is announced! And it goes off without a hitch. Only a tiny majority of global governments and regulators declare it a threat to the world economy and urge Facebook to pack it in. When one French minister vows to block it in Europe, echoing dozens of other lawmakers worldwide, Facebook says it "welcome[s] this scrutiny" and that it "deliberately designed a long launch runway to have these conversations, educate stakeholders and incorporate their feedback in our design." All is well.

28. Maximalists are meat eaters, sure. But are they pet eaters? 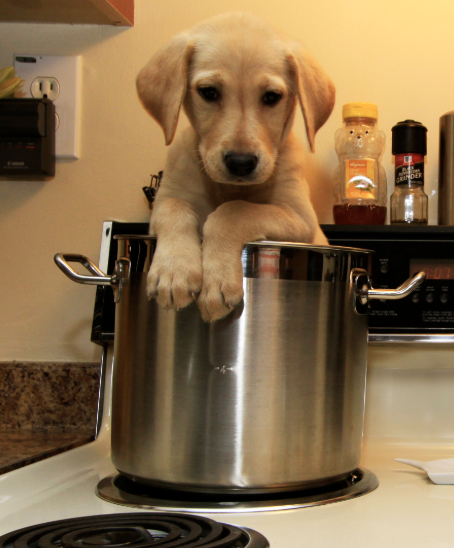 A Florida Bitcoiner says he once had a cat and regrets not eating it.

27. Overstock founder goes all in on crypto. Related: He stores his seed phrase with a priest.

Patrick Byrne resigns dramatically from Overstock, railing against “Deep State” conspiracies while vowing to dedicate the rest of his life to blockchain. He declares his plan to invest in assets “counter-cyclical to the economy”—gold, silver, and “two flavors of crypto.”

The gold and silver, he assures us, are “outside of the reach of the Deep State.” The crypto, meanwhile, “is stored in the place where all crypto is stored: in mathematical mist, behind long keys held only in the memory of someone who is quite good at storing such things in memory (with paper backups in the hands of a priest I met 35 years ago who never sets foot in the West).”

26. Kik closes down flagship messaging app to focus its efforts on … being sued by the SEC

Kik shutters its popular messaging app and lays off 80 employees in order to devote more resources to its true calling: getting humiliated by the US Securities and Exchange Commission.

Desperate bagholders squeal with delight upon the launch of Bakkt, the “regulated” crypto exchange that devotees are convinced will hoover up the trillions of dollars’ of “institutional money” lying in wait to pump Bitcoin to the mooooon. Bitcoin’s price plummets.

Kik CEO Ted Livingston supposedly tells Coindesk in a “drunken text” that he intends to resign. Except he doesn’t, because the “Ted Livingston” Coindesk believed it had contacted was actually a hoaxer on Telegram named, “Ted E Bear.” Had we been sober when Ted. E. reached out to us… but we couldn’t be bothered.

NBA star Spencer Dinwiddie announces a bold plan to issue “tokenized securities” backed by his $34.4 million player contract, allowing fans to profit from his successes and lose money on his failures. Everybody loves it—except the NBA, which promptly bans him from doing it.

22. Blocking and tackling and wrist slapping.

Block.one raises $4 billion in a token sale that most observers assume is an illegal and unregistered securities offering. The US Securities and Exchange Commission investigates the company, ultimately saddling it with, uh, an incredibly favorable $23 million settlement.

21. Crypto Ratings Council wrong pretty much right out of the gate.

Coinbase corrals a group of its respectable friends and forms the “Crypto Ratings Council,” which offers appraisals of various tokens, ranking them out of five on how closely they resemble illegal securities. EOS receives a middle-tier 3.75, shortly before settling with the SEC over allegations it was an, er, illegal securities offering. 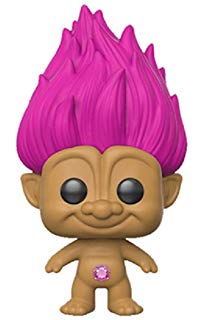 In one of the year’s juicier Twitter spats, The Block’s Mike Dudas picks a fight with a VC, Mike Arrington, who happens to have invested in Dudas’s subscription-based crypto site. As usual, Duddy deletes all his hurtful tweets, and Arrington confesses “I’ve blocked or muted so many people on this string that I can’t figure out what it’s about.” Everyone goes home happy.