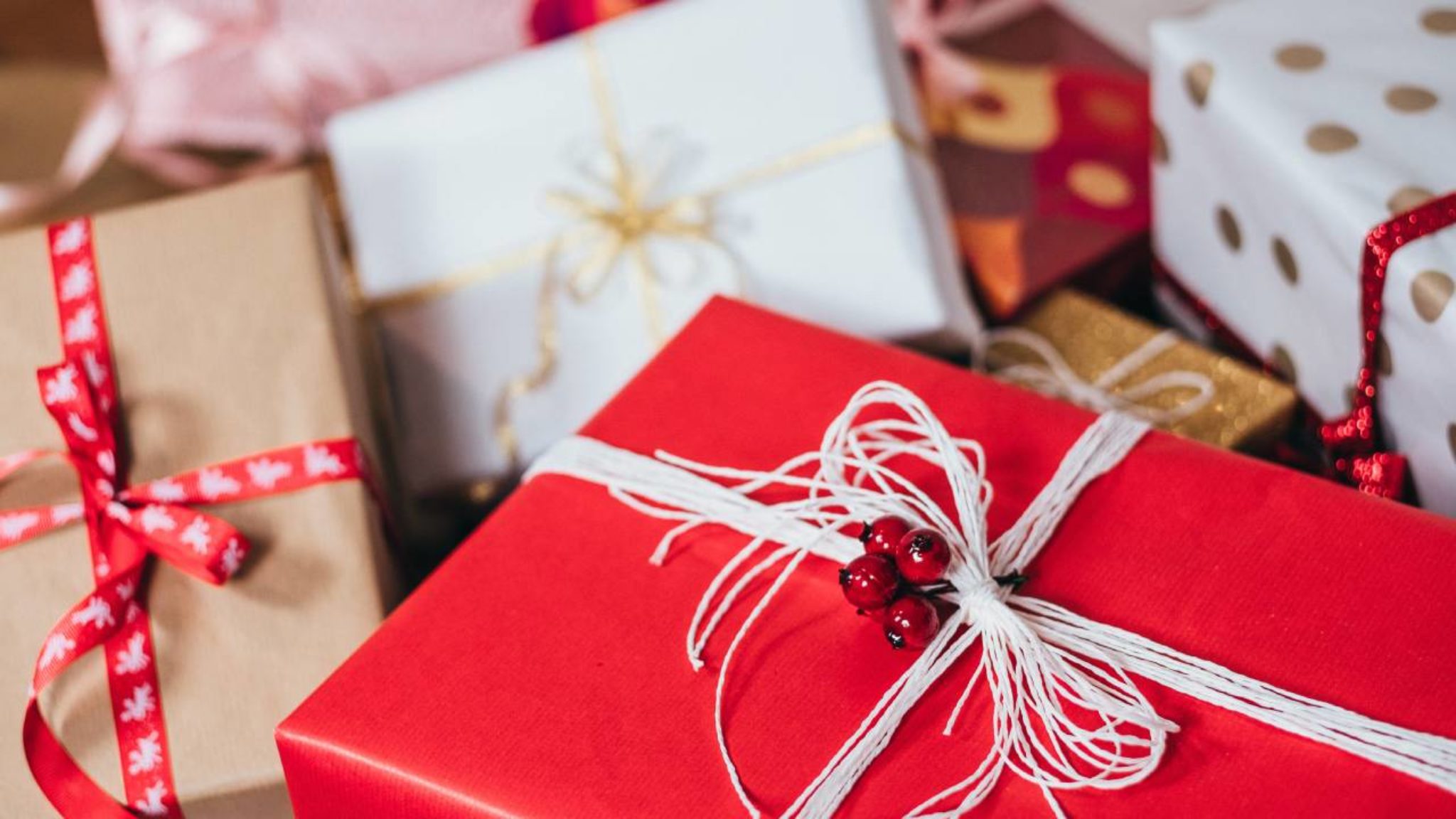 This holiday season, put a little crypto under the Christmas tree with these Bitcoin and blockchain themed gifts.

Christmas is a time for giving, and if you’re looking for crypto presents for the holiday season, we’ve rounded up a selection of gifts to suit all wallets. From stocking fillers to cost-no-object gifts for bitcoin millionaires, there’s something for everyone in our crypto Christmas gift guide.

That most traditional of Christmas gifts gets a crypto makeover with this set of five pairs of socks, each sporting an eye-catching pattern of crypto logos. Bitcoin, Monero, Ethereum, Stellar and Litecoin are all represented—though given the, er, bold colour schemes of some of the coins, pairing them with your outfit could challenge your sartorial sensibilities.

Love the smell of crypto in the morning? Now you can literally bathe in the scent of digital money with these themed soaps, embossed with the Bitcoin, Litecoin and Ethereum logos. They’re made from hemp oil and olive oil, loaded with essential fatty acids and anti-inflammatories. Pick and choose from lemongrass and grapefruit, activated charcoal and spearmint with eucalyptus, goat’s milk, lavender and castile varieties.

This documentary has plenty to offer for crypto newbies and veterans alike. Kicking off with a primer on blockchain technology, it soon evolves to follow several parallel storylines; the ongoing trial of British activist Lauri Love, accused by the US of stealing government secrets; the creation of Ethereum; and examples of how blockchain is impacting everything from aid for refugees to power supplies.

It comes with a solid pedigree; director Alex Winter also helmed Downloaded, which explored the rise and fall of Napster, and Deep Web, an in-depth look at the Silk Road crypto drugs market. One of the better examinations of blockchain and the nascent crypto industry.

Although the latest HTC Exodus 1s “cryptophone” isn’t yet available to buy, its older, better-specced sibling is still on sale. The Exodus 1 packs in its own Zion cryptocurrency hardware wallet, and is even capable of running a full Bitcoin node (though it’s waiting on a firmware update to enable this capability).

As a phone, the Exodus 1’s spec sheet is respectable, if not quite up there with 2019’s flagship models. It packs a Qualcomm Snapdragon 845 processor with an octa-core CPU, 6GB RAM and 128GB of storage along with a 6-inch, 1440 x 2880 pixel Super LCD screen, plus dual 12MP/16MP rear cameras and twin 8MP front cameras. A 3500mAh battery keeps things chugging along (though once it’s been updated to run a full Bitcoin node, you’ll want to keep it plugged into the mains if you want to enable this capability).

Let’s be honest: Crypto is not the best movie in the world. Decrypt called it “paralyzingly slow”, “thuddingly unsubtle” and “not awful, exactly, because it's running on rails.” But on the other hand, it is one of the few (fictional) movies released thus far to make cryptocurrency a plot point (Hollywood tends to lag behind emerging trends, since it takes a long time to make a movie). Go in expecting nothing more than an entertaining B-movie, and it’s perfectly adequate. Which makes it ideal for viewing on Christmas evening when you’re stuffed with pudding and the only thing left in the drinks cabinet is The King’s Ginger.

Bitcoin ATM firm General Bytes clearly intended this sign for shops running its hardware, but it’s also a splendid piece of wall art for the Bitcoin faithful. It’s a bona fide neon sign, not a try-hard lookalike; made of hand-blown glass tubing and available in 39x49cm ($425) and 52x61cm ($500) variants. Note that because of its fragile construction, shipping isn’t cheap; you’ll need to add $125 to get it sent out to you.

Ben Mezrich’s follow-up to The Accidental Billionaires (filmed as The Social Network) picks up the story of Cameron and Tyler Winklevoss, who invested their 2015(?) settlement from Mark Zuckerberg into the then-nascent Bitcoin cryptocurrency and turned a massive profit, eventually setting up their own exchange, Gemini.

Something of a mea culpa from Mezrich, who painted the Winklevoss twins with a broad brush as entitled Harvard jocks in the original book, Bitcoin Billionaires reappraises them as shrewd businessmen with hidden depths.

The book leans heavily on glitz and glamour–there are an awful lot of scenes at parties, where people deliver exposition over a thumping EDM beat. But it’s an interesting account of how cryptocurrency has outgrown the fringe anarchists who championed it in its early days, and how–for good or ill–it’s been taken up by well-heeled figures intent on taking it to the mainstream.

If the bitcoin lover in your life is looking to add a touch of National Treasure to their paper wallet storage, here’s just the thing. The Bitcoin Vault is a heavy duty cast metal storage device that relies on a five letter combination to access the contents inside, and comes replete with steampunk-esq bezels and milling.

The product’s tagline describes the vault as “a relic from the past to store your digital currency of the future.” If your betrothed is looking for something that looks a little less like a beacon for potential thieves, we’d suggest going for the slightly more expensive–but substantially more secure–Xapo cold storage solution.

While crypto wallets have pretty sophisticated levels of security, there’s no reason not to go the extra mile with your precious cargo. Faraday Bags are pouches designed to resist everything from fire, water and solar flares to RFID attacks and magnets. They block cell signals from reaching your wallets, too—keeping prying eyes from getting anywhere near your loot. Ticonn's Signal Blocker Pouch comes in natty carbon fiber and Harris Tweed finishes, and will easily accommodate your hardware wallet of choice.

Where would we be without a hideous Christmas sweater to help bring in the festive cheer–and by jove we need some cheer this year. Hodlmoon has taken the Christmas staple and given it a crypto makeover. Choose from Bitcoin, Ethereum, Brave or er… Kyber Network themed sweaters, among others.

Alternatively, if you’ve been hodling an obscure token for years hoping it will come good, you can ask the Hodlmoon team to design a sweater of a cryptocurrency of your choice.