Houston Rockets Add NYDIG as Bitcoin Sponsor, Team Will Be Paid in BTC

The Bitcoin-centric financial services firm is sponsoring the NBA team and its arena, and will custody the BTC it is paying for the deal. 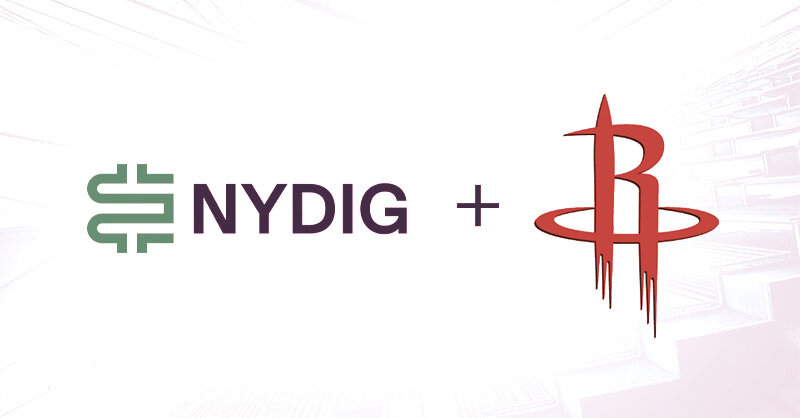 The Rockets are linking up with NYDIG. Image: NYDIG

The NBA’s Houston Rockets took another step into the cryptocurrency industry today, announcing a partnership with Bitcoin financial services firm NYDIG—and the alliance will see the team paid in Bitcoin (BTC).

NYDIG will serve as the team’s Official Bitcoin Services Partner and Bitcoin Platform, and the companies will work together to develop educational content and community initiatives.

Furthermore, NYDIG branding will be included in the Rockets’ digital and social media presence, as well as within the team’s Toyota Center arena. NYDIG signage will appear on the team’s courtside apron, plus the company is the first naming rights partner for the arena’s suites level, which will be named the “Bitcoin Suites by NYDIG.”

NYDIG will not only pay the team in Bitcoin for the sponsorship deal, but also custody the leading cryptocurrency for the Rockets. The deal will also apply to “a range of cryptocurrency services,” per a release.

"The Rockets will be #PaidInBitcoin, and this partnership underscores our excitement about the Houston area and the Bitcoin innovation taking place there,” said Kelly Brewster, Chief Marketing Officer of NYDIG, in a release. “NYDIG's partnership with the Fertitta family, across their businesses, will significantly accelerate its goal of making Bitcoin accessible to all."

Houston Rockets owner ​​Tilman J. Fertitta has recently partnered with NYDIG across other business ventures, including for Bitcoin rewards for his Landry’s restaurant chain, which has also added Bitcoin payments at its locations during 2021. Fertitta's Post Oak Motor Cars dealership is also aligned with NYDIG to enable Bitcoin-secured car loans, plus the dealership has accepted Bitcoin payments since 2018.

This isn’t the Rockets’ first step into crypto-centric alliances, either. The team partnered with Bitcoin mining firm Bitmain in 2018, and then earlier this year signed a deal with Socios, maker of crypto token fan rewards.

As with Socios’ recent deal with the New England Patriots, however, no Rockets token has been announced—it’s purely a marketing partnership for now. Socios has now signed 24 NBA teams to such deals.