Galaxy Interactive has raised a massive new fund to invest in crypto projects at the intersection of finance and tech. 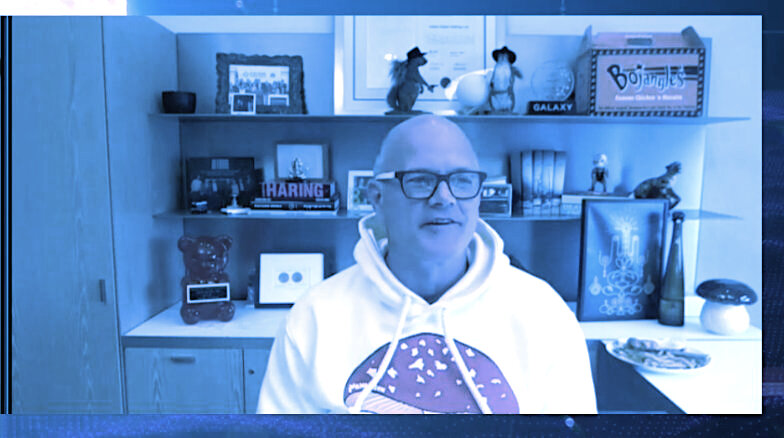 The new fund will be dedicated to "interactive" projects, which is how Galaxy describes those "at the intersection of content, finance, and technology."

In an interview with Decrypt, Galaxy general partner Sam Englebardt, who leads the "interactive" fund, said crypto gaming and art will be among the sectors he is focusing on.

"We're investing in opportunities that arise as a result of young people moving en masse to digital. The digital identity they build for themselves is just as important as the real world," said Englebardt, who described the emerging metaverse as the biggest change in culture he's seen in his lifetime.

Englebardt says he has focused particularly on the video game industry, which he had described as the "tip of the spear" for the broader—and still evolving—crypto sphere.

So far, the new Galaxy Interactive fund has already invested around $150 million of its capital in companies like video game maker Mythical Games and Masterworks, which lets people buy portions of fine art and register their title on a blockchain.

Launched in 2017, Galaxy Digital is one of the older crypto investors in the industry, which has helped Englebardt gain a long-term perspective on how things have evolved.

From an investor's viewpoint, Englebardt says that he is glad to meet many bona fide crypto teams, which is a far cry from the Initial Coin Era period of 2017 and 2018, when many projects were no more than a "PowerPoint and fancy names."

Englebardt also noted that software infrastructure has evolved dramatically in the past five years, and that there are now numerous projects dedicated to the application layer of blockchain—rather than just the protocol one as in the past.

The limited partners of the new fund include institutions, family offices and university endowments, which reflects how crypto investments have become increasingly mainstream. And in another new development, Englebardt says the fund will obtain tokens when it invests in portfolio companies, rather than just asking for traditional shares.