Napster creator Shawn Fanning’s new company Helium flips the switch on an innovative wireless network for the Internet of Things. 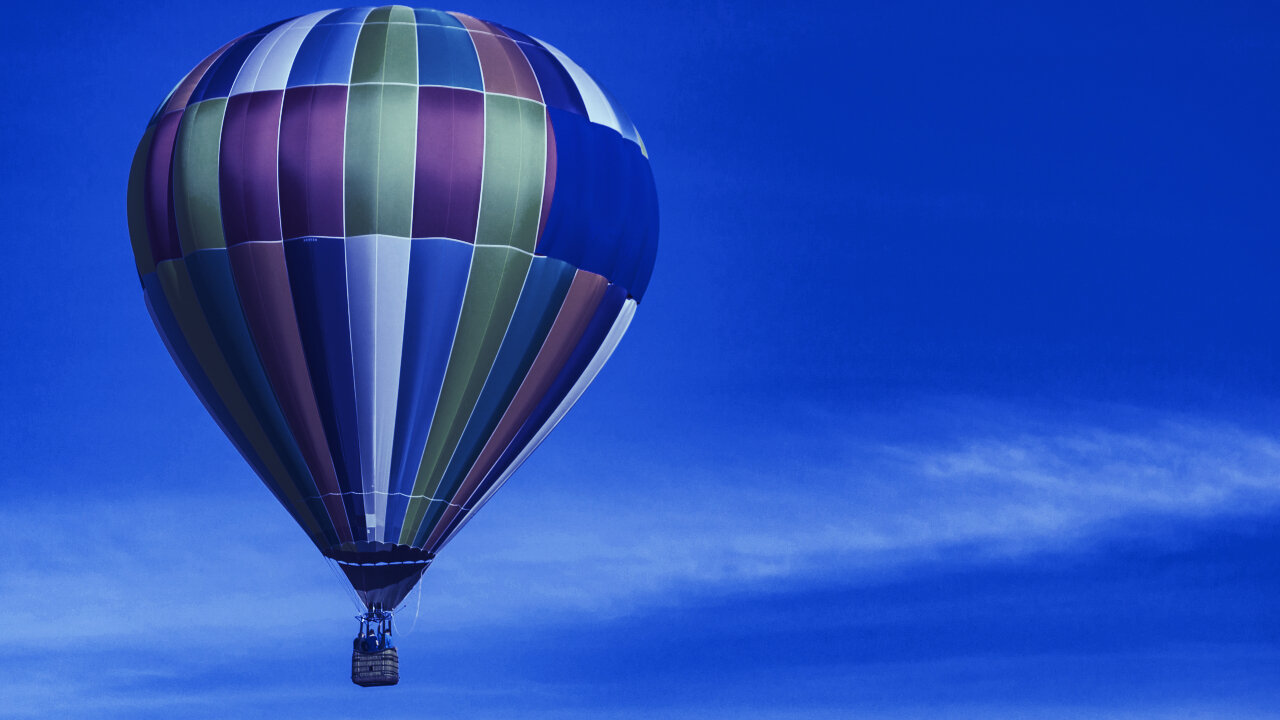 Napster creator Shawn Fanning’s new company Helium flips the switch on an innovative wireless network for the Internet of Things.

There’s a new way for Internet-of-Things devices to connect to the digital world—a low-power, wide-area network that no single entity controls, called Helium.

Nicknamed “the people’s network,” Helium is owned and operated by the network’s users, who earn money in the form of a new cryptocurrency, in exchange for providing coverage to the network.

It’s the brainchild of the San Francisco-based Helium Systems, co-founded in 2013 by CEO Amir Haleem and Napster creator Shawn Fanning. The company is on a mission to help create a ubiquitous, peer-to-peer wireless network that ties together the fabric of the entire IoT universe—everything from smart pet collars to refrigerators—and then get out of the way.

“We don’t try and participate in the network, and we don’t charge fees to use it,” Haleem explained in an interview with Decrypt. “We incentivize others to become their own network operators. We nicknamed this thing the ‘people’s network.’ And that’s because it’s built by people.”

"We’ve been able to incentivize people to become their own miniature version of AT&T. They are their own operator; they make their own money."

It’s an ambitious goal—and the first phase of this grand plan begins today, when the network launches in the test city of Austin, Texas.

The idea, said Haleem, is to test the network in a single place and “watch it for a little while” to make sure it all works as intended. Austin, home to Helium corporate clients such as e-scooter maker Lime, was “the perfect place to do it,” he said.

The @Helium Hotspot has landed in #ATX! #ThePeoplesNetwork #launchday 🚀🚀🚀 pic.twitter.com/CnsJtIRirM

“The immediate priority is to get the network stable and ensure adequate coverage all over the city,” said Kyle Samani, managing partner of the Austin-based Multicoin Capital, which co-led a $15 million investment round in Helium in June. It was Multicoin’s largest private investment to date.

“No one has done anything like this ever before,” said Samani. “Once we're sure the network is stable and providing adequate coverage all over the city, some of the companies that have been itching to use the network will start using it in production.”

To kickstart it all, Austinites will receive the first shipment of 150 Helium Hotspots—the nifty, router-sized piece of hardware that underpins the network.

Hotspots first went on sale in June for $500 each, and quickly sold out. Because of Helium’s “LongFi” technology, fewer than 200 Hotspots are more than enough to cover the 2.2 million people across more than 500 square miles in the greater Austin area, Samani said.

Each Helium Hotspot serves a dual purpose, Haleem explained: half crypto miner, half wireless network host. A Hotspot owner need only plug it in, connect it to an existing WiFi network, and away it goes—there’s no need to create any sort of account with Helium or any other company using the network.

Once connected to the Internet, Hotspots communicate with each other, broadcasting long-range radio waves that create a wide-area network that IoT devices can then plug into and begin transferring data to and from the Internet.

Lime, for example, will use the Helium network to track stolen scooters. Nestle will use Helium to track inventory in ReadyRefresh office refrigerators. InvisiLeash plans to use the network for its smart pet collars, and the Austin-based Airbnb competitor Stay Alfred will track occupancy status and room quality in its rentals with Helium.

As a company, Helium’s level of involvement with each of its corporate customers is varied. Haleem said that his company, in some instances, is directly engaged with IoT device developers in the actual design and implementation of the sensors that communicate with the network. Companies with their own engineering teams, however, are free to build their own.

“Our goal is to, by September, release the hardware development kit that will allow anyone to build devices that are compatible with the network,” Haleem said. “Everything we do is open source. So the blockchain network is open source, the hardware design, the protocol—everything involved in this is open source,” he said. “We can’t do it all on our own. It’s a ridiculously large task.”

A task that Haleem says would be impossible without the “cryptoeconomics” that power the network. Every time a Helium Hotspot performs an action on the network, it is rewarded in cryptocurrency—the Helium token—which is what makes the entire network tick, Haleem said.

Helium utilizes a completely new, built-from-scratch blockchain, powered by a two-token system. It uses a unique “proof of coverage” consensus mechanism, which is how Hotspots are able to prove to the network that they are who they say they are, and located where they say they are located.

"Helium presents the most ambitious new use case for blockchains we've seen since Ethereum."

“Are you actually a Hotspot operator, or are you a virtual machine in Russia or something? This is what we’re trying to prove,” Haleem explained.

Hotspots earn Helium tokens by solving mathematical proofs—sending, receiving, and verifying these challenges, all while providing wireless coverage to the network. The second token is called the Data Credit, which is what the network’s users—companies such as Lime and InvisLeash—use to pay for wireless bandwidth.

Data Credits are non-exchangeable and non-transferable, and each Data Credit entitles a user to one byte of data on the Helium network. “You can kind of think of it as an airline mile or a cellphone minute or something like that—where it can’t be traded or exchanged. Its only purpose is to buy data and send data on the wireless network,” said Haleem.

Helium’s CEO says the plan is to keep the price of coverage stable in Data Credit terms, so that one Data Credit costs 0.0000002 of a penny per byte. “So, if a Helium token is trading at $10, if you burn one token, then you would end up with 200 million Data Credits,” he explained.

For the moment, Helium Systems is acting as an intermediary to facilitate the buying and selling of Data Credits. However, Haleem said he would eventually like to see a decentralized marketplace develop in which Helium token holders can sell their tokens directly to the enterprises who need Data Credits. It is also possible, he said, for these enterprises to self-subsidize their own data usage on the network by running their own Hotspots—essentially paying for their own use by providing coverage to the network.

If it works, Helium would create a network unlike any that has come before it. And, according to Samani, it already ranks among the most innovative breakthroughs in the short history of blockchain technology.

Multicoin Capital is betting big on Helium, but for Samani, the potential rewards are worth the risk. “The market opportunity is simply massive. Global telecom [capital expenditure] is measured in the trillions,” he said.

The return for Multicoin, Union Square, GV (formerly known as Google Ventures), and the other VC firms who have collectively sunk more than $50 million in Helium over the last few years will largely depend on just how wide the network eventually grows.

For now, Helium Systems makes its money from the sale of its Hotspots, and it will also take a diminishing amount of the Helium tokens that are mined on the network—beginning at 35 percent in year one. The company is also developing proprietary software products such as Console—a tool designed to help IoT companies track their devices in real time.

“Helium presents a fundamentally new business model for deploying and managing wireless networks that can be upwards of 90 percent less expensive than traditional models," Samani said. "This is classic, bottom-up disruption.”

Haleem said Helium first began experimenting with blockchain more than two years ago, when—after four years in business—the company realized there was no other way to build the type of peer-to-peer network it had envisioned.

“We spent a lot of time of trying to reach that goal: how do you build a low-power, wide-area network? It’s really one of these situations where the economics are just completely broken,” he said.

Traditional cell network companies, such as AT&T or Verizon, spend hundreds of millions—or even billions of dollars—to build out their network infrastructure, Haleem explained. “And that’s sort of OK, because they’re going to earn back significant revenue, because you’ve got mobile phones and laptops and high-bandwidth devices using the network.”

Since cell network customers are happy to pay anywhere between $100 to $200 per month for wireless service, Haleem said, companies like AT&T can justify the massive costs involved in building out their network.

But with low-power IoT devices, which transmit much less data and much more infrequently, the situation is entirely different. A company attempting to build this sort of network through traditional means must still incur the same massive costs associated with a cell network, but with nowhere near the same return.

“That’s why I think the cell companies haven’t been able to penetrate deeply into this world,” Haleem said. And the startups that have tried—companies such as SigFox and Ingenu—are running into a “painful economic reality,” according to Haleem. “You’re going to spend hundreds of millions of dollars, and people are going to pay you a dollar a year to use this network.”

Helium’s pivot to crypto provided the answer: “So, what we thought instead was, what if we could take advantage of cryptoeconomics, and make this much more of a crypto network—where we effectively give away the network?”

Helium’s economics are built to “incentivize people to become their own miniature version of AT&T,” said Haleem. “They are their own operator; they make their own money; and they get paid by devices when they use the network,” he said.

“It’s a very innovative economic approach to a very difficult problem, and I think it’s only possible using a cryptocurrency and a blockchain to underlie it, because it’s the only way you can coordinate these kinds of economics on a broad scale.”

The road ahead for Helium

First comes Austin, and should all go well, Helium is planning to deploy its hotspots to 56 cities all over the world by October.

Samani said that some of Multicoin’s limited partners who invest in its fund “have deep connections in other major metros throughout the country, and they have agreed to buy dozens of hotspots and deploy them all over their respective cities.” Whenever they go back on sale, that is.

For now, Haleem says the demand for Helium Hotspots has been “amazing”—with some individual customers buying 50 or more and intent on covering “an entire city by themselves and own that city,” he said. “They want to be like a kingpin or something—running the network [in their town]. Awesome, you know? That’s exactly what we’re trying to accomplish.”

Said Haleem: “People feel empowered to build this network of the future, and own it themselves.”