From NASCAR to the NBA: Sports Loves Dogecoin 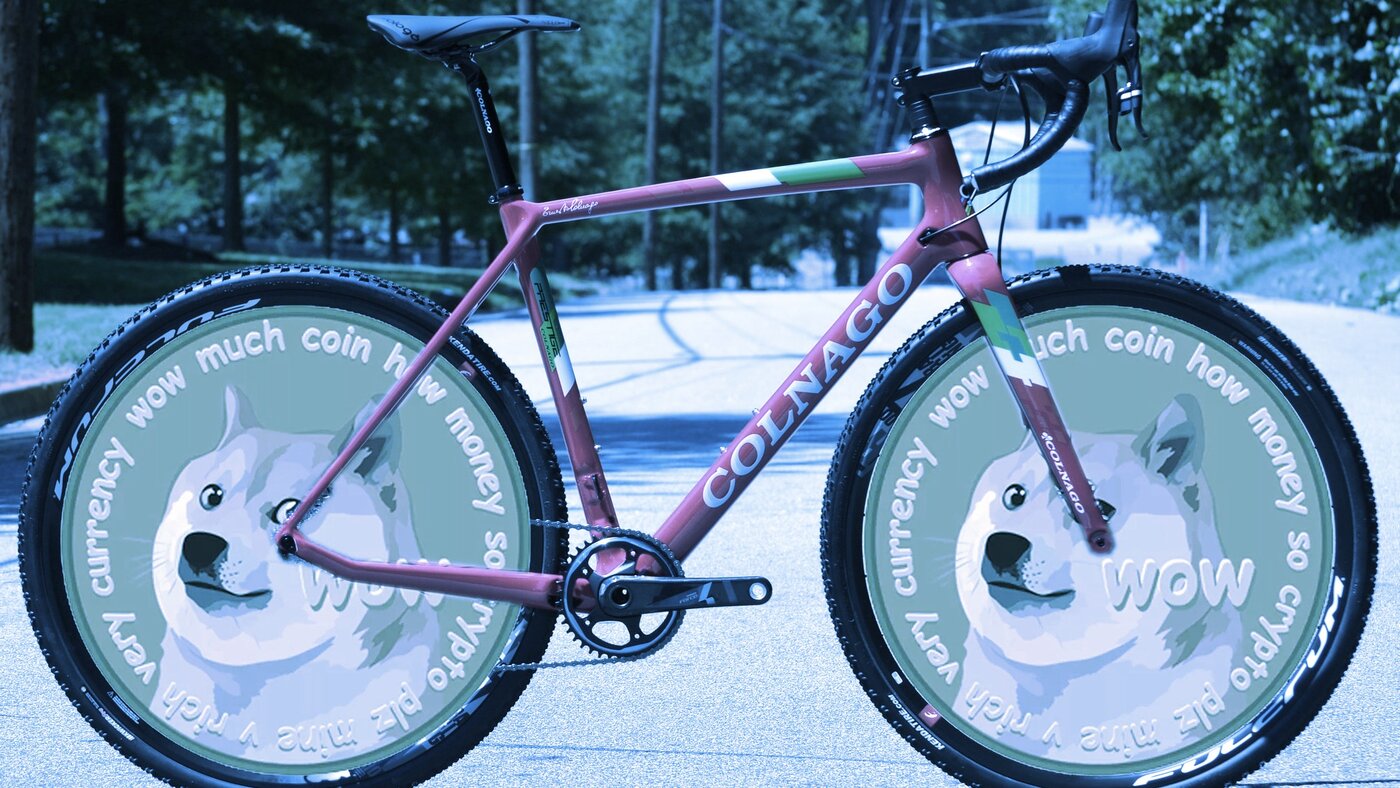 This week, the NBA's Dallas Mavericks made Dogecoin holders happy by announcing the team will accept the meme-based cryptocurrency for tickets and merchandise.

This isn’t the first time the 14th-largest cryptocurrency by market cap has played a role in the sports world. From auto racing to ice sports, DOGE just keeps popping up.

In 2014, the Jamaican two-man bobsled team was having trouble getting to the Winter Olympics, not because it hadn’t qualified but because it didn’t have the money to participate. In a fundraising plea, driver Winston Watts said, “Right now, we’re at zero.”

Internet denizens, many of whom were raised on a childhood diet of Kool Aid and Cool Runnings (the 1993 film about the underdog 1988 Jamaican four-man team), responded...with Dogecoin. The Dogecoin Foundation, a now-defunct charity, organized a fundraiser that brought in $30,000 in the coin.

The team, unfortunately, finished 27th out of 28 teams.

Racing in the Dogecoin Digital Currency / Reddit.com car for the first time, Wise finished 20th. He ended up racing the Shiba Inu-adorned car again in the Sprint Showdown and the All Star Race, finishing in 18th and 15th place, respectively. But the magic was gone after that—he finished in 28th and 48th in his final two races in the car.

The Dogecoin car is making something of a return to NASCAR this weekend at the Alsco Uniforms 300 in Las Vegas. Sean Taylor, CEO of car suspension company Springrates, chose to include Dogecoin imagery on the car he sponsors for driver Stefan Parsons.

We're bringing @dogecoin along for the ride this weekend in Las Vegas for the NASCAR Xfinity Series race!

“Lately, I have been obsessed with learning more about blockchain and the future of decentralized currency. I had the idea of including Dogecoin on the car for this race while chatting with Stefan following the season opener in Daytona,” Taylor is reported as saying. “It was ironic because at the time, I wasn’t aware his dad’s team previously ran the Dogecoin car in 2014.”

Parsons finished in 13th place in his first race this year.

As the Mavericks (18-16) announced the team's embrace of Dogecoin this week through BitPay, team owner Mark Cuban, who has spent the last month proselytizing for Ethereum and NFT collecting, said in a press release, "We have chosen to do so because sometimes in business you have to do things that are fun, engaging, and hopefully generate a lot of PR.”

To all you people getting all excitable about #Doge. Relax. It's Fantasy Sports for Crypto. It's fun to play with. The communities that have been built around it are fun. Like Sports, Fantasy or Otherwise, some people go overboard. It Happens. Be Young. Have Fun #DogecoinRise

Other teams can’t resist either, even if they don’t know how to spell it. On March 3, the NHL’s Vegas Golden Knights tweeted simply: “Doge Coin.”

The Knights (14-4-1) are first-place in their division, proving that even winners love the joke coin.

Dogecoin was created by Jackson Palmer and Billy Markus as a joke in late 2013 as Bitcoin crested above $1,000 for a few days in December, which seemed absurd to many at the time. They were riffing on Bitcoin clones and appropriated the meme of a Shiba Inu dog to demonstrate that it’s all just a wee bit silly.

But just because it’s a joke doesn’t mean there isn’t real money at stake.

Just as Redditors rallied behind GameStop stock earlier this year despite the company’s poor prospects, light-hearted tech lovers turned Dogecoin into an asset with a market cap above $6 billion.

After several years trading under a penny, Doge hit an all-time high of more than $0.08 in February 2021, boosted along by celebrity businessmen such as Tesla CEO Elon Musk and Mark Cuban.

And we all know their win record.