The “Mary” upgrade opens up exciting new use cases for Cardano and has whetted investors’ appetites. 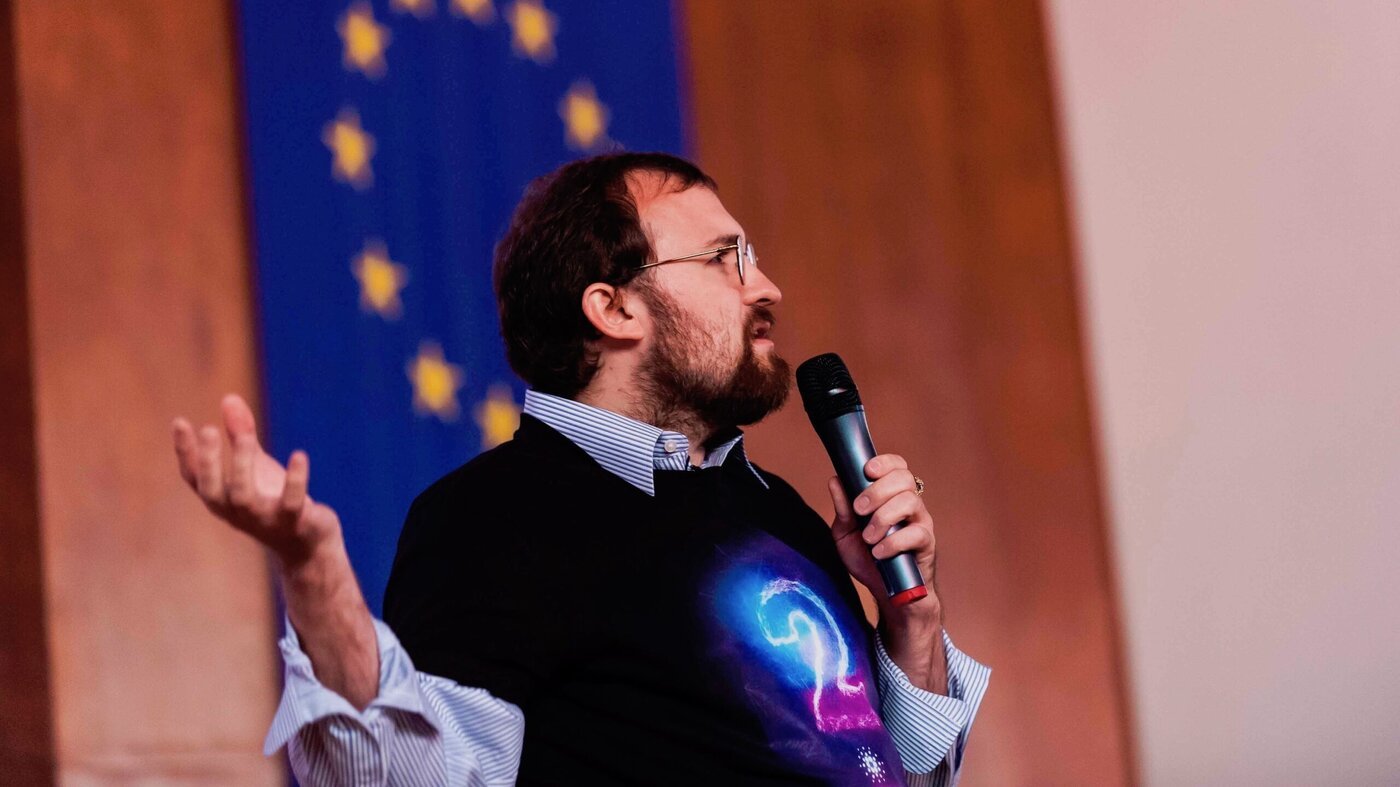 Charles Hoskinson, speaking at the Cardano Summit in Bulgaria in 2019. Image: Decrypt.

“Mary”—named after Frankenstein author Mary Shelley—Cardano’s newest upgrade, goes live at  21:44:51 UTC today. It means that, for the first time, users will be able to create their own unique tokens, including NFTs, and transact directly with these on the Cardano platform.

Mary’s main purpose is to transform Cardano into a multi-asset network similar to Ethereum but with some advantages. According to IOHK, the protocol’s developers, users can transact with tokens, but without the need for smart contracts. This means sending a token on Cardano won't be more expensive than sending its native token ADA (unlike with Ethereum).

Cardano is now the number three protocol after Bitcoin and Ethereum, and anticipation of the upgrade has been one of the factors that has pushed its token ADA up 250% in the past month. Last week, it made impressive gains, while other cryptocurrencies slumped; ADA has surged 2,440% in the past year.

New use cases will open for developers, who will be able to create custom payment tokens for Web3 applications, stablecoins pegged to other currencies and NFTs—a $250 billion market, which is rapidly gaining mainstream interest.

The mainnet upgrade, which requires a hard fork of the blockchain, is a key milestone for Cardano. It introduces native tokens and multi-asset support, while making use of Cardano’s increased transaction speeds, mission-critical security and lower fees.

Dispensing with the need for smart contracts “means that the accounting ledger will track the ownership and transfer of assets instead, removing extra complexity and potential for manual errors, while ensuring significant cost efficiency,” said Tim Harrison, IOHK marketing and communications director.

WE'RE ON!! We can today confirm that the ‘Mary’ #Cardano protocol update is now fully confirmed for March 1st.
Another key milestone in the #Goguen rollout, the update introduces native tokens & multi-asset support, bringing exciting new use cases for #Cardano 1/3 pic.twitter.com/FFK0cGNbmD

It means that Ethereum’s ERC-20 token standard—used to create fungible tokens—and its ERC-721 standard, for non-fungible tokens, now have their native equivalent on Cardano.

The Cardano tokens do not need Ethereum smart contracts, as the blockchain supports tracking and accounting. And, without the need for smart contracts, users will be able to send, receive, and burn their tokens without paying the associated fees, according to Harrison.

That could be an attractive proposition for users, as Ethereum fees (known as gas) have recently been sky-high, due to congestion, amid increased trading activity. Last week, making just one transaction on Uniswap, Ethereum’s most popular DEX, cost between $217 and $286 in fees, depending on its priority.

There is a nominal fee on Cardano for making a transaction. It’s payable in ADA, which is sent alongside the tokens and multiple native tokens can be bundled and sent in one transaction.

Cardano founder Charles Hoskinson is a co-founder of Ethereum, but he’s taken a markedly different approach to the blockchain that’s now his rival. IOHK has put research above all. Its Ouroboros algorithm was the first peer-researched consensus algorithm in the world, and the project has elicited admiration for the solid research base underlying the development of the platform.

But in terms of developer activity, Cardano is gaining, according to Hinrich Pfeifer, general secretary of the Cardano Foundation. The protocol has an average of 220 monthly active core developers, he said, and Cardano has 37,327 commits to its code, compared to 42,457 for Ethereum.

Both platforms are still working on scalability. Ethereum’s ongoing upgrade, Ethereum 2.0 would see it move from proof-of-workto a proof-of-stake protocol. Meanwhile, Cardano will tackle scaling through an architecture dubbed Hydra. It features protocols with multiple heads, with each potentially able to process an impressive 1,000 transactions per second.

But multi-headed serpent protocols and Frankenstein-inspired upgrades are not all Ethereum has to fear, “Mary” is part of Cardano’s Goguen era, which will introduce Cardano-style smart contracts to the platform later this year. This will enable it to support decentralized applications, as Ethereum does, making it, for the first time, a viable competitor.