The most well-known decentralized marketplace said it had no choice but to close unless its community donates.

Investors are the backbone of decentralized networks. Image: Shutterstock

Update: this article has been amended to add comments from OpenBazaar.

Decentralized marketplace OpenBazaar said on Friday that it will close down unless it receives more financial support.

OpenBazaar said in an announcement that its services—seed nodes, API wallet, exchange rate API—would be shutting down unless significant donations are sent. A representative from OpenBazaar told Decrypt “a We don’t have a solid target at the moment but a soft one for us is 100k to keep it up for the next year.”

The marketplace said that it had “no choice” but to shut down its services due to a lack of “level of user growth and adoption.”

OpenBazaar, launched in 2014, is one of the longest-running decentralized marketplaces.

Decentralized marketplaces are trustless networks allowing people to buy and sell goods online. They don’t have a single entity controlling them—like Amazon—and anyone can help run their peer-to-peer networks.

Since launching, nearly $44 million in cryptocurrency has been sent over the platform to buy anything from sneakers and laptops to boardgames and chocolate. This is small potatoes compared to darknet markets, which, combined, trade anywhere from $5-15 million each day, according to analysis of 2019 data by Chainalysis.

OpenBazaar says it does not cater to illicit commerce, though various prescription medications like oxycontin and tramadol—illegal to buy online in some countries—are available on the marketplace. 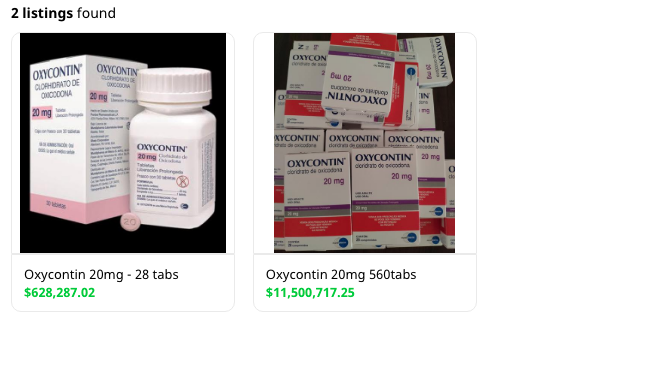 OpenBazaar said that its messaging and wallet app, Haven, will also stop working on October 1.

Instructions on how users can release their funds will be published in “coming days,” the marketplace said. OpenBazaar’s search engine and Blockbook indexer code will also be made open-source “for those that may want to run the infrastructure privately.”

But the marketplace added that there was still hope to save its services. “There is only one possibility for OpenBazaar and Haven to continue, and cancel the shutdown: community support,” it said.

Unlike other online marketplaces—like eBay—there are no fees to list or sell goods on OpenBazaar and no middleman taking a cut.

An open-source project, there is no single entity running OpenBazaar but rather a number of developers who help the peer-to-peer network function.

OpenBazaar launched in April 2014 at a hackathon in Toronto as a project called “Dark Market.”