A Deep Dive Into DeFi Venture Funding: VCs are Stronger Than Ever

The 34 DeFi companies listed on DeFi Pulse have raised just over $500M from more than 100 venture funds.

The 34 DeFi Companies listed on DeFi Pulse have together raised just over $500M from more than 100 VC funds. 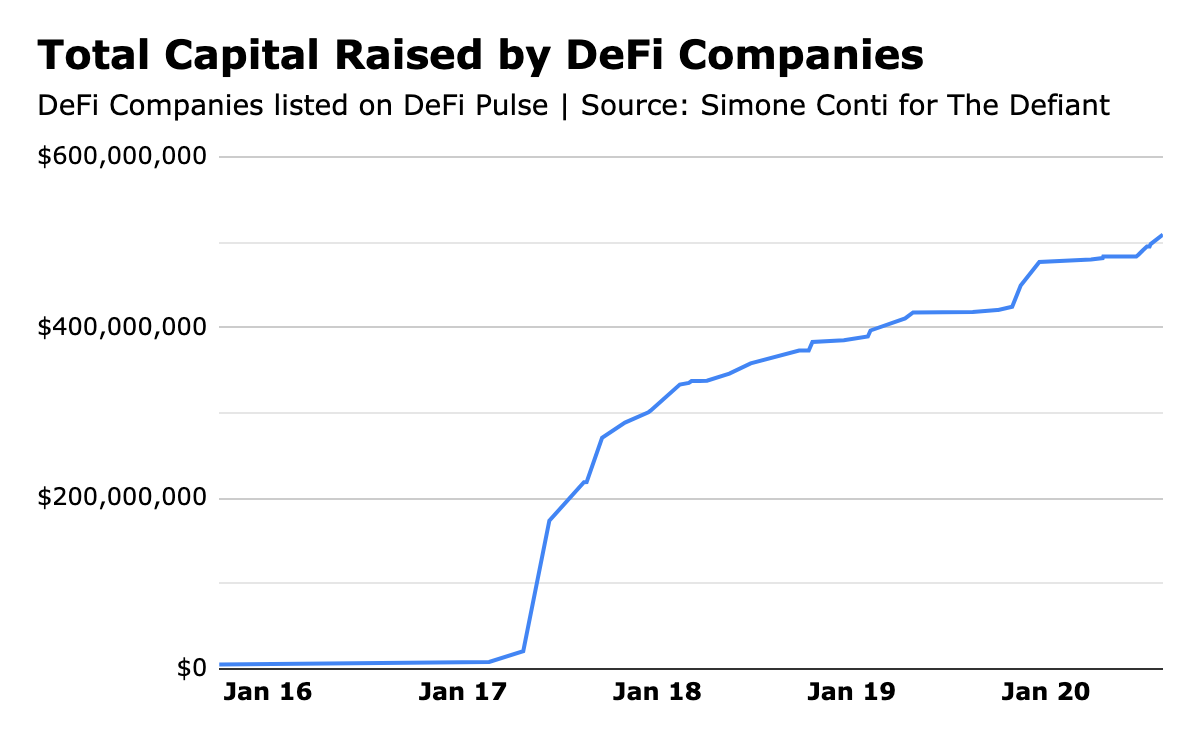 2017 was the crazy year of ICOs and indeed, money raised in token sales contributes to more than 50% of the total amount collected so far thanks to the massive participation by retail investors. Among the biggest ones were Bancor, Kyber and Loopring’s ICOs.

From 2018 on, however, VCs have had increasingly important participation, which means a rising number of deals have been reserved for institutional investors. Only four companies among those analyzed have carried out a token sale after 2017: Ren, Metronome, PieDAO, and bZx and in most of the cases, the adopted model is different from the traditional ICO, with low cap sales reserved to a limited number of investors.

Apart from these isolated cases, all the other funding rounds from 2018 to date have been carried out with private sales of equity and/or tokens to VC funds. So as the total amount raised per year has decreased from the boom days of 2017, VC-led funding has increased. 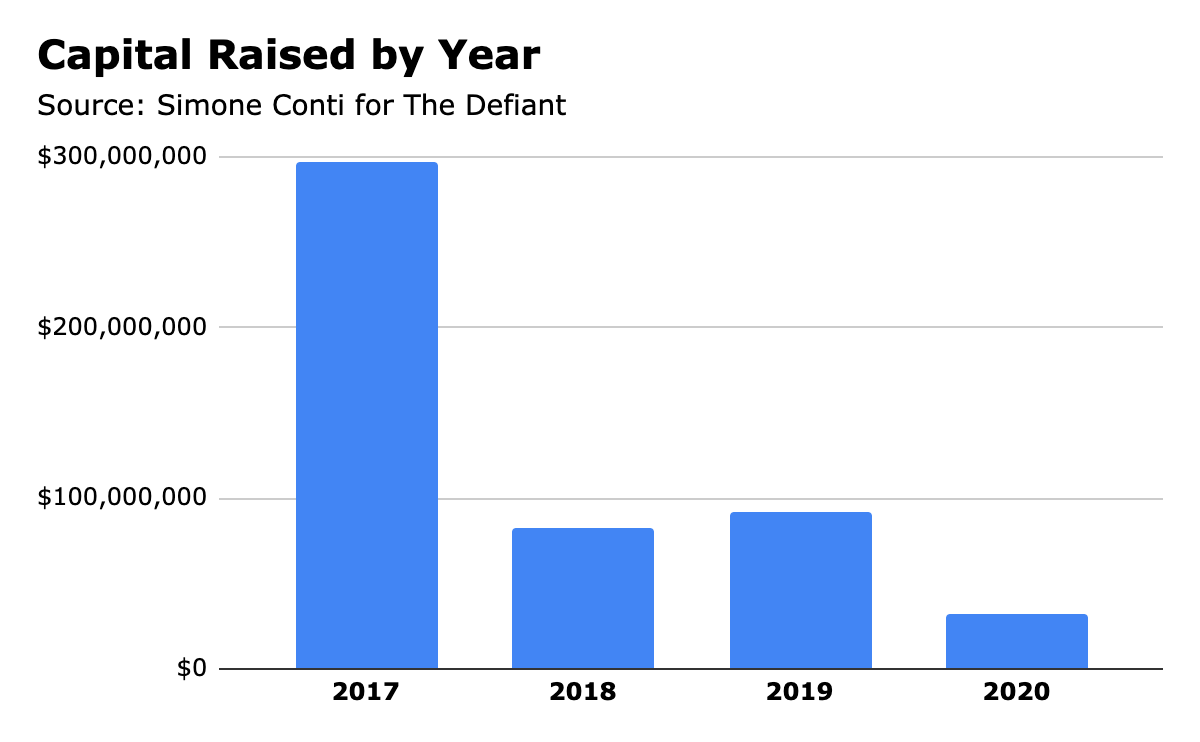 From an overall view of the funding of DeFi companies, those that have raised the most capital are:

Maker and Compound are the two companies to have collected the most funds only from VCs and today are among the lending DeFi platforms with the highest TVL. 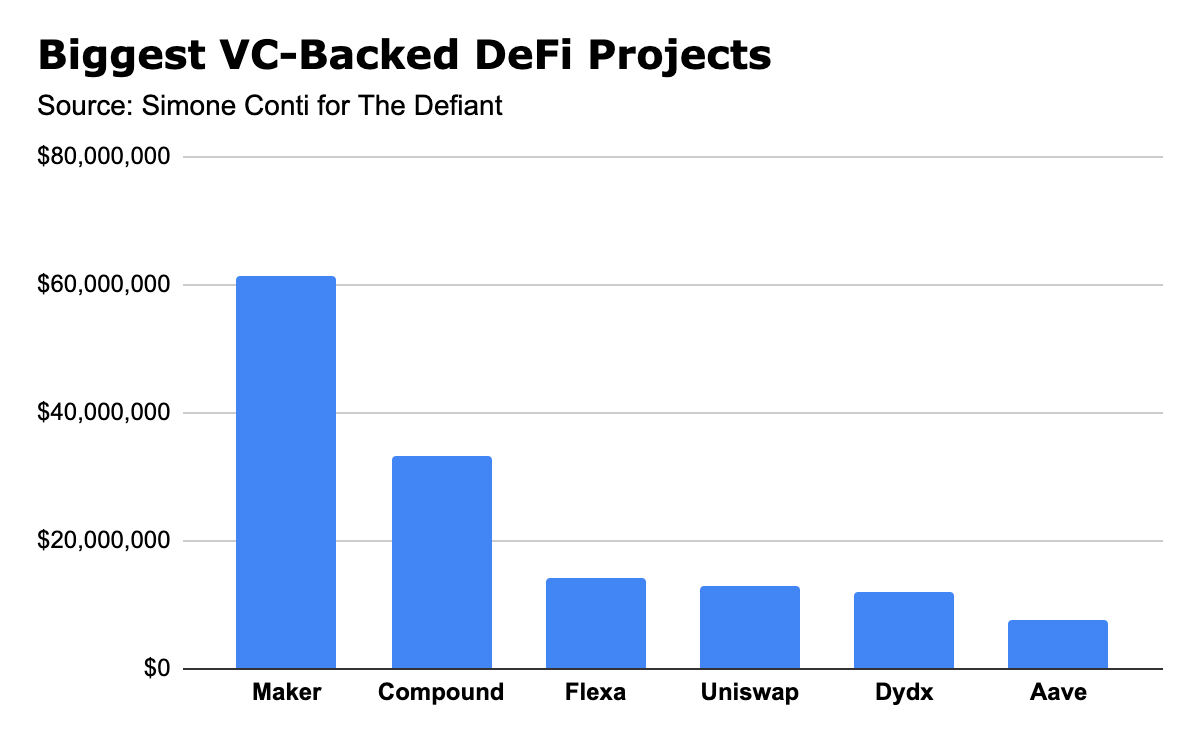 Lending protocols are the backbone of the entire sector and the VCs themselves have confirmed considering it by far the most important sector to invest in the last two years. 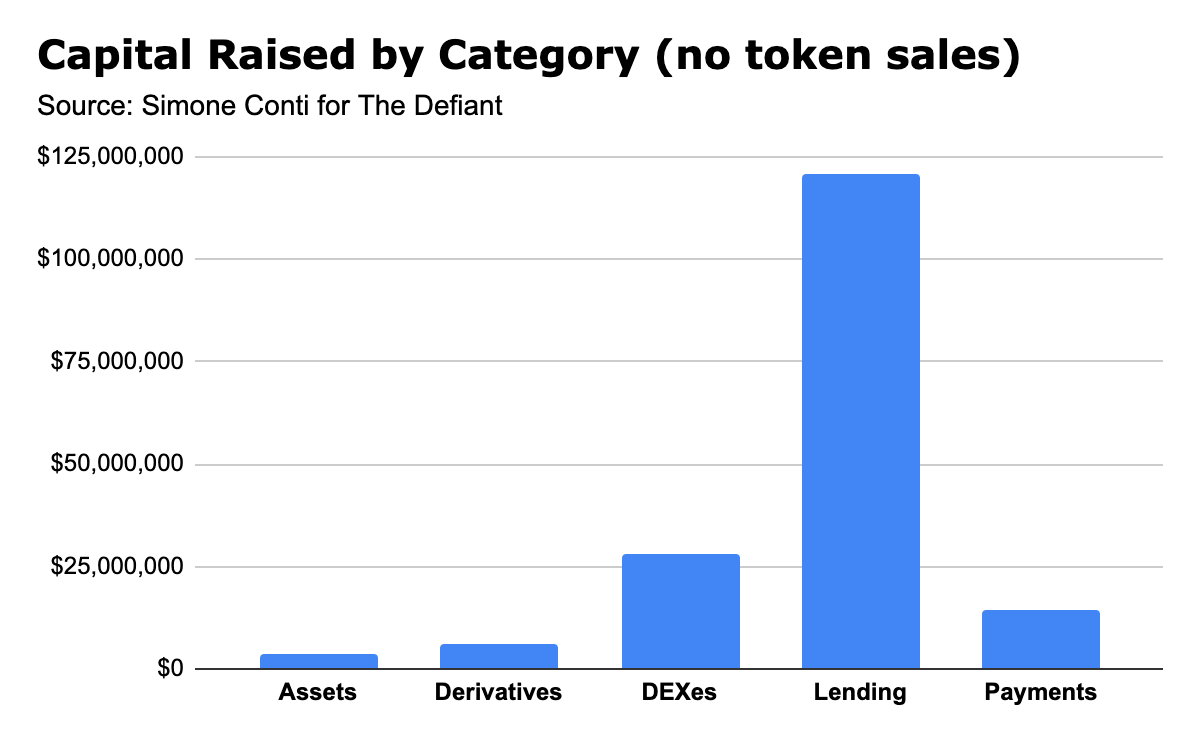 Based on the investments analyzed, the most active VC funds by number of deals in the DeFi space are Polychain Capital, A16z, Paradigm Capital, 1Confirmation, Bain Capital Ventures, Coinbase Ventures, and KR1. They often act as lead investors in the seed rounds opening the way to many other funds working in the space. 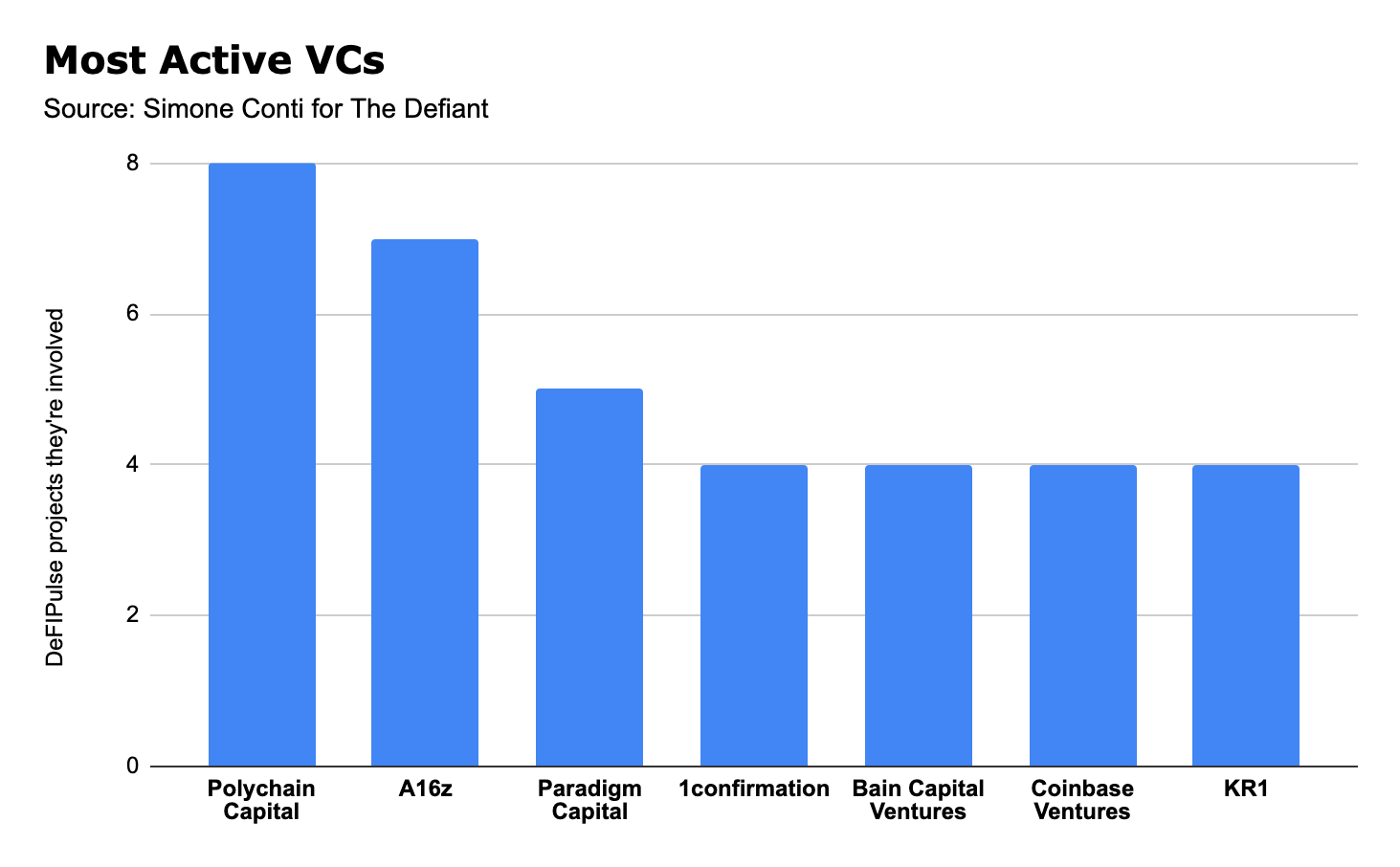 It should be noted that this analysis is based on the companies featured on DeFi Pulse at this time and that VCs have been investing in many DeFi companies not yet listed on DeFi Pulse and therefore not considered. Furthermore, in most cases, data relating to seed rounds or private token sales are private by definition and therefore some data may be inaccurate or incomplete.