TikTok crypto-pump schemes nowhere to be found on China's Douyin

China’s crypto community was shocked that DOGE was boosted by TikTok memes, while TRON's attempt to replicate its success falls short.

In China, the local version of TikTok, Douyin, is tightly controlled (Source: ByteDance)

Viral campaigns to boost the value of altcoins might be all the rage on TikTok, but such campaigns are met with skepticism and curiosity on the Chinese web rather than enthusiasm.

Douyin, China's version of TikTok, is completely devoid of such memes: a scan of relevant hashtags on the platform turns up nothing.

On Weibo, one user named “blockchain-William” was shocked that such a simple promotion actually added meaningful value to the price of DOGE, boosting it by 20% over the last five days.

“Take a look, the ‘laowai’s promotion of dogecoin is so straightforward and simple,” he wrote. “If everyone does it and everyone loves to do it, then maybe the bull market of cryptocurrency will come.” 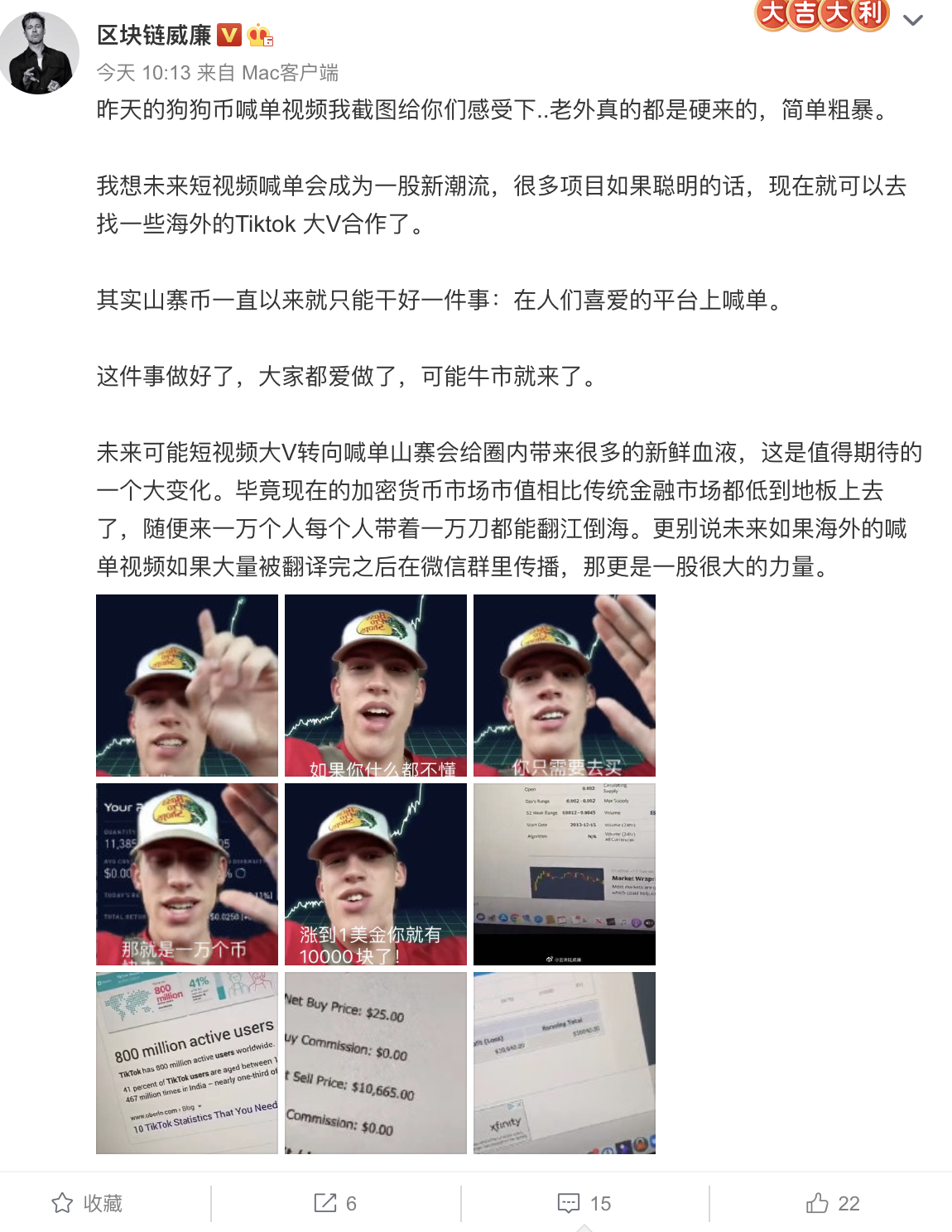 In his post, “Blockchain-William” said that if popular influencers on the Chinese web copied “James Galante’s”, the author of the original DOGE-pump post, plan of shilling for various altcoins a bull market would inevitably come.

Netizens that commented on this post were also shocked that a simple viral video could add value to a currency that was essentially built as a joke according to its founder. Some commented that pumping up altcoins would build cynicism in the whole system, as the natural market pricing of altcoins is based on their perceived value.

Part of the reason why such a campaign would have trouble taking off in China is because crypto trading is illegal in the country. To the extent that it exists, it happens behind closed doors in private WeChat groups, or via cryptocurrency exchanges domiciled offshore.

Compared to its Western-facing counterpart TikTok, Douyin is tightly controlled, with strong red lines regarding content that's deemed sensitive. Coverage of the Hong Kong protests was stricken from the platform, and discussion about the status of Taiwan and Tibet is forbidden. Reportedly, non-Chinese nationals are not allowed to broadcast on the platform “without permission”.

After the stratospheric rise of DOGE, TRON’s Justin Sun announced on Twitter that he wants his own moonshot.

Although Sun’s announcement got its share of coverage (including in the Chinese press), a quick scan of the #TRON or #TRX hashtags on TikTok shows that most of the content is about the eponymous Disney movie, or the TRX workout routine.

The crypto community, for its part, seems unimpressed with Sun’s antics. "Maybe you should create a dog mascot while you're at it," said one self-described crypto trader and analyst with others calling it “desperate”.