In a big event last week, the island of Hainan opened its doors to foreign investment and crypto exchanges. But is its offshore “digital-asset exchange lab” a safe harbor, or a curious experiment? 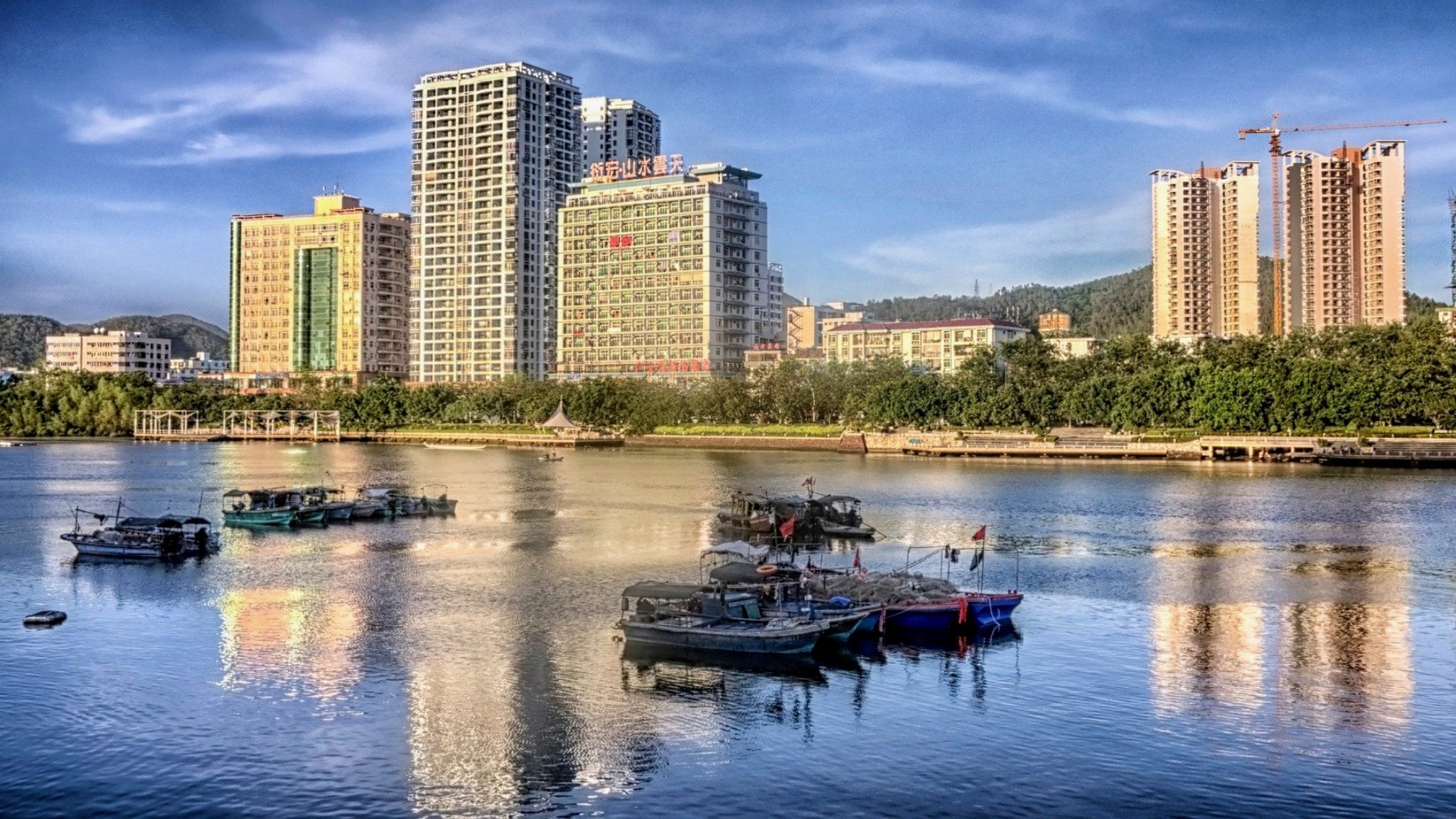 Once upon a time, the founder and CEO of OKCoin and OKEx, Star Xu (whose Chinese name literally means “celebrity,”) appeared to be in hot water. It started in 2018, when Shanghai police reportedly began investigating him for fraud after retail investors complained about a token project listed on the OKEx exchange.

Though the case was later transferred to Beijing where Xu was exonerated, the news caused more retail investors to file complaints against him; the situation worsened to the point where some retail investors even physically blocking him from going to his office. It didn’t help that his exchange, OKEx, also came under fire for allegedly inflating its  trading volume by more than 90%. Still OXEx was one of the earliest and biggest crypto exchanges in China.

As China moves ahead in the global blockchain race, last week, Xu found his name among some of China's most influential government officials and blockchain scholars. The venue was Hainan, an island famous for its beaches, tourists, inflated housing prices—and growing efforts to become known as a global capital for tech innovation.

In recent years, Hainan created a free trade zone where foreign investors are allowed to take majority positions in key industries, such as telecom. Foreign ownership of that sort of thing—or really, most things—is forbidden in other parts of China

On December 1, the Hainan government co-hosted a ceremony with none other than the OK Group, and unveiled in the city of Sanya the island’s first International Offshore Innovation and Entrepreneurship pilot area. Xu was the star of the day, unveiling his new “Ouke (欧科)” Group (a pronunciation that mimics OK Group) and announcing the Group’s move to the island, including establishing a new offshore digital asset exchange lab.

In an otherwise rudimentary talk, “Blockchain Technology: Future and Present,” Xu emphasized that blockchain isn’t about decentralization, but disintermediation. The point he was trying to make— that blockchain is a transparent database and cryptography could allow the  government to have control through a “super private key (超级私钥匙)”—seemed designed to appease the authorities.

Honestly, the speech was something of a side show though. By inviting Xu there, the government was actually killing two much bigger birds with one stone.

First, China wanted to attract attention to and investment in Hainan as an international offshore financial center. The word “offshore” is key: According to CCTV, China’s central TV station, “China urgently needs to build safer and more connected access to global capital.” In other words, as China is opening up its capital markets, the country needs a lab to experiment with policies and rules that are more friendly to foreign investors. Once that’s sorted, it could conceivably open the floodgates to global capital markets.

As an international port city, Hainan is positioned to be the perfect place for this kind of experiment. The island is big enough to have a vibrant economy, yet it’s also small enough that if any experiments get out of hand, the government can do damage control and cut it off— it’s less integrated with the mainland. What happens in Hainan can stay in Hainan, if the authorities will it.

Second, relegating cryptocurrency exchanges to offshore entities and not regulating them at all, the Chinese government would prefer to monitor them on its own soil.

While it’s unclear whether China will ever be open to an economy powered by token economics, there has always been a grudging admiration of the value of digital assets and trading. If digital asset trading is an area that China has to excel in, it could benefit hugely from well-known exchanges such as OXEx, who have cultivated years of experience running blockchain infrastructure, and accumulating blockchain talent.

Still, this experiment is not without risk. China’s mainland war on crypto exchanges will certainly  constrain business models in Hainan, probably more than the exchanges prefer. Most of these exchanges made a fortune from listing tokens and facilitating derivative trading. Now that the national market has shifted toward a blockchain and database-oriented model, they will have to adapt to please the central government.

From a controversial crypto tycoon to a celebrity crypto pioneer starring on CCTV, Star Xu and his companies see themselves as being legitimized overnight. Perhaps Hainan is hoping to do the same thing.

Top 3 other things that happened in China this week

Looking to the East for new market opportunities isn’t new, of course, but knowing that China’s blockchain will be different and still going East would seem to ignore the lessons of the past. Though both firms have hired local Chinese who are deep in the mining industry, and are well connected with the prominent exchanges, it’s not clear whether investing in China’s blockchain will yield positive fruits, rather than what is politely referred to here as an “unexpected outcome.”

#2: A country of 1.6 billion people faces a… blockchain talent shortage?

According to Forkast’s latest report, researchers concluded that despite China leading the blockchain race in the number of patents filed, among other things, the country will face a talent shortage that could be crippling to the industry.

This shouldn’t come as a surprise. In fact, if one looks closely at the blockchain talents in China, most of them are not known as technical talents but as entrepreneurs who innovate new, digital ledger tech-based business models. This is similar to how China excels at inventing a short-video-streaming application, such as Tik Tok, but has trouble leading high-tech innovation in something as massive as chips.

Another challenge: Blockchain technology was initially a grey area in China, which caused, many young, talented programmers to shy away from the industry. The government will need to re-energize the field and lure talented students.

A decent virtual private network is a must-have for any foreigner to survive in China. Most foriegn news sites and social media sites, ranging from Facebook to Google, are blocked by China’s great firewall.

Last week, one new member was inducted into the Club of the Banned: etherscan.io, one of the most widely used Ethereum block explorer.

This came as a surprise since the government rarely shows a negative attitude toward Ethereum. However, given how many people have been using the Ethereum blockchain to share sensitive content, such as the #metoo movement on Ethereum, the government decided to treat it like it does any other western media. Blocking was the only way to keep the Chinese Internet pure. Which is, ironically, good news for westerners innovating in the VPN business.

Crypto trading for Chinese young people is so last year. The latest trend among Millennials and Gen Z is trading sneakers, which has given rise to a common saying:

[ Da Bing is a weekly round-up of the most important crypto-related news that happened in China last week.]