Kevin O'Leary says most companies and funds aren't crowding into BTC due to sustainability concerns. His comments rebut a recent survey of fund managers. 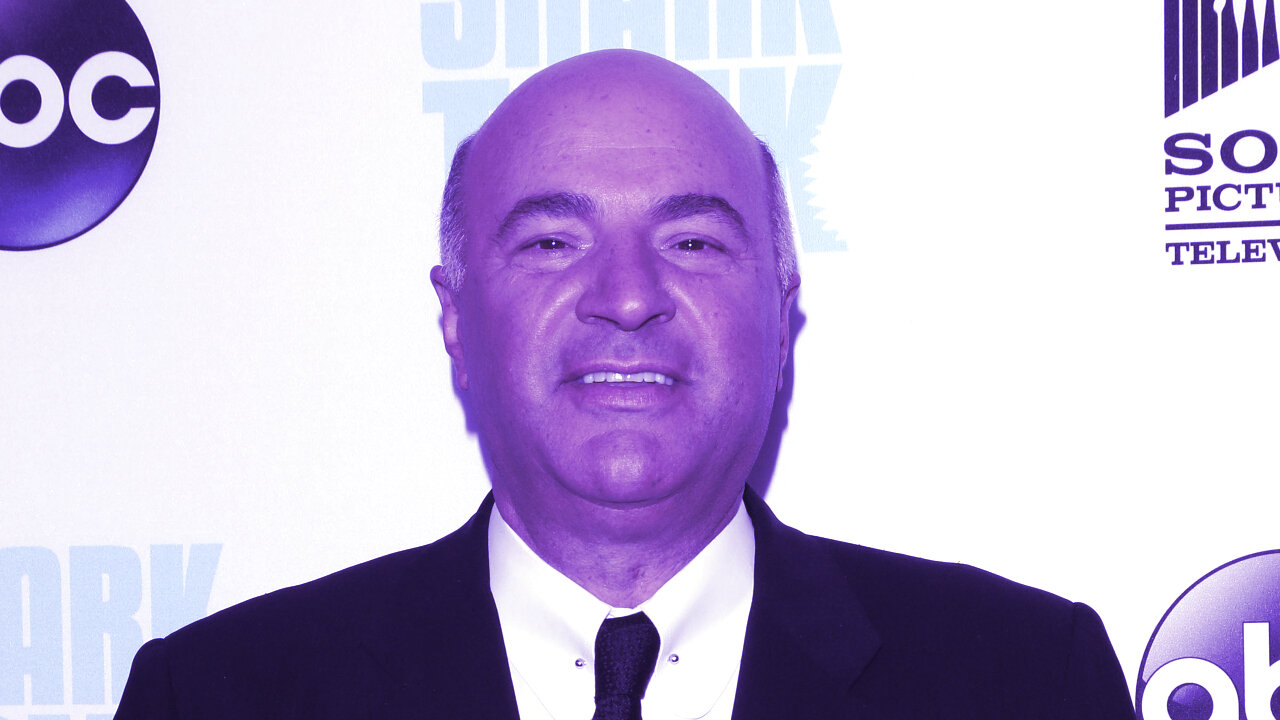 Canadian investor Kevin O'Leary, better known as "Mr. Wonderful" on the investment pitch series "Shark Tank," is personally investing in Bitcoin. But he doesn't think institutional investors like mutual funds and insurers are, despite what others say.

"You bring on guests all the time that say, 'Oh, institutions are getting into Bitcoin.' That's BS," he told Oliver Renick of the TD Ameritrade Network today. "They are not yet. There is no institution out there, any sovereign or pension plan, that's doing this yet because they're not over the ESG issues."

O'Leary was referring to environmental, social, and corporate governance--criteria related to the good a company does that some people think can indicate long-term financial sustainability. Bitcoin has come under fire as an asset class by some environmentally minded investors, who believe the network's energy consumption--the size of a small country--outweighs its benefits. Tesla recently stopped accepting Bitcoin for car purchases, just months after indicating it would begin, citing these very issues.

.@kevinolearytv explains his big crypto reversal and it's all about DeFi -- decentralized finance.

Everyone knows Mr. Wonderful likes income in perpetuity, says @OJRenick, but does that mean he believes in #bitcoin? 🤔

O'Leary suggested that firms' are looking for proof that the digital assets have been created ethically and with renewable energy, rather than carbon-emitting fuels.

Yet his comments stand in contrast to this month's Bank of America fund manager survey, in which 43% of respondents identified "long Bitcoin" as the most-crowded trade for the first time since January, relegating "long tech" to second. In other words, almost half of all those surveyed believe that BTC is the most popular investment.

But just because you suspect your neighbor has a better retirement account than you doesn't make it true. After all, there are limited mechanisms for institutions to get exposure to BTC. Trusts and exchange-traded funds (the latter of which are not approved in the US) hold less than five percent of all Bitcoin, according to data collected by Bitcoin Treasuries.

Even when adding in corporations such as Tesla, Square, and MicroStrategy, as well as blockchain projects such as Block.one and Tezos Foundation, the total sits at 8%. Moreover, shares in Grayscale Bitcoin Trust, meant to track the price of actual BTC, are trading at a 13% discount, suggesting bearish sentiment on BTC.

O'Leary, who went from Bitcoin skeptic to cryptocurrency proponent after changes to the regulatory environment, is hoping that investors will get aboard.

"If institutions get involved, then 'Katy bar the door,'" he said.