Chainlink’s platform enables smart contracts to respond to actual events—a key requirement for a secure and effective Web3. Here are its major partnerships 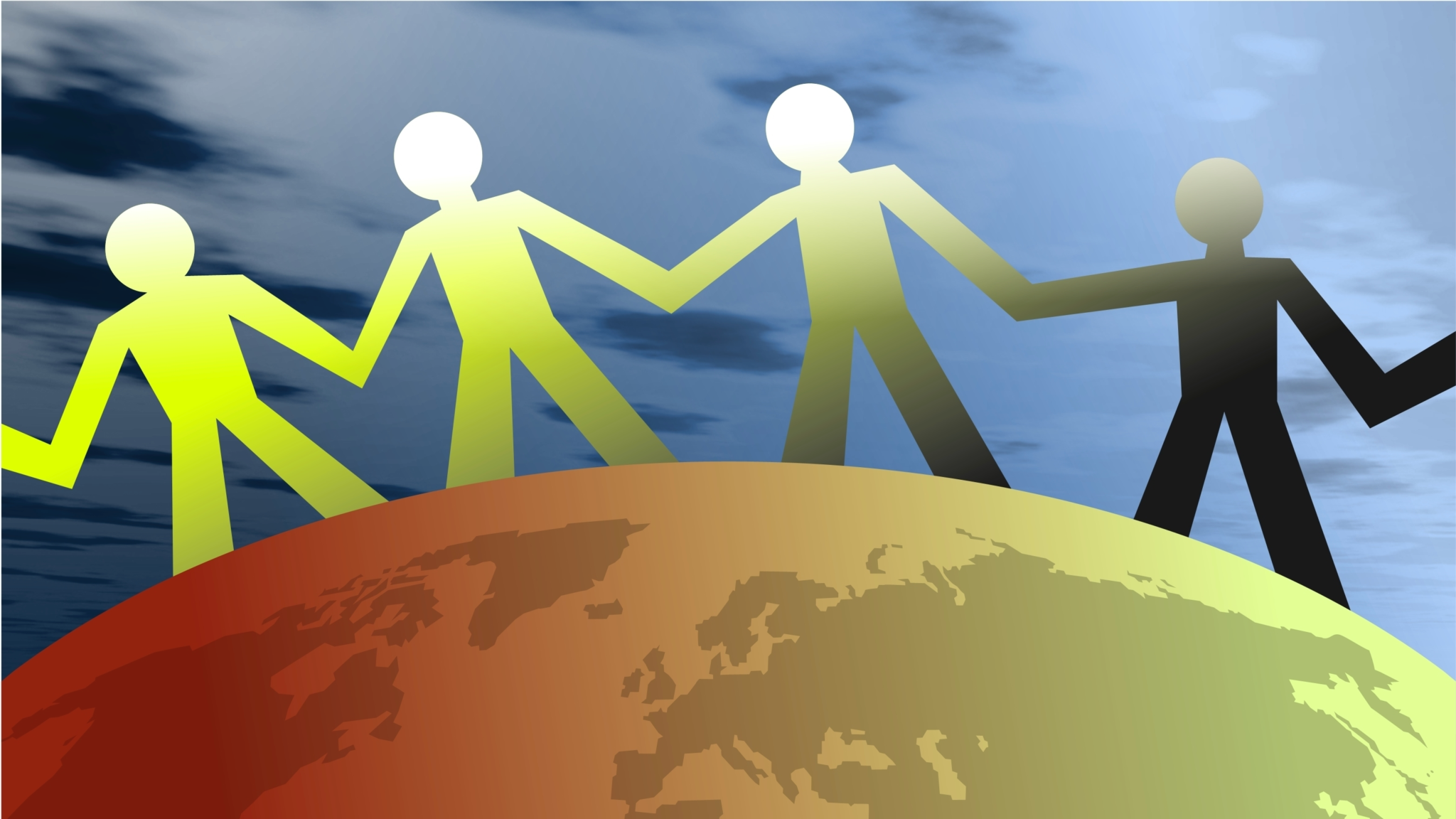 Cayman Islands-based Chainlink wants to stimulate innovation in the Web3 world. The startup, which raised some $32 million in its initial coin offering in 2017, believes the key to this is connecting a complex smart contract to the real world.

A secure and reliable channel to access and verify external events—such as market prices, IoT events, and shipping data—is needed for smart contracts to improve on today's insurance bonds, securities, e-signatures and cross border bank payments. Chainlink is building such a channel by drawing on networks of decentralized, independent oracle providers for ultra-secure and accurate data.

It’s also partnering with everything it can, from major companies, to decentralized startups. Chainlink believes that developing this ecosystem will scale up smart contract development and create conditions similar to what occurred when e-commerce took off on today’s web platforms.

Back in March, Chainlink CEO, Sergey Nazarov told us the project had more than 21 partnerships in the bag.  But we’ve since found out there are at least 30 companies using, testing or proving its oracle service.* Here’s our canonical list:

Accord Project is building smart legal contracts, hence its interest in Chainlink. Project members include many leading lawyers and enterprise blockchain developers, including IBM and HyperLedger, who want to create an open-source source implementation for oracle data.

Bodhi is a prediction market which launched on the Qtum mainnet in early 2018. It runs on a Proof of Agreement consensus mechanism, which is currently “purely manual.” In the next stage of its evolution, it plans to integrate Chainlink oracles to improve its efficiency.

Brave New Coin (BNC) is a data and research company focused on the blockchain and cryptographic assets industry and founded in 2014. Recently BNC has been developing a marketplace for third-party applications, news-feeds, research and market data products unlocked through the BNC utility token.

The first application on its platform is aimed at crypto investors and traders, and BNC is working with Chainlink as their data provider to create “individual smart contract oracles” to connect to repayment data.

BNC has also teamed up with Nasdaq on the Bitcoin, Ethereum and Ripple Liquid Indexes, which has resulted in speculation that ChainLink will be used to access price data.

Founded in 2017, U.S.-based BZx developed a protocol on the Ethereum blockchain that powers decentralized margin trading with ultra-fast settlement times for the 60+ tokens supported by on-chain liquidity protocol, KyberNetwork.

BZx sees the partnership with Chainlink as a key step in its vision of ushering in a new generation of decentralized exchanges and says that Chainlink opens a wider range of integrations, such as real-time pricing.

CEEK is a developer of virtual- and augmented-reality experiences, founded in 2015 by Mary Spio, a former head of satellite communications at Boeing. ChainLink is listed as the oracle solution for CEEK VR in its whitepaper. ChainLink’s website says it will be used by CEEK to enable on-chain subscriptions via smart contract.

Celer was founded by four PhDs from MIT, Princeton, UC Berkeley and University of Illinois Urbana-Champaign. Its platform enables fast, easy and secure off-chain transactions and smart contracts. Celer plans to use Chainlink when payment is conditionally dependent on some future condition in the real world being met.

Clintex is a blockchain-based, data-management software solution for the clinical trials in the pharma industry. It’s based in the UK and was founded in 2017.

It partnered with Chainlink to access data from external pharmaceutical source systems, such as clinical, electronic, case-report forms, to calculate payments that should be made to investigators and vendors.

It will incorporate Chainlink’s oracle services into its API services, which will make it the first service to deliver sports data to smart contracts on-chain, according to its CEO, Sowbhagya Shetty.

ETHA is a UK-registered, blockchain-based remittance platform enabling users to use their digital assets to send fiat globally to banks, small local facilities and for mobile top-up.

ETHA is working with Chainlink to enable off-chain data feed and API access.

Factom, Inc. is U.S-based blockchain innovations company, established in 2014. In 2017, it raised $8 million from investors including Draper Associates and Overstock.com’s Medici Ventures. It provides APIs and managed services to build blockchain applications, systems, and processes.

Factom says that it's collaborating with Chainlink to give Bitcoin and Ethereum smart contract developers easy access to Factom data.

Based in Singapore, Gamedex is a platform for blockchain-powered, collectible cards and games. It’s working with Chainlink to provide sports results to decentralized applications on the Ethereum network.

The data collected from Gamedex will be made available via a Chainlink oracle to other decentralized apps.

Headquartered in New York, Hydrogen builds tools for global financial applications. It plans to utilize Chainlink to enable smart contracts to act on messages sent from its API, allowing users to secure funds inside a smart contract.

In a blog post, Hydrogen highlights the importance of native communication, between smart contracts and external systems, as a key factor leading to mainstream usage.

Founded in Paris in 2014, Kaiko is a digital assets data provider covering the top cryptocurrency exchanges.

Kaiko collects, normalizes, and distributes cryptocurrency market data and is working with Chainlink to enable a “consistent and secure market data source for smart contracts.”

It’s CEO, Ambre Soubiran, said: “We chose to partner with Chainlink because of their proven record of execution in the blockchain ecosystem.”

A platform and marketplace of plug-and-play services and integrations, Kaleido develops software for enterprise blockchain projects. It launched its blockchain platform in November in collaboration with venture venture-production studio, ConsenSys (which also funds Decrypt) and Amazon Web Services.

Kaleido will collaborate with Chainlink to provide its clients with smart contract oracles.

Katallassos is a financial services provider. The team includes Reto Trinkler, a Forbes “30 under 30” alumni in the finance industry.

The project plans to enable financial contracts on its blockchain to access off-chain data feeds through Chainlink, and its blog post describes the latter as a potential “de facto standard in the blockchain industry.”

Gibraltar-registered Mobilum is an instant payment platform and point of sale system that integrates 200 cryptocurrencies and fiat with payment methods ,  including cards and wire transfers.

Morpheus.Network was founded in 2015, is registered in the Seychelles, and  is using blockchain and smart contracts to improve supply-chain inefficiencies and move toward decentralizing global trade .

With Chainlink, Morpheus.Network smart contracts will be able to communicate with service providers on both sides of a transaction.

By the team that developed Bodhi (above), Naka is a blockchain-agonistic platform which enables developers to create blockchain dapps based on utility tokens. It plans to incorporate Chainlink so that the two networks can communicate and to enable “full-fledged dapps."

Ocean Protocol, based in Singapore, is creating a way to share data while underlying proprietary information remains secure. In April, it launched the beta version of its data-sharing platform—the first to connect people, industries, startups, governments with data and AI experts, and allow them to build data services and marketplaces powered by blockchain technology.

Ocean Protocol is the latest startup to integrate Chainlink, which will enable its smart contracts to access off-chain information to trigger certain transactions, such as awarding on-chain contract tokens to people who supply datasets off-chain.

It’s working with Chainlink to bring decentralized oracles into financial products for reliable price feeds. The first implementation of Chainlink’s price feed oracles will be in Olympus’s futures products.

OpenLaw is a blockchain-based protocol for creating and executing legal agreements, owned by ConsenSys. It’s targeted at lawyers, enabling them to digitally sign and store legal agreements with security. Recently it partnered with Rocket Layer, an online, consumer-facing startup with tens of thousands  of customers.

Integration with Chainlink will allow crypto assets transferred on OpenLaw to be denominated in USD and the equivalent amount of Ether calculated at the moment of transfer. For example, if a party agrees to $10,000 per month contract via an OpenLaw agreement, the exchange rate can be converted via ChainLink’s oracle each month to pay in Ether at the latest exchange rates.

Under its previous name, Oraclize, Provable has been in use on blockchain mainnets as a “leading oracle service” for smart contracts and blockchain applications since 2015, processing more than a million requests to date, according to its website. However its degree of decentralization has been in question.

The company plans to interoperate with decentralized oracle systems, starting with Chainlink.

Based in Canada, STK is a cryptocurrency for instant payments at point of sale, via state channels for off-chain transactions. It plans to integrate Chainlink into its smart contract projects, to securely verify payments such as SWIFT banking transactions and to connect to off chain data feeds and external APIs.

Synthetix is a decentralized asset platform for on-chain exposure to cryptocurrencies, real-world currencies, commodities, stocks, and indices on the Ethereum blockchain.

The Australian startup is working with Chainlink to enable decentralized price feeds across its newly launched trading platform.

Town Crier is described as a “high-trust bridge” between the Ethereum blockchain and online data sources. It’s patent-pending system contains a program that runs inside an isolated piece of hardware called a “secure enclave.” Its function is to protect the program from malicious attacks and keep the computation confidential when it answers data queries from smart contracts; it does this after retrieving answers from external websites.

Singapore-based Wanchain enables interoperability between blockchains. It launched 1.0 of its platform in January 2018 and is now on its third iteration.

Wanchain has partnered with Chainlink to access data from financial markets, IoT devices and more. In a blog post, Wanchain praised Chainlink’s safety, reliability and ease of use, adding that it will be “an integral component of the new digital, blockchain-based economy.”

The Web 3 Foundation is a Swiss foundation promoting decentralized protocols for Web 3.0. Its primary project is the Polkadot interoperability protocol.

Chainlink will make off-chain data feeds, APIs, and traditional payment services available to all contracts on the Polkadot network. “We intend to drive the development of an oracle parachain together with the Chainlink team,” said W3F Executive Director Peter Czaban.

Around 95 percent of Ethereum smart contracts are built on ZeppelinOS libraries.

Based in Argentina, the startup makes tools for fast, easy and secure smart contract development on the Ethereum blockchain.

It partnered with Chainlink to enable its smart contracts to access data—like the current price of Ether and gas, transaction pool size, and average mining block times on the blockchain. “Outsourcing to a veteran oracle provider means that our team can focus on platform development rather than creating the oracle’s infrastructure,” Zeppelin said in a blog post.

Chainlink’s unconfirmed partnerships are sometimes referred to as “white label,” which means that its services are sometimes unacknowledged, but have been integrated by big, mainstream platforms and built into their protocol stack.

Chainlink’s relationship with banking technology provider SWIFT could fit this category. Chainlink won a Swift award—the Innotribe Startup Challenge, in 2016—and went on to develop a Proof of Concept, culminating in a presentation at SIBOS, a key financial industry conference.

The proof of concept pulled interest rates from five banks (Barclays, BNP Paribas, Fidelity, Societe Generale and Santander) and fed the data into a smart contract, which was used to make a payment that translated into a SWIFT payment message.

The relationship has remained unacknowledged, though Chainlink has implied that it’s ongoing, and lists SWIFT on its website.

Other possible “white label” partners include Salesforce and Microsoft Azure’s smart contract software developer kit, Cryptlets, which many argue is using Chainlink (one reddit user sets out the argument here.)

*Some of Chainlink’s partnerships refer to it as “SmartContract,” the company that develops the Chainlink network.