Today, the Ethereum blockchain undergoes a major upgrade. Will the patient come round from the anaesthetic? Here’s all you need to know in one handy guide, inspired by Yogi Berra. 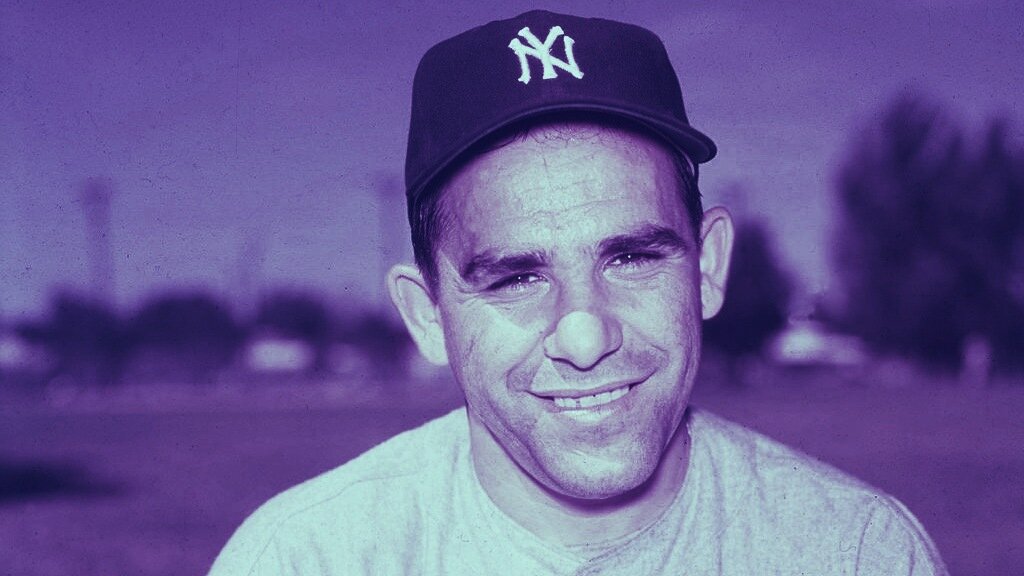 “When you come to a fork in the road take it,” Yogi Berra famously quipped. The baseball legend wasn’t talking about blockchains (in fact, he was giving directions to fellow player, Joe Garagiola), but this cheery adage, and other pithy but powerful “Yogi-isms” make a neat frame to help you get your head round the Ethereum blockchain’s impending upgrade, or “hard fork” in blockchain parlance. We also surveyed marketers, security professionals and investors to get their take was on the event that’s been dubbed the Constantinople hard fork.

"If the world were perfect, it wouldn't be”

Described by Investopedia as "a permanent divergence from the previous version of the blockchain,” a planned fork entails marshaling an army of nodes along the correct path to Ethereum’s promised land, and making sure no one is left behind. But Constantinople has long been on the cards and Ethereum’s “Cat Herders” have put up plenty of signage.

“Deja vu all over again”

Constantinople has been attempted not once but twice before.

That’s because forks are a tricky proposition, even if the execution meets Berra’s high standards. They can be contentious (this one's not) and highlight weaknesses—either within the organization involved or the code. The latter was the culprit when Constantinople was delayed for the second time, earlier this year.

It’s not yet certain exactly when Constantinople will happen.

We do know where it will happen: at block number 7,280,000 at approximately 8pm (UTC) on Thursday, February 28, 2019. The exact time will depend on block times between now and then.

Industry insiders believe that Constantinople, as well as future forks, will highlight the challenges facing Ethereum’s infrastructure, but will also shore up the value of the blockchain.

“The big news is Ethereum splitting away from a “Proof of Work” model, shared by its big brother bitcoin, and moving towards a promising and more scalable consensus protocol called “Proof of Stake,” says Scherrey. The two models are compared here.

“If you ask me a question I don't know, I'm not going to answer.”

The complexity of network upgrades is exacerbated (or exasperated as master-of-the-malapropism, Berra might say) by the decentralized nature of blockchain systems.

But for some of Ethereum’s developers, it’s actually no big deal, or so they say. “Constantinople is just another hard fork, core developer, Greg Colvin told us in an email. “[It] took too long, mostly out of caution.”

For developers, the technicalities (the upgrade consists of four Ethereum Improvement Proposals or EIPs) are vital. But as we’re channeling Berra, it's enough to know that they make it cheaper and easier to do certain things and open up exciting possibilities for better usability. But there’s one (EIP1234) that gets a Yogi-ism all to itself.

“If you don't know where you're going, you might not get there”

Ethereum does know where it’s going: to the hallowed Proof of Stake consensus mechanism. The trouble is it doesn’t know when it’s going to get there. To ensure progress, average block times are increasing due to something called “the difficulty bomb” slowly accelerating.

EIP 1234 ensures the blockchain doesn’t freeze before Proof of Stake is ready to implement. It delays the bomb for approximately 12 months and reduces the block rewards to adjust for the delay.

EIP 1234—the Constantinople Difficulty Bomb Delay and Block Reward Adjustment—was proposed by Afri Schoedon, the developer at the heart of a recent conflict of interest drama within Ethereum.

“It's so crowded nobody goes there anymore”

The wider blockchain community is excited about the impending upgrade but also cautious about how difficult it is to upgrade a functioning, public blockchain, with billions of dollars of value tied to it.

"A nickel ain't worth a dime anymore”

Investors and analysts, meanwhile, are monitoring the effect of the fork on the price of Ethereum’s cryptocurrency, ETH. “We should expect ETH to increase in price mid-term. It’s one step more to enable a bigger pool of dapps [decentralized applications] on Ethereum,” says Fabian Frank, tech lead at data firm, Slant.

Last time $ETH longs/shorts ratio was this high was before the November 60% crash. Constantinople comes Feb/25. Cryptos often raise in anticipation of a fork -long the narrative- reach a local top days before, and crash into the fork. Mind the current crypto pump was ETH driven. https://t.co/jc4hLoWifb

Some, like Berra, believe “You can observe a lot by watching:”

Wonder where the buy wall is... pic.twitter.com/NUusWMZZPJ

That’s Berra trying to unsay things. Ethereum, meanwhile, is trying to undo things. In January, before the fork was postponed, test networks were upgraded in advance to test the changes, so now contain an element of the original upgrade which was later found to contain a “vulnerability.” So, developers are introducing a second network upgrade, St. Petersburg, to reverse those changes, on the same block number as Constantinople.

“If we see a successful execution, it will demonstrate their ability to assess and mitigate the risks while advancing the technology,” said Elias Haase, co-founder at blockchain training start-up, B9lab.

Berra, in his prime, excelled at hitting pitches outside of the strike zone and scored a total of 358 home runs during his career. Ethereum merely needs to get to first base. The team is primed and the fieldwork is done, all it takes is a good, solid strike to see Ethereum move away from Proof of Work, the root of its scalability and efficiency issues, and onto the field of dreams.

Happy forking. But, don’t forget, Berra also said: “It ain't over till it's over.” Amen.