Bitcoin trading volume on the world’s top exchanges dropped by nearly 18% in October. Financial analysts have a few ideas as to why.

A report published by Crypto Compare today shows that cryptocurrency trading volumes fell by 17.6% last month, a surprise for those who thought that last week brought nothing but good news for the crypto market. 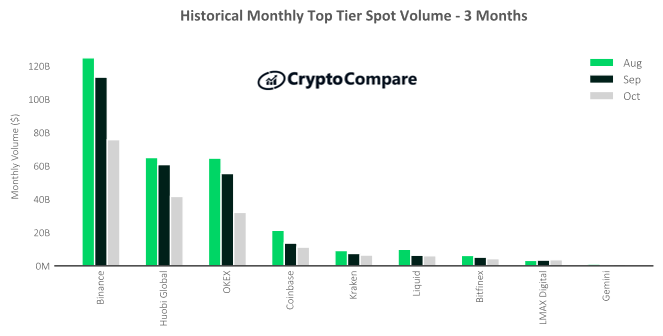 Pedro Febrero, an analyst at Quantum Economics, told Decrypt that there are two possible reasons for the decline.

“First, it seems an increasing number of coins are being HODLed,” he said. Febrero pointed to the raised number of active Bitcoin addresses, which show how “there has been lots of activity,” and the average transaction value increased last month, too. “Both metrics show that users are in fact using BTC, but they are not sending it to exchanges,” he said.

Constantine Tsavliris, CryptoCompare’s spokesperson, told Decrypt a similar story. “The higher volatility in September and Bitcoin's decline from $12,000 to $10,000 generated significant trading volume. In October, there has been an almost uninterrupted rally and this lack of price reversal and volatility has led to a decline in month-on-month volumes,” he said.

Febrero’s second reason: traders are locking in Bitcoin on decentralized exchange Uniswap, likely to make the most of liquidity fees offered by the protocol or to trade on the exchange (using synthetic representations of Bitcoin compatible with the Ethereum-based exchange).

According to metrics site DeFi Pulse, the total amount of Bitcoin locked in Uniswap increased  during the past 30 days increased from 24,000 Bitcoin to 30,000 Bitcoin. 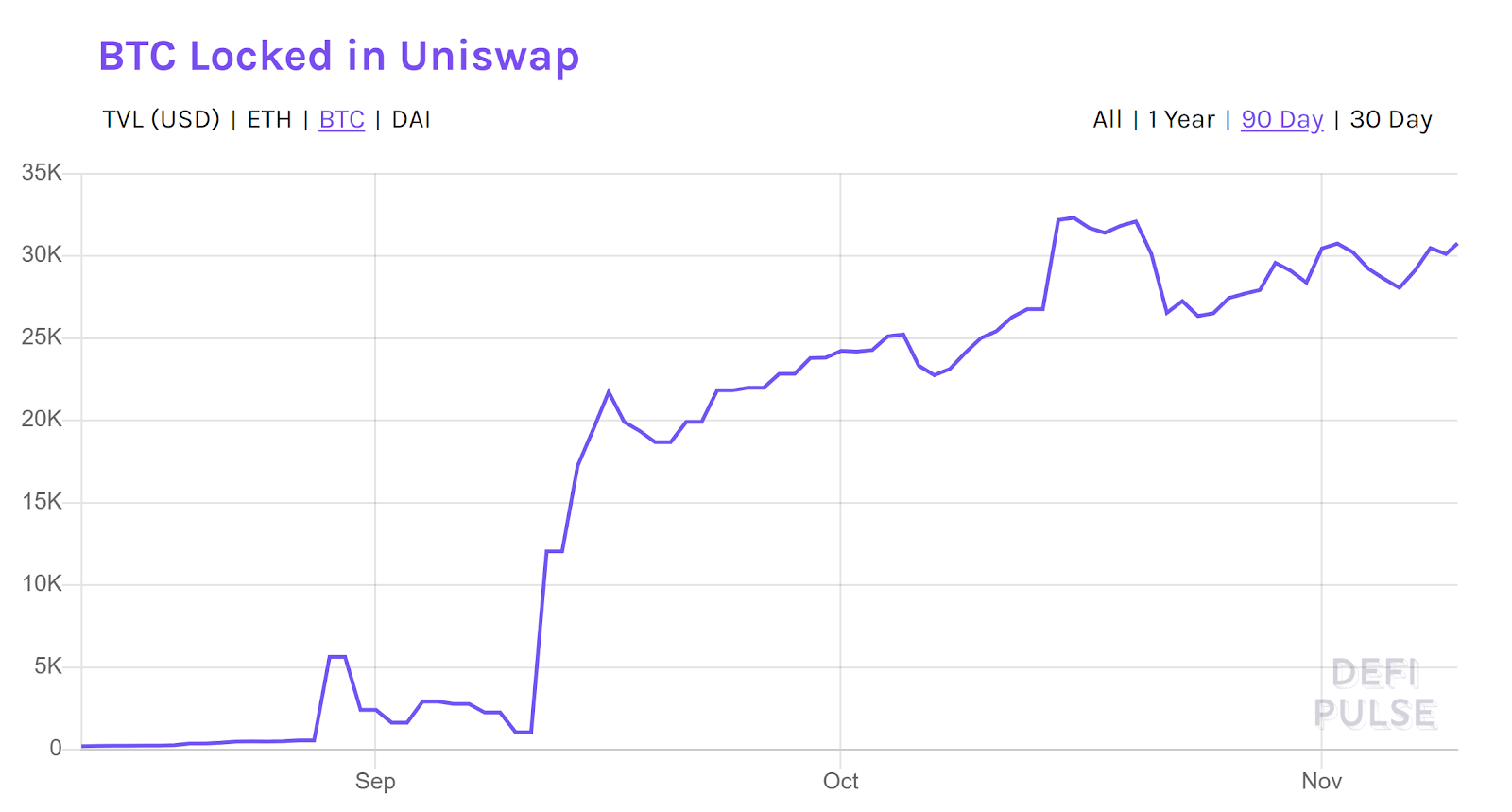 Indeed, over the summer, Uniswap’s daily trading volume once surpassed that of Coinbase Pro. Volumes have fallen by 18% over the past month, according to a dashboard on Dune Analytics, but volumes are still far higher than before this summer’s bull run started.