The DeFi Guy checks out Synthetix, a synthetic asset platform that lets you trade currencies, commodities, stocks, and indices. He has a lot of questions.

I started my career working in structured products, which are complex derivatives, often matched with cash investments (bonds). We liked to joke that we sold people math equations. The reality wasn’t far from that.

Why am I telling you this?

This week we’re looking at Synthetix, which describes itself as a “decentralized synthetic asset platform that provides on-chain exposure to real-world currencies, commodities, stocks, and indices.” That sounds like a math equation in itself.

Before moving on, let’s do a FAQ for people who, if they don’t know this already, really shouldn’t be using Synthetix:

Good so far? Yes? Let’s now try to break down exactly what Synthetix is, does—and doesn't do. 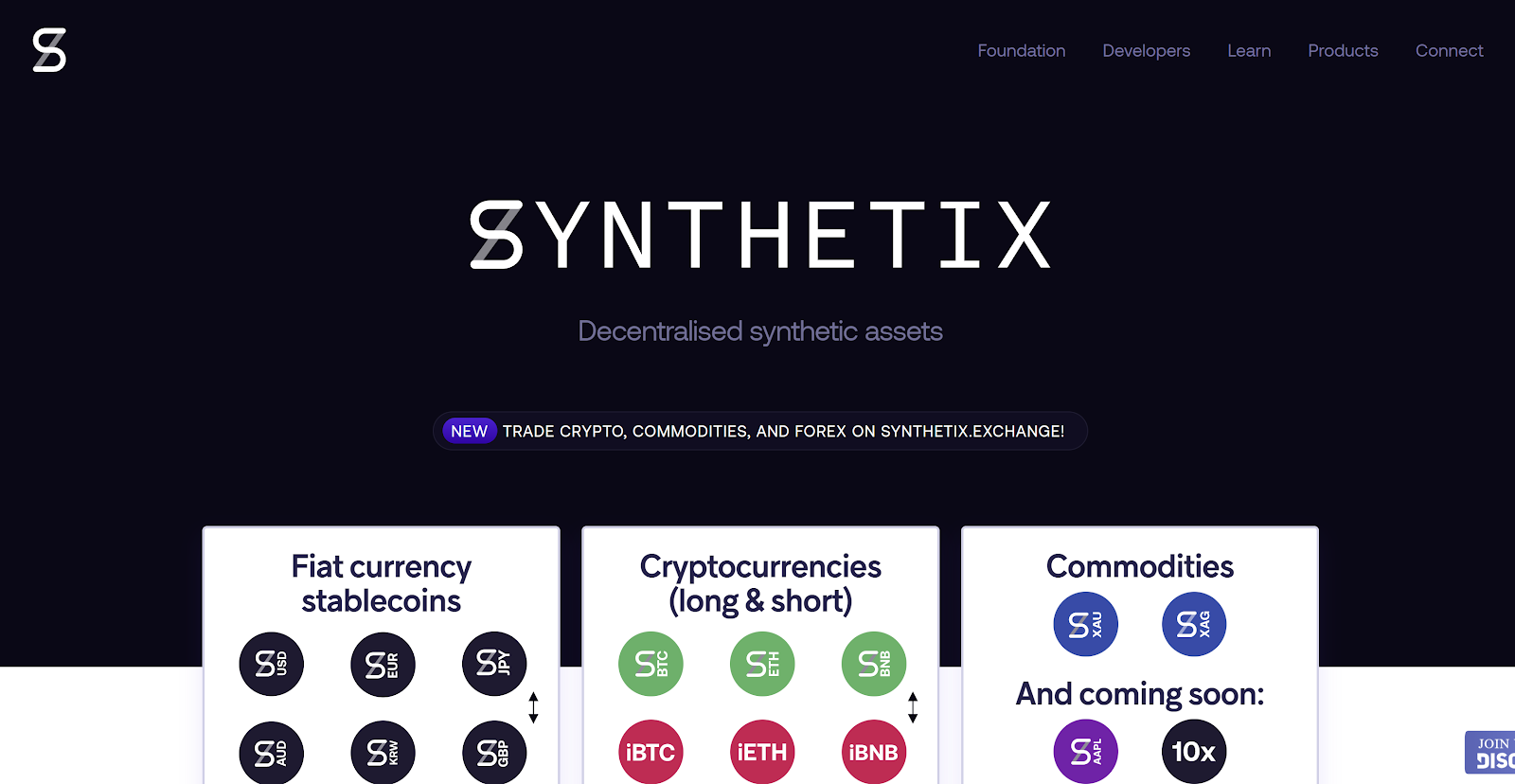 What Synthetix is trying to do

Today we have tokens, and they go up and down. That’s great, because we can chart lines on graphs and then speculate on the price of ETH, BTC or whatever else. We can also sell these things pretty easily across exchanges and DeFi platforms, such as Uniswap. But what if we want to speculate on other things, such as stocks? Or gold? Also while Uniswap works great for ETH and ERC-20 tokens, it’s difficult to trade TRON (shout out to my man Udi), or XRP?

Synthetix basically creates a mechanism to make ERC-20 tokens whose values are derived from other sources.

Now here’s a twist, not only do they have tokens which go up in value when the underlying asset (e.g., BTC, Gold, TRON) goes up (“long position”), but there are also some that create a short exposure. “Short,” of course, means that you make money when the underlying goes down in price.

So how does this newfangled thing work?

In the interest of time, I’m going to skip the creation of sUSD (synthetix USD) from SNX tokens, and just head over to my always trusty Uniswap to grab a synthetic $20. After that I go to the Synthetix Exchange, and am met with this monstrosity of a user interface.

Why does it show me the price of BTC/USD on Bitstamp? Why is the difference between “Pro Mode” and “Basic Mode” just whether it shows me the chart or not? How do I turn off dark mode?

I can’t answer these questions, but nonetheless, soldier on...

And find more questions I can’t answer. What is this potpourri of 30 tradable assets? It includes synthetic positions of some of the assets that we’re familiar with, such as BTC, ETH, BNB, MKR. And there are also a few indices, such as DEFI and CEX, which represent baskets or centralized exchange tokens, and DeFi tokens respectively. We also have a diversity of synthetically mirrored long positions (underlying goes up, synthetic goes up)—19 tokens with “s” before the ticker, as well as 11 “inverse” or short positions (underlying goes down, inverse synthetic goes up), denoted by a leading “i” in the ticker.

Now I’m not familiar with either of these indices, but let’s try that DeFi index, which apparently tracks the price of a basket containing LINK, MKR, ZRX, SNX, REN, LRC, KNC, BNT and MLN. Wonder how that’s done, let’s look at the chart… oops. 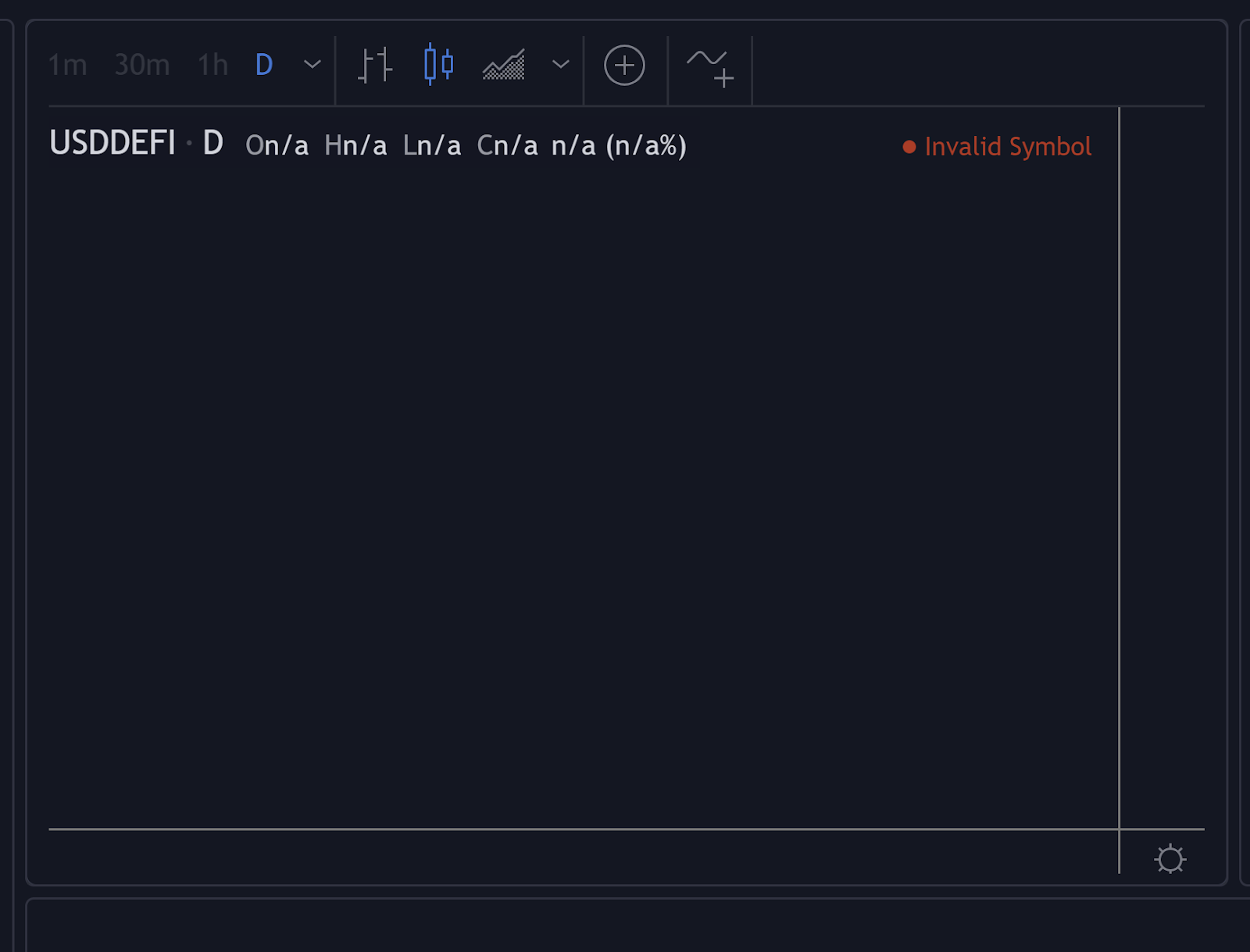 I guess it’s early days, and Synthetix is still developing the platform. I get that, but knowing what you are buying and selling is kind of—that is, really—important, and would have been a good place to spend some of that $30m in ICO money.

Anyway, as Decrypt won’t underwrite my bad trades, I move on.

Let’s try buying some synthetic ETH (“sETH”). Why not buy inverse ETH (“iETH”)? Good questions... I have an answer, stick with me, all will become clear.

I set up a trade for 20 sUSD worth of that, and agree to the gas fees, as well as a beefy 0.5% exchange rate fee that gets paid to SNX holders.

With that done, I managed to bring home ~0.11 sETH. Which apparently is currently worth about $20. So now when the price of ETH goes up, the value of my sETH goes up.

This all sounds awesome. Colin, why are you so negative?

So, while it’s kinda wonky, what is extremely important—and extremely lacking in Synthetix—is any notion of a borrowing or lending rate. This becomes problematic when it issues tokens that track a long position (underlying goes up, Synthetix token goes up), and short position (underlying goes down, synthetix token goes up). This is different from how markets operate, because everything is based on a fundamental tenet called “risk-neutral” pricing.

In short, this means that the price of a derivative should include future cash flows. Think of it like this, you have $100. If you put it in the bank, next year you’ll have $102. Someone approaches you and wants to borrow $100 for a year, ignoring everything else, should you be willing to just accept $100 back in a year? More? Or less? If you’re not an idiot, you should probably be charging them at least $102 in a year. The same thing applies for lending shitcoins, especially over long periods of time, and in assets that pay interest (like XTZ). Synthetix, yeah, as evidenced by their lack of acknowledgement in their “litepaper” didn’t even ponder this.

Let’s see why that matters, by heading over to dYdX, a DeFi margin trading exchange (you put in X and can trade, long or short, a multiple of X). Unlike Synthetix, dYdX does care about lending and borrowing rates. By trading on margin, when I go short ETH (bet on the price going down) I have sold ETH that I don’t own and have to pay someone for borrowing that. It’s not very much though. In return, I have DAI, which currently earns a decent interest rate. This leaves me with a negative interest rate (meaning I’m earning money).

Why would anyone care?

In a normal market, where someone is moving more than $20 on each side, this should put pressure on the Synthetix platform by allowing traders to open as many synthetic inverted positions as the could profitably trade, and then going to venues (like dYdX) to offset this. After enough money ploughs through that, eventually because sETH/iETH (which are mechanically linked to each other by design) cannot diverge, this could cause funny things to happen in the funding levels of places like dYdX. Either that or, a secondary market develops for sETH and iETH which trade out of line with the Synthetix Exchange. I’m obviously massively oversimplifying [Ed. Ha! Good one!] because you don’t need sETH to take the ETH long position (you could just buy ETH), but this demonstrates why interest rates are important.

But that’s not all, there is another thing that bugs me about Synthetix.

How the Synthetix token SNX works

We know about how the trading part works now, but where do sETH, iETH, sUSD, iDEFI and the rest come from?

You can think of Synthetix a bit like MakerDAO, where there is a volatile (price goes up and down) collateral (ETH or BAT), and then a derivative asset (DAI). But unlike MakerDAO, Synthetix doesn’t use an existing asset for collateral, they just created a token, SNX. And instead of forcing us to use a boring derivative asset linked to the USD, we can issue tokens following 19 assets or indices of assets, and another 11 that track inversely to those assets (those 30 bubbles we saw before).

While backing it with a made up token like SNX—rather than using something else more established— isn’t in itself completely bonkers, it is more difficult. But unfortunately because of that, rather than needing to have 150% of the value in ETH or BAT (like MakerDAO requires), you need 750% in SNX to open a position in Synthetix. That means that you need to have $750 in an otherwise useless token, to take out $100 on a bet on shorting LINK.

Why would a SNX holder put $750 on the line for a $100 bet? Well they get some of those sweet exchange 0.5% fees that we saw earlier. While this kinda makes sense in theory, it relies on people actively trading synthetic tokens, rather than just sitting on iETH for that 9.6% interest rate, like me.

Yes, I’m super negative about a few things that feel fundamentally off to me about this platform.

For instance, from a UI point of view, the platform just really isn’t ready. That could just be a personal taste, and I can get over that. But there are more important issues too, such as the source of price feeds—it’s anything but obvious—and they don’t publish the valuation of their indices. And most fundamentally, there are some glaring economic omissions that just seem like the designers of the platform slept through their finance 101 class.

To be fair, it’s still early and things could improve. Personally, I really do like the notion of derivatives in DeFi. I just hope that someone builds a more thought-out offering.