Here are some of the weirdest interactions normal police have had with the frankly bizarre world of cryptocurrency. And how much was stolen. 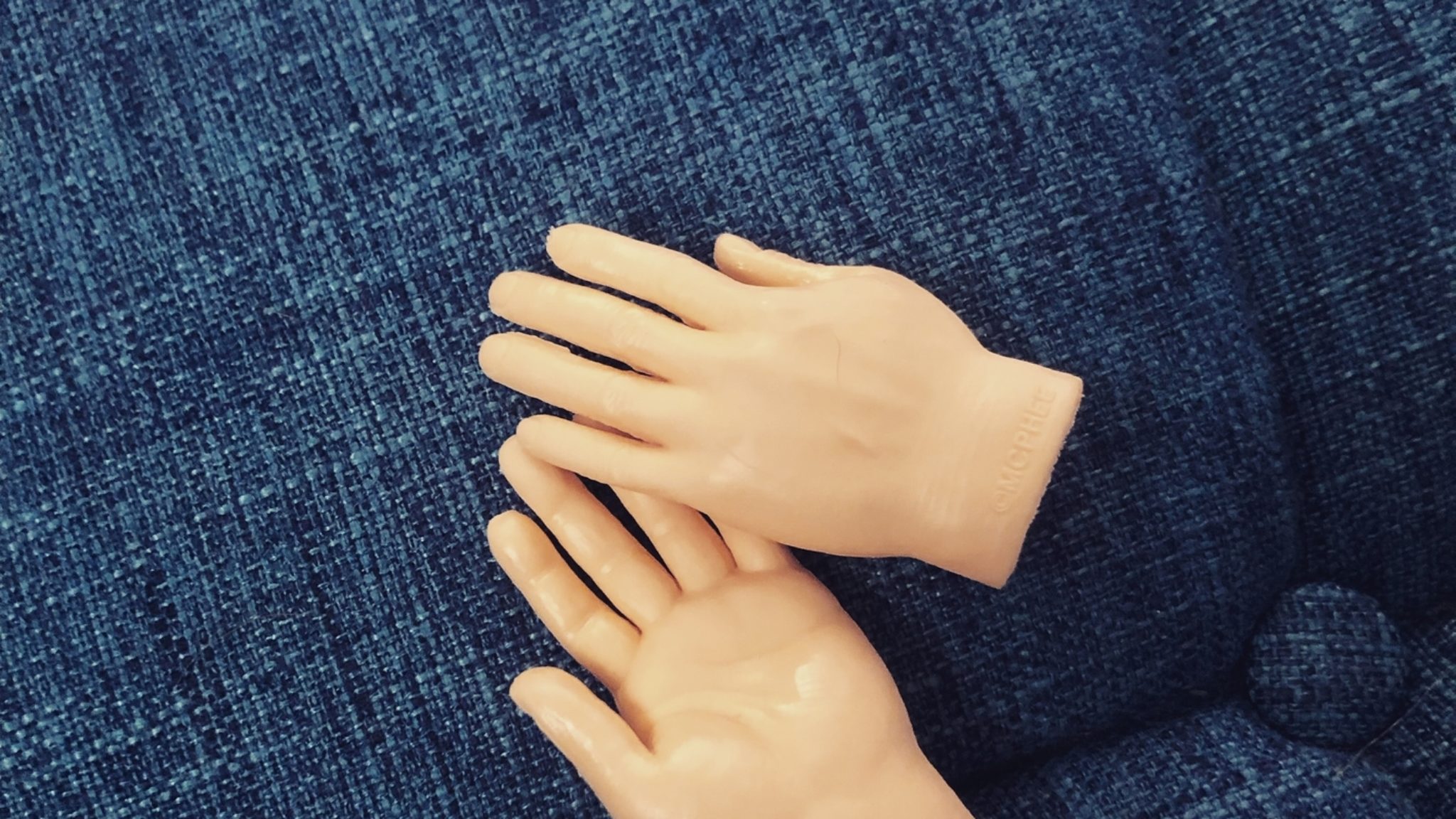 The emergence of digital assets has often been referred to as a “Wild West” by some skeptics—and they’re right. There’s plenty of evidence of wash trading, Ponzi schemes, fake giveaways and exchange hacks in the space. There have even been high profile, billion-dollar projects that convinced nearly everyone.

But if there’s one good thing to take from the overabundance of scams, it’s that it has caused a few people to think twice when they see an opportunity that’s too good to be true. As a result, bad actors have had to get a little more creative. Here’s some of the most peculiar events that have bemused police officers around the world.

Van Gogh would be proud

Some arrests begin with big investigations, but in other cases, authorities might have no idea what will fall out if they pull the next thread. What started as a routine drug bust in Western Australia, quite possibly turned out to be one of the biggest cryptocurrency seizures in the country’s history.

According to local reports, on December 4, the police uncovered 27.5g of MDMA tablets and 27.5g of MDMA powder hidden in a toy painting set during a screening of international mail.

The package was sent from the UK to a local property in Marangaroo, Perth. Unsurprisingly, very soon its addressees—a 25-year-old woman and a 27-year-old man—were greeted by a drug and firearm squad instead of a postman.

During the search of the property, police officers found and confiscated devices with access to digital wallets containing AUD $1,524,102 ($1,022,827) worth of cryptocurrency. A detective in charge of the team later stated that he believes this to be the biggest single crypto haul obtained by the Western Australia police. In a toy painting set, of all things.

As recent history shows, Russia can’t make up its mind about the legality of Bitcoin and other cryptocurrencies. What this country loves, however, is arresting and charging its citizens involved in digital assets.

In this light, it was probably a bad idea to mine cryptos using a supercomputer at one of the country’s most secure and classified objects—a nuclear research facility. Yet, that’s exactly what Russian scientist Andrey Rybkin and two of his colleagues decided to do.

After being caught in February, the unfortunate crypto enthusiasts were charged with “unauthorized use of computer capabilities” at the All-Russian Scientific Research Institute of Experimental Physics in Sarov, a “closed city” in Nizhny Novgorod Region.

Rybkin himself was sentenced to over 3 years in prison and was ordered to pay a fine of 200,000 rubles ($3,130). His colleague, Denis Baykov, has been fined 450,000 rubles ($7,000) for illegally mining Bitcoin. Another unnamed accomplice received four years of a suspended prison sentence. But, similar to Shawshank Redemption, will they have a secret stash of bitcoin waiting for them on the other side?

Back in December 2018, a 24-year-old Hong Kong cryptocurrency promoter and “Bitcoin millionaire” Wong Ching-kit decided to attract everyone’s attention to cryptocurrencies by arranging a “rain of cash” that consisted of hundreds of HK$100 notes falling from the top of a building in Sham Shui Po.

According to witnesses at the time, he arrived in his promotional Lamborghini and stated that “he feels as if he is god and he is responsible to teach the world about bitcoin.”

The crowd was eager to collect falling bills, with some even climbing up the nearest structures to grab a piece of “godliness” and causing chaos on the street.

As a result, Wong Ching-kit attracted more attention than he bargained for—and was arrested by local police before he had a chance to pull his next, already planned, stunt. Later, some local crypto enthusiasts claimed that the troublemaker is also not a bitcoin millionaire at all, but is actually running a pyramid-like scheme well-known in the community. All that glitters is not gold, perhaps.

Extort me once, shame on you...

In September this year, two individuals were arrested in the United States for their alleged role in a series of multi-million dollar cryptocurrency extortion, described by the FBI as none other than an “old-fashioned shakedown.”

Before the arrest, the “gang leader” had been hired in 2017 to consult for a Seattle-based company’s initial coin offering (a token sale on the blockchain) and brought onboard the second defendant as his “operations guy.” That’s when the first alleged extortion occurred.

Under the contract, the adviser was entitled to 22.5% of all funds raised and 22.5% of the issued tokens. However, just days before the ICO was launched, he allegedly demanded to raise his share from 13,000 ETH to 17,000 ETH, worth around $8.75 million at the time. The adviser was allegedly threatening to “destroy the company” otherwise. And the firm paid, though never received any additional services.

The culprits contacted the company again in March 2018 and demanded a loan of 10,000 ETH (roughly $4.45 million at the time) using the same threats. The firm obliged again—never to see the loan paid back. According to the Department of Justice documents, the “operations guy” was a former government agent, can bring firearms through airports and “had killed people.”

What makes this story especially bizarre are the names of both culprits: Steven Nerayoff and Michael Hlady (aka the “operations guy”). While not much was revealed about the latter, Nerayoff is well-known in some crypto circles as “ICO architect” and a former advisor to various major blockchain projects—including Ethereum.

In October, the U.S. prosecutors indicted Ho Jun Jia, a man from Singapore, for stealing several individuals’ identities and using them to illegally consume more than $5 million worth of Amazon Web Services’ computing power to mine cryptocurrencies.

He was charged with eight counts of wire fraud, four counts of access device fraud and two counts of aggravated identity theft.

In a bizarre twist, thanks to his advanced social engineering skills (or the lack of security measures on the victims’ side) the culprit even managed to steal the American Express credit card information of Marc Merrill—the co-founder of Los Angeles-based company Riot Games, best known for popular (and quite profitable) online game League of Legends.

Destined to be a crypto scammer

In November 2018, Jerry Ji Guo, a freelance journalist with a regular column at Newsweek and bylines in The New York Times and The Washington Post, was jailed for an alleged $3.5 million Bitcoin scam.

After two years as a journalist, Guo was caught scamming free merchandise and international travel. Then he joined the “Silicon Alley” tech startup YCombinator’s seed funding for a group-dating service dubbed Grouper.

Over the years, Guo has also been the owner and head chef of a burger bar in Beijing and founded a “growth hacking” marketing firm in Atlanta, according to his LinkedIn profile. Finally, he entered the field of cryptocurrency, launching a $2 million ICO for a content-sharing platform he claimed had deals in place with American Idol and The Voice. It wouldn’t be the first music on the blockchain either.

On November 9, 2018, FBI agents in Puerto Rico charged Guo with wire-fraud for allegedly stealing over $3.5 million worth of cryptocurrency from startups that hired him as a consultant.

Bringing art to the masses

While most of the crypto-related scams are quire banal undertakings such as email phishing attacks or Ponzi schemes, this 19-year-old from the U.K. decided to literally bring art to the masses but for a price. In September, British police arrested a teen from Ipswich as part of a US-led investigation.

The suspect was charged with stealing unreleased songs from various musicians’ websites and cloud-based accounts and selling them for cryptocurrencies. But perhaps he was just serving a small minority of bitcoin diehards—it’s not like Spotify lets you pay with bitcoin. Not yet at least.