How Bitcoin points to the future of decentralized protest 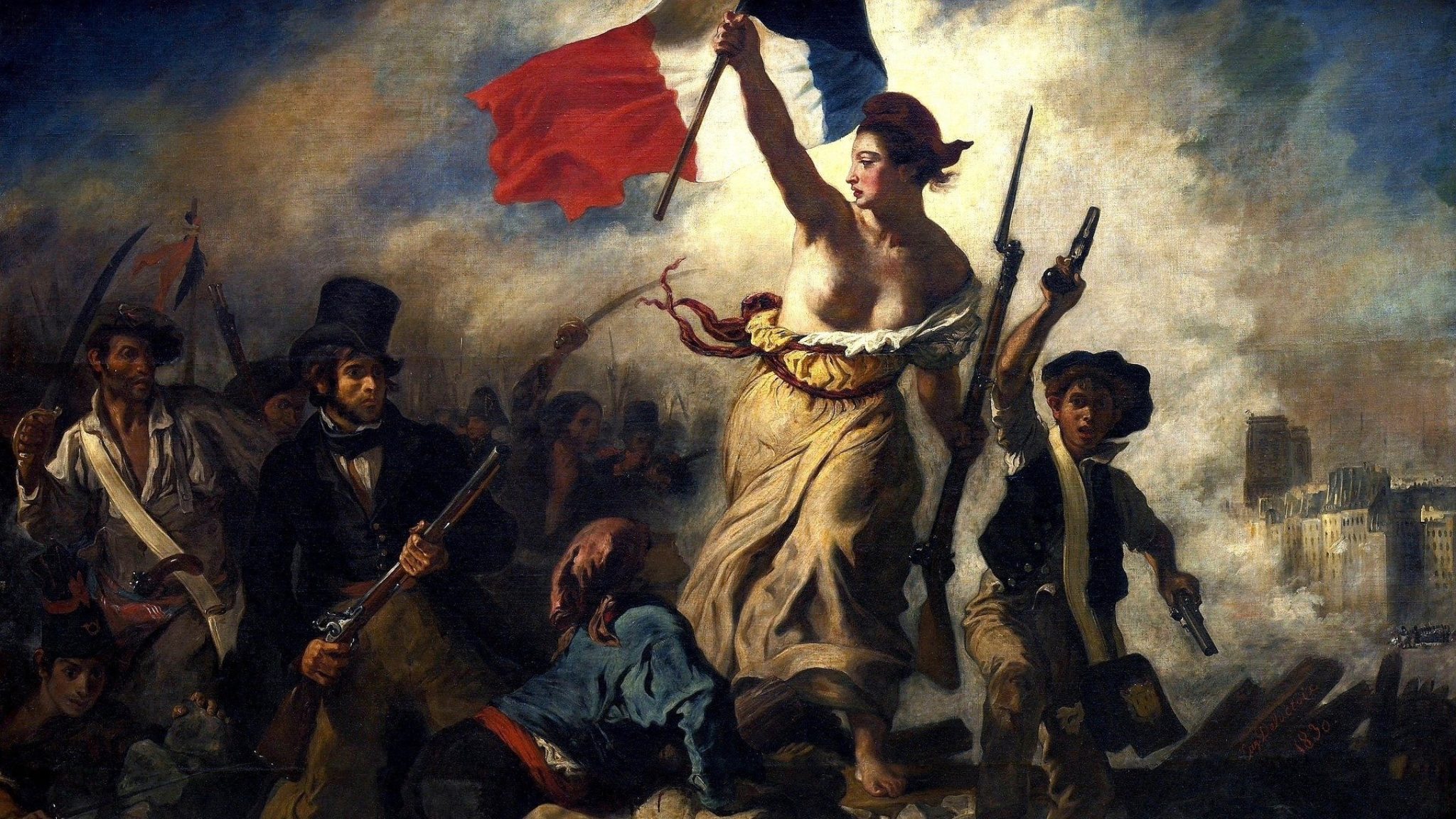 The tenets of modern day protest align with those of cryptocurrency—which, in turn, is influenced by the upheaval gripping the world. It’s just a sign of things to come, say proponents.

Protests throughout the world, in Hong Kong, Chile, France, the Middle East and elsewhere, are embracing the principles and products of cryptocurrency—in many cases without even knowing it.

Today’s movements are made up of hundreds and thousands of protestors, groups of disparate individuals aligned around values and causes. The decentralized networks they’ve adopted—reliant on technology rather than leaders—could ensure their longevity. It could also permanently alter the geopolitical landscape.

In the same way, blockchain, the technology that underpins Bitcoin and other cryptocurrencies, is reliant on decentralized networks.

But just how closely aligned are these leaderless movements with the similarly decentralized blockchain and cryptocurrencies? And what impact are they having on the adoption of decentralized principles—and, ultimately, on the price and perception of crypto?

No banking on blockchain

The Internet provides a backbone for 21st century rebellion, but is also its weakest link.

The Swiss Army Knife for modern day protesters is the smartphone; a communications tool that’s also a camera, GPS and more besides. The killer app is private, encrypted social media and messaging apps such as Telegram, with its secret chat function.

These tools enable protestors to evade surveillance; form anonymous groups; post video footage; agree how and where to rally, and request additional supplies.

But, earlier this month, Iranian authorities showed how they can be defused.

Mass demonstrations against petrol rises, the result of US sanctions, turned violent but were quickly diffused when Iran pulled the plug on Internet connectivity for over 90% of the country.

It’s not an easy thing to do. But regimes around the world, including those in Russia, have been busy retrofitting traditional private and decentralized networks with cooperation agreements, technical implants, or a combination of both, to give themselves more power over Internet access.

In both Russia and Iran, Telegram has been banned by authorities since last year. But Russian dissidents have managed to find ways around the ban, often using VPNs—Virtual Private Networks—which route an Internet connection through a different country. Telegram founder Pavel Durov has also proved adept at moving the company’s servers to stay one step ahead of authorities.

Decentralized applications, dapps, are also becoming increasingly popular. Messaging apps Bridgefy and FireChat both work by creating a mesh network of users’ mobile phones offline, via Bluetooth. Messages are relayed from phone to phone until they reach their destination.

But the technology is still nascent and not practical in confrontational situations, say protestors. And it’s especially difficult for Iranians to access foreign servers and infrastructure because many companies ban them for fear of US sanctions.

One of the main attractions (and criticisms) of Bitcoin is that it can be used indiscriminately by anyone from protestors to terrorists to sanctioned regimes. Everyone from the Iranian regime, which has mined bitcoin to dodge sanctions, to Ukrainian protestors, who held up signs with QR codes during 2014’s Maidan Square uprising in a bid to raise funds, has taken advantage of its censorship resistance.

Fundraising techniques are becoming increasingly sophisticated to evade detection; the armed wing of Palestinian group Hamas reportedly uses a fresh digital wallet for each transaction. But for donations, even cryptocurrency is fallible. Payment processor BitPay was accused of blocking crypto donations to the Hong Kong Free Press for several weeks last October.

Of course, being associated with funding for terrorist groups, and other violent organisations, doesn’t do the image of cryptocurrencies any favours.

Nevertheless, Bitcoin proponents such as Morgan Creek Digital co-founder Anthony Pompliano, believe that the “non-seizability” of Bitcoin becomes ever more attractive in moments of geopolitical crisis.

Data for OTC (Over-the-counter) crypto trades from LocalBitcoins suggests that, during the early months of the Hong Kong protests, peer-to-peer trading increased. A further spike appears to coincide with the protests’ escalation, at the end of last month.

Libertarians point to events in troubled countries such as Chile, which is seeing widespread protests over long-standing economic injustice. ATMs reportedly ran out of cash there earlier this month. They argue that when people experience such measures, they’re more likely to sell local currency for bitcoin to escape the uncertainty surrounding the legacy markets. “Essentially, it's a tool of freedom for people under tyranny and that's significant,” Bitcoin advocate Jimmy Song told Decrypt back in September.

Song has been working with the non-profit Human Rights Foundation to teach activists how Bitcoin might be useful to them. “It’s a significant part of what Bitcoin is supposed to be. It’s becoming a much bigger part of the human rights movement all around the world,” he said.

But while enthusiasts might be quick to suggest that Bitcoin is acting as a “safe haven” for funds, or a protest tool in Hong Kong, analysts warn that reliance on a single source is unwise.

“LocalBitcoins volumes are one indicator but they're hardly reflective of the full BTC market in any given region,” Mati Greenspan, founder of the Quantum Economics newsletter, told Decrypt.

He said that investment funds and analysts are tracking protest movements and political instability as bellwethers of crypto price, but emphasized that economic stability remains the most important factor.

“In countries where the local currency sees massive devaluation the propensity to hold bitcoin is much higher,” he said. Correlations between buying activity and inflation in Venezuela, or political events in Argentina are more likely, he believes.

But that’s assuming funds are accessible. In Lebanon, five weeks of anti-government protests were fuelled by anger at corruption, and bank accounts were frozen. Protestors there reported that digital assets are rarely useful as currency, since citizens were cut off from global exchange platforms.

The philosophy of decentralized protest

Leaderless rebellion is not new, despite recent headlines. In the 1980s, during the last phase of the anti-apartheid struggle, black Africans evaded martial law by organizing in a cell-like structure. A major factor in the movement’s eventual success was the effective coordination of economic boycotts against white businesses by these so-called cells.

Similarly, in the ongoing Hong Kong protests, members of the protest movement made an early decision to eschew centralized leadership. The fact that all the leaders of the unsuccessful 2014 Umbrella movement protest were convicted—and received sentences ranging from two to 16 months—is still fresh in citizens’ minds.

But decentralized protest is mushrooming even in areas of the world where penalties for rebellion are far less severe. The Occupy movement over wealth inequality, which started with Occupy Wall Street, went viral in 2011, after thousands of protestors pitched tents in the heart of New York City.

Most recently, Extinction Rebellion (XR), a global, non-violent protest movement sparked by the lack of government action over climate change, mobilized hundreds of thousands to take part in civil disobedience.

“Decentralized organization gives you a great deal of autonomy, which I think appeals to people who become involved in protests and activism because they tend to be protesting against authority figures and rigid hierarchical structures anyway,” Steve Tooze, a local organizer for XR, told Decrypt.

He believes that, like himself, many of those joining the movement have a minimal history of activism. “I think people are desperate—in our current climate of growing authoritarianism—to feel empowered, and able to have agency of their own, and I think XR gives that to them,” he said.

Tooze praised the fluid and transparent nature of the movement, which seeks to adhere to a detailed constitution, empowering anybody to act so long as they agree to its core principles, But he admitted that the process of reaching consensus on which actions to pursue could be time consuming and frustrating.

But the biggest challenge facing XR, he contends, is the authorities’ determined persecution of figures perceived to be XR leaders. Roger Hallam, one of the movement’s founders, is seen as something of a driving force behind it. Last week, he was accused of anti-Semitism for comments he made about the Holocaust, and disowned by the German faction of the group.

Earlier this year, XR members also disowned a controversial plan he was involved in, to fly drones and disrupt holiday flights at Heathrow, the UK’s busiest airport. The consensus was that it crossed the line of non-violent protest.

But other controversial actions have gone ahead. During one rush-hour protest at London’s Canning Town, protestors attempting to stop trains were dragged down from their roofs by angry commuters.

Tooze said that the Canning Town action was “massively controversial,” but that, like other major actions, it was subject to extensive debate beforehand. He emphasized that, in 99.9% of cases, there were no problems, but explained that “if a group of people decide they’re going to carry out an action, if there are three of you, and you adhere to the principles, you can act in the name of XR.”

XR’s decision-making structures, the connection between loose groups of rebels, and ways to make communications more effective, are all under review, said Tooze. The movement is currently processing an extensive survey among its membership, which will inform the future choices it makes.

“It’s very difficult for mass movements to prevent unwelcome or unhelpful actions or words by minorities among the members—words or actions which can then be used by enemies to judge or condemn the whole movement,” Carne Ross, author of The Leaderless Revolution: How Ordinary People Will Take Power and Change Politics in the 21st Century, told Decrypt.

The only recourse is to emphasize, to the press, that “the minority do not represent the majority, even if it’s inevitable that those who use violence or provocative words will get more attention,” he said.

He added that it was legitimate, in his opinion, to exclude and publicly condemn those who endanger the movement by negative actions or words. A former British diplomat turned anarchist, Ross contends that successful and long-standing examples of leaderless rebellion do exist, and can provide a template for the future.

As an example, he points to the forums that take the place of leadership in Rojava, a region in Northern Syria which revolted against the regime in 2012 and achieved de-facto autonomy as a result. He contends that, thanks to modern communications and social media, such movements can scale with unprecedented speed and range “to a massive extent—that’s what is so exciting about them.”

Technology, he said, means you don’t need a leader to disseminate strategy, which can spread horizontally.  And, while authorities can turn off the Internet, it’s not a viable long-term strategy.

“By their nature, communication systems like WhatsApp are decentralized,” said Ross. “That characteristic of decentralization gives the network its power—both as a tool to disseminate information and tactics widely, but also to protect users against the targeting of leaders.”

He also believes that, should a revolution develop into a new and more democratic way of doing things, “a new way of government,” then a role for cryptocurrencies should be anticipated.

But not everyone agrees. In his book The Square and the Tower: Networks and Power, from the Freemasons to Facebook, historian Niall Ferguson, warns that a Libertarian utopia—“of free, equal and interconnected netizens”—is a romantic ideal, not borne out by the past experience of history.

“Vast, new networks have been made possible but, like the networks of the past, they are hierarchical in structure, with small numbers of super-connected hubs towering over the mass of sparsely connected nodes,” writes Ferguson.

The powers that lend leaderless protest its force (such as decentralized networks on the Internet) can just as easily be co-opted by the less benign forces they seek to overthrow, he suggests.

So advocates of decentralization through blockchain should keep an eye on how decentralized protest—and the authorities' response to it—is evolving.