IOHK CEO Charles Hoskinson laid out a grand vision at the culmination of a big week for Cardano, which also saw the launch of the platform’s Shelley testnet. 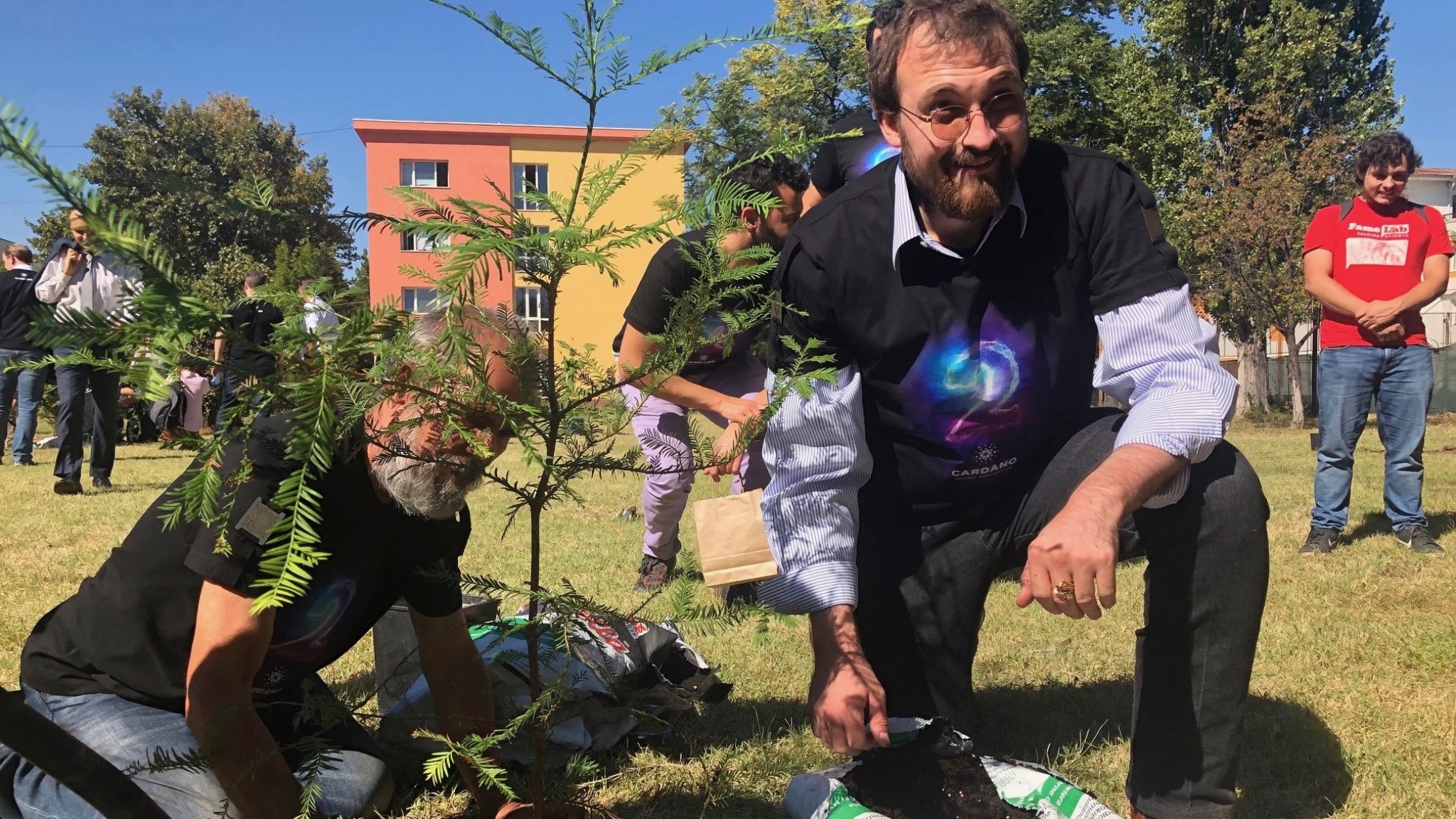 PLOVDIV, Bulgaria—Cardano, the world’s #12 largest blockchain platform, celebrated its second birthday today, with the announcement of a new partnership, with the New Balance sports brand, and an ambitious vision for the future. Earlier this week, the platform also launched its network test net.

During the anniversary celebrations—which took place in socialist-era surroundings of the Agricultural University in Bulgaria’s second most populous city, Plovdiv—IOHK CEO Charles Hoskinson announced that New Balance would now be using the Cardano blockchain to authenticate a premium line of training shoes for the company.

“It provides a lot of things to New Balance that they’re really struggling with,” Hoskinson told Decrypt. “Last year New Balance confiscated around 25 million pairs of fake shoes. Authentication is a very expensive proposition for a bunch of brands. What we can bring to the table is not only a very better way for them to accommodate this but also potentially create a marketplace.”

Last year, around $1.13 trillion was lost through counterfeiting, according to International Trademark Association figures.

Hoskinson envisages that Cardano will not only be used to help establish provenance;  it can also help to identify factories that are cheating and producing goods on the side; create an effective secondary market for luxury goods, by authenticating produce, and even produce royalties or fees that go back to the original manufacturer.

“Rolex, Louis Vuitton, Gucci—if you work with these companies, you can dramatically reduce counterfeiting risk, create better supply chains and better markets for their goods,” said Hoskingson. “And, frankly, it can give them the ability to sell their goods at even higher prices—because they can have the authentic blockchain version of the bag, and they can mark it up considerably,” he added.

A Cardano spokesman told Decrypt that further information about the project was strictly under wraps until the official announcement, by New Balance in October. But there was plenty more happening in Plovdiv.

A tree planting ceremony formed the highlight of the anniversary celebrations, attended by the Cardano team, the wider community, and the general public.

Earlier this week, Cardano made the first decentralized step in its evolution towards Hoskinson’s vision of the “universality of finance,” with the launch of the “Shelley” network testnet, a sandbox in which ideas are tested before they are implemented on the mainet.

Currently, all nodes on the Cardano main net are controlled by the three companies who work on the project—the Cardano Foundation and EMURGO, as well as IOHK.

But the introduction of Shelley is designed to make Cardano fully decentralized, and will eventually make the network 250 times more decentralized than Bitcoin, Hoskinson claims.

The testnet release now allows IOHK and the wider community to run nodes and test the network’s performance, before the next stage, when network incentives are tested.

In October or November, the launch of yet another testnet, the so-called “incentivised testnet,” will enable the community to stake and earn Cardano’s token, ADA. Even though it’s a testnet, the value of ADA staked by a holder will be pulled onto the mainnet, when Shelley is implemented there, David Esser, Cardano’s senior product manager told Decrypt.

These staking rewards won’t be transferable until they are on the mainnet but are near the high end of typical staking rewards, which range from 6-12 percent, he added.

And the testnets are leading up to a host of developments next year.

“We’re about to embrace a major series of changes,” Hoskinson told delegates. A treasury system for Cardano is being implemented, he said, to oil the gears of innovation. It will be accompanied by a formal improvement proposal process.

But he also warned the community not to expect super quick progress.

“It’s not completely in our hands, that’s the magic of decentralization, “ he said. “This is no longer just a technological project or a science project, it’s a social project as well. As a consequence, it’s only done when we have hundreds, if not thousands, of stake pools, operating together, competing together, for your stake.”

The vision is grand, the stakes are high and the seeds (as well as the trees) are now in the ground.