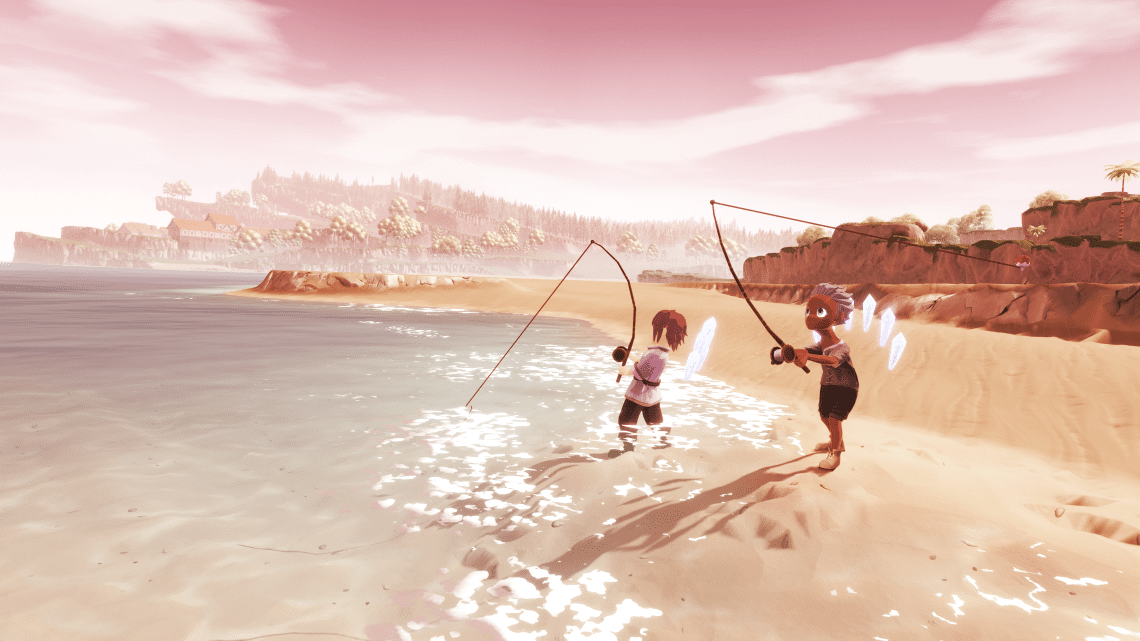 In 2020, New Zealand-based Phat Loot Studios set up shop with a mission to expand the nation's game development industry. In its inaugural game Untamed Isles, a fresh take on classic massively multiplayer roleplaying games (MMORPGs), players explore an expansive world that changes with every login, on a quest to encounter, tame, breed, train, and battle monsters known as Tames.

Like other MMORPGs, Untamed Isles features an in-game economy or trading system, where players swap items, collectibles, and Tames across a marketplace. Where it differs from previous efforts like World of Warcraft is that players own the items they collect. In-game items in Untamed Isles are represented by non-fungible tokens (NFTs)—cryptographically unique tokens that prove ownership of digital content. In turn, that means that the game’s items, collectibles, and Tames have real-world value and can be traded for fiat currency.

By gamers, for gamers

In that respect, Untamed Isles is part of an emerging wave of NFT-powered games. Where it differs from rivals, says marketing lead Charlie Coppinger, is that it’s been developed as a game first, rather than a play-to-earn platform with the gameplay mechanics as an afterthought.

“A lot of folks started to produce games with NFTs, but these were crypto developers creating video games. Our motto is 'game first, crypto second'; that is how we are trying to do it differently,” Coppinger told Decrypt.

The game’s crypto-powered elements are opt-in, Coppinger explained, and are non-essential and non-invasive during gameplay. Though that places Untamed Isles at odds with crypto gaming’s play-to-earn models, Untamed Isles reflects Phat Loot Studios’ ethos of creating games built by gamers, for gamers. That is largely down to the team’s love of classic games, Coppinger added, guided by the studio’s lead designer and founder, Joshua Grant.

Formerly the CEO and co-founder of game store software company, BinderPOS (which has now merged with game product platform ChannelFireball, creating CFB Group which Grant is also CEO of), Grant has channeled his passion for trading cards into the new studio, aiming to create games that encompass the same deep, rich worlds as the greats he grew up with.

Indeed, references to classic games pepper Coppinger’s description of Untamed Isles; its aesthetics are inspired by The Legend of Zelda: Breath of the Wild, while its creature-taming gameplay will be familiar to anyone who grew up playing Pokémon.

Untamed Isles has already cultivated a thriving community, with over 10,000 members on its Discord server attending highly subscribed Ask-Me-Anythings and streamed live book readings with author Aaron Hodges, co-developer of the game’s narrative. And that’s all before the game has even launched.

Unsurprisingly, Untamed Isles attracted the attention of backers. Its Kickstarter launched on August 27th, reached full funding by September 3rd and closed out at 420% funding on September 27th, raising just shy of NZ$1m in pledges. “A lot of people who are interested in putting money into the game have lots of cryptocurrency with very little liquid capital,” Coppinger noted.

On November 6th, Untamed Isles will launch its NFT project Guppy Gang to this crypto-rich audience. Billed as "the world's first next-gen gaming NFT," Guppy Gang is made up of 10,000 NFT generative art pieces, each depicting a unique Guppy—the original Untamed Isles Tame. Beyond owning a unique digital artwork (which can hang in their in-game housing), Guppy Holders will receive a morph token for future collaborations and crossovers and have priority access to future Phat Loot Studios NFT releases.

Buying into the Guppy Gang also provides holders with ongoing rewards. Each month, Untamed Isles will hold an in-game Guppy Paradise Fair, during which players can win exclusive cosmetic NFT items. Standard players can win tickets to the event via drops and through completing quests. However, Guppy Gang members will also be airdropped 100 free tickets ahead of each month’s event that they can use or trade on the Untamed Marketplace.

“We wanted to diverge away from the first wave of NFT art, where pieces were simply profile pictures or art projects. We wanted a product with more utility and to explore innovative ways of integrating NFTs into the game,” Coppinger explains. “This is a fully-fledged, well thought out, integrated mechanic that takes us from the first wave of NFTs that were desperately trying to find use cases to this—a very natural use case.”

Untamed Isles’ Guppy Gang NFTs appear to have clicked with fans; at the time of writing, its presale whitelist is fast approaching capacity ahead of the full launch, scheduled for 11am PT on November 6.

While CryptoKitties welcomed NFTs into the gaming sphere and the success of titles like Axie Infinity has woken the gaming industry up to the potential of non-fungible tokens, Untamed Isles signals the industry’s next evolution. By focusing squarely on gamers and gameplay, the game offers a roadmap for game developers looking to enter the crypto space—and bring gamers along for the ride.

Guppy Gang launches at 11am PT on November 6. Open early access for Untamed Isles is targeted for December 2021.