Afghanistan’s Pivot to Crypto: Will It Work?

Iran, Venezuela, and North Korea have tried cryptocurrency during economic uncertainty, with mixed results. Will Afghanistan be any different? 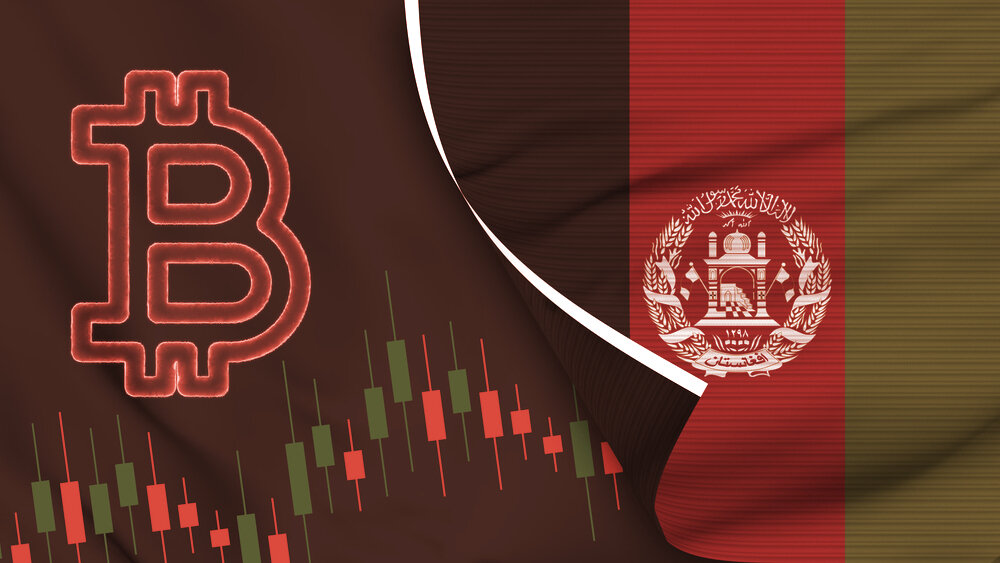 In times of turmoil, more nations are turning to crypto. Iran, Venezuela and North Korea have all used cryptocurrencies to avoid sanctions, access global markets, or, in the case of North Korea, even conduct cyberwarfare.

A year ago, Afghanistan didn’t even rank in Chainalysis’ data, suggesting its crypto boom is a recent phenomenon. Then in August, the Taliban took full control of the country—an event that triggered economic collapse, and has led some to suggest cryptocurrencies could become even more important.

Will crypto provide a lifeline? Not necessarily. Decrypt spoke to Afghanistan experts who suggested cryptocurrencies will do little for the country’s struggling population—but may benefit their Taliban rulers.

Afghanistan’s crypto moment? Not so fast

Among the ordinary Afghans seeing the potential of crypto is Farhan Hotak, who lives in the south of the country near the Pakistan border. The 22-year-old Hotak has gained media attention in recent weeks as an avid crypto trader living under Taliban rule.

“I have very, very, very limited resources to do anything. I’m interested in the crypto world, because I have earned a lot, and I see a lot of potential in myself that I can go further,” Hotak told CNBC this August.

Yet Hotak remains an exception. While Chainalysis’ data suggests crypto is becoming more popular in Afghanistan, experts doubt that cryptocurrencies will impact the lives of ordinary Afghans in any meaningful way.

“You’re not going to be able to just walk up to a vegetable market and pay for your vegetables with crypto,” Peter Mills, Afghanistan researcher for the Institute for the Study of War, told Decrypt, adding that Afghanistan remains—more so now than ever—a cash-driven economy.

In fact, Afghanistan relies on hard cash so extensively that some of its citizens are adopting other fiat currencies amid a severe lack of circulating afghanis—the local currency—due to international sanctions.

Mills's point is underscored by the story of a baker in Syria, in the northern town of Azaz, ditching the rapidly devaluing local currency for Turkish lira, following the example of his local council.

Given how Afghans have been quick to adopt other sorts of money, could they come to embrace crypto too? As it turns out, there are several reasons why ordinary people are unlikely to use it at the rate implied by Chainlaysis’ data. One relates to physical infrastructure—or what’s left of it.

In recent months, a rival group to the Taliban known as the Islamic State Khorasan has taken to blowing up electricity pylons.

“They have targeted electricity pylons and telecommunications infrastructure and other important economic infrastructure in order to create more economic instability and undermine the government,” Mills added.

Meanwhile, a culture of government corruption is another impediment to Afghan civilians benefiting from crypto. Such corruption was underscored by the Kabul Bank scandal of 2010, which saw politicians and high-ranking officials embezzle approximately $1 billion, paralyzing any meaningful attempt to develop Afghanistan’s economy and financial infrastructure. Few believe corruption will diminish under the new Taliban government.

The upshot is that there’s little chance Afghanistan’s leaders will follow the example of El Salvador—another impoverished country where, for better or worse, its leaders are pushing citizens to use Bitcoin.

“The issues are more real economy, political rule of law, security...you know, the payment technologies are sort of on the side in terms of importance,” Warren Coats, former member of the IMF program for Afghanistan, told Decrypt.

Coats added that it’s a “wonderful thing” when digital technology meets payments, and anything that makes Afghans less reliant on cash would be welcomed, but “that is almost certainly not going to happen with non-legal tender.”

Cryptocurrencies are unlikely to improve the life of everyday Afghans. But might they help the Taliban instead?

A crypto playbook for jihadists

As with the governments of other rogue states, Afghanistan’s new Taliban leaders may latch on to cryptocurrencies as a way to skirt international sanctions hobbling its economy.

According to Yaya Fanusie, former CIA analyst and senior fellow at the Center for a New American Century, jihadist groups have been incorporating crypto into their global payment networks for some time.

This strategy could be particularly appealing to the Taliban, given how even its traditional allies like Pakistan and China have yet to afford any legitimacy to their government.

“Even Pakistan is reluctant to be the first ones to move and recognize the Taliban,” Mills added.

One Twitter user with a following of more than 20,000 that goes by the pseudonym Bibi Janey, even published a tweet suggesting that the Taliban should “hold an emergency meeting with money exchangers to train them on exchanging Bitcoin.”

According to Siegfried Wolf, director of research at the South Asia Democratic Forum, a Taliban controlled Afghanistan could even “expand from being a mere physical hub for international terrorist groups,” and evolve into a more crypto-specific “online nodal point for crypto/fiat currency transactions outside appropriate oversight.”

This is not too difficult to imagine, given that the Taliban would only need a steady flow of electricity in small pockets of Afghanistan to run Bitcoin operations. This would fit a pattern of other terrorist organizations that have relied on cryptocurrencies, including Hamas and the Islamic State.

The risk of the Taliban turning to crypto financing appears more likely still given that its traditional source of funds—the opium trade—may soon be on its way out, despite the group having previously pocketed up to $3 billion a year from it.

The fallout of the Taliban’s crypto bet

Rogue states like Iran, Venezuela, and North Korea have all pivoted to crypto before.

In Venezuela and Iran, cryptocurrency is used to avoid sanctions and, in Venezuela, to distract from hyperinflation as well. In North Korea, the Kim regime’s crypto-theft and hacking escapades have long been relied on to prop up a chronically failing economy.

While the circumstances of rogue states vary wildly, their actions always raise the ire of the United States, and Afghanistan's crypto pivot will be no different.

Just this week, a report released by the Biden administration warned that digital assets like cryptocurrencies undermine the United States’ sanctions regime, a regime that has long served as a cornerstone of American foreign policy.

“These technologies offer malign actors opportunities to hold and transfer funds outside the collar-based financial system. They also empower our adversaries seeking to build new financial and payment systems intended to diminish the dollar’s role,” the report published by the U.S. Treasury Department said.

The Treasury’s report has also called for the U.S. sanctions regime to become more proficient in tracking and seizing digital assets. The report also echoed the administration’s repeated warnings against cryptocurrencies more broadly, which has led to speculation about an executive order aimed at cracking down on crypto.

In other words, if the Taliban wants to follow in the crypto footsteps of previous rogue regimes, they may discover it's more trouble than it's worth.