How EX Sports NFTs Are Changing The Game for Niche Athletes

Athletes like freestyle footballer Séan Garnier are using EX Sports’ NFTs to connect with their fans and make niche sports profitable for players. 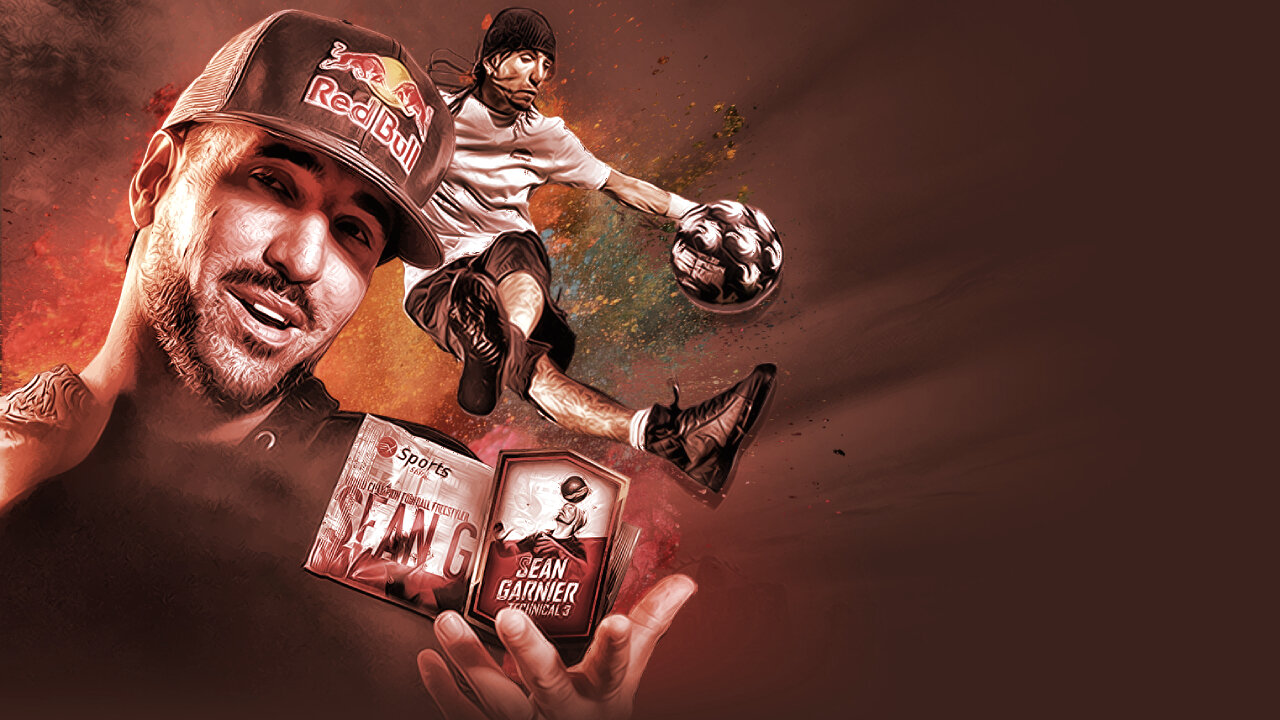 Freestyle footballer Séan Garnier could teach the Premier League a thing or two. Indeed, some of the world’s most famous soccer players have joined Garnier’s millions of social media followers in begging him to teach them his mind-blowing tricks.

Now, Garnier’s using the emerging technology of non-fungible tokens (NFTs) to take his skills directly to his fanbase—and revolutionize the way that professional athletes are funded.

After injuries forced Garnier to quit the club game, his talent for trickery led him first to futsal and then freestyle football, a more niche form of the game that rewards showboating and style rather than goals.

Garnier’s signature style—a unique mix of breakdancing and skills he picked up playing football on the streets—has won him multiple titles and trophies. He was the first person to be crowned Red Bull Street Style Champion in 2008—but compared to Pogba, Neymar or any of the other top-flight players that have featured in his videos, the 37-year-old remains a self-confessed “underdog athlete.”

But while the likes of Premiership players, NFL pros and NBA athletes are making bank in the new world of NFTs and digital collectibles, those who take part in more niche sports have hitherto been left out—despite having a fanbase that’s every bit as passionate as the collectors of Sorare or NBA Top Shot.

That’s why Garnier has teamed up with EX Sports to launch his own range of freestyle football NFTs on its Starz platform. “I’ve chosen to work with EX Sports because I’m aligned with their vision,” Garnier said. “The passion and thought they’ve put behind a marketplace for athletes like me is amazing.”

In celebration of our collaboration with self-described underdog Sean Garnier to launch the world’s first Freestyle Football NFTs, here is a sneak peek of the creative hard work in Vienna that went into producing the digital collectable masterpieces. @seanfreestyle pic.twitter.com/gltUu1DsX3

NFTs are cryptographically unique tokens that provide proof of ownership for digital content, with some NFT artworks selling for millions of dollars.

Garnier’s collectibles will be much more than just static images, though; they build on his existing relationship with his fans, through educational content. Each tokenized video clip will link to a tutorial showing how to master the featured trick from his arsenal, while in the future he wants them to be used to train the owner’s avatar in video games. “NFTs should be more than just pictures; they should have a real purpose,” he said.

It’s not just freestyle footballers who can benefit from EX Sports’ platform. Despite having billions of fans and followers across the globe, sports such as volleyball, field hockey, muay thai, and jiu-jitsu just don’t have the same financial backing as the Premier League, NBA or NFL—and the money often doesn’t filter down to the athletes themselves, even though they’re putting in the same amount of work and making the same sacrifices that the big-money stars do. But without these stars the sport is nothing.

“The strongest and most powerful use case for NFTs isn’t about lining the pockets of the wealthy, it’s about empowering the little guy,’” says Toli Makris, EX Sports’s founder and chief executive—and that’s exactly what the platform does. By bringing decentralization to the world of sports, athletes at all levels can start earning an income from their fans.

Athletes who sign up with EX Sports can mint and sell their own cryptographically unique digital cards in the form of NFTs, which allow fans to both support their favorite stars directly and build their own portfolios of valuable assets. Each card can be stored in a digital album, sold, or traded with other EX Sports users, but additional revenue-generating systems are also on the way, allowing owners to make money from their investments without having to give them up.

By providing a marketplace in which to do this, EX Sports is removing the barriers to entry that usually stop athletes involved in niche sports from developing their own personal brands and building new income streams. That’s crucial, because these athletes are often closer to their fanbases, with highly dedicated and enthusiastic communities built around them.

But the benefits aren’t just for individuals. Federations and competition organizers can use the EX Sports platform to create special-edition tokens to commemorate one-off events or significant victories, boosting fan engagement and creating new revenue streams for the governing bodies as well as the athletes involved.

That’s particularly important given the fact that we’re seeing significant changes in the way sports are monetized. While TV rights currently still reign supreme, the rise of short-form content on social media and online streaming has changed the media landscape forever. While this year’s Super Bowl was still watched by 91 million people, its viewing figures were the lowest in 15 years.

As a new generation of sports fans become more and more influential, new sources of income will need to be found. Just as NFT technology has given independent artists and musicians a new way to make a living from their work, EX Sports believes it can do the same for sports, empowering a new generation of superstars and paving the way for a fairer future for the industry.