Wu-Tang’s “Once Upon a Time in Shaolin” sold for $4 million in July. Now we know who bought it. 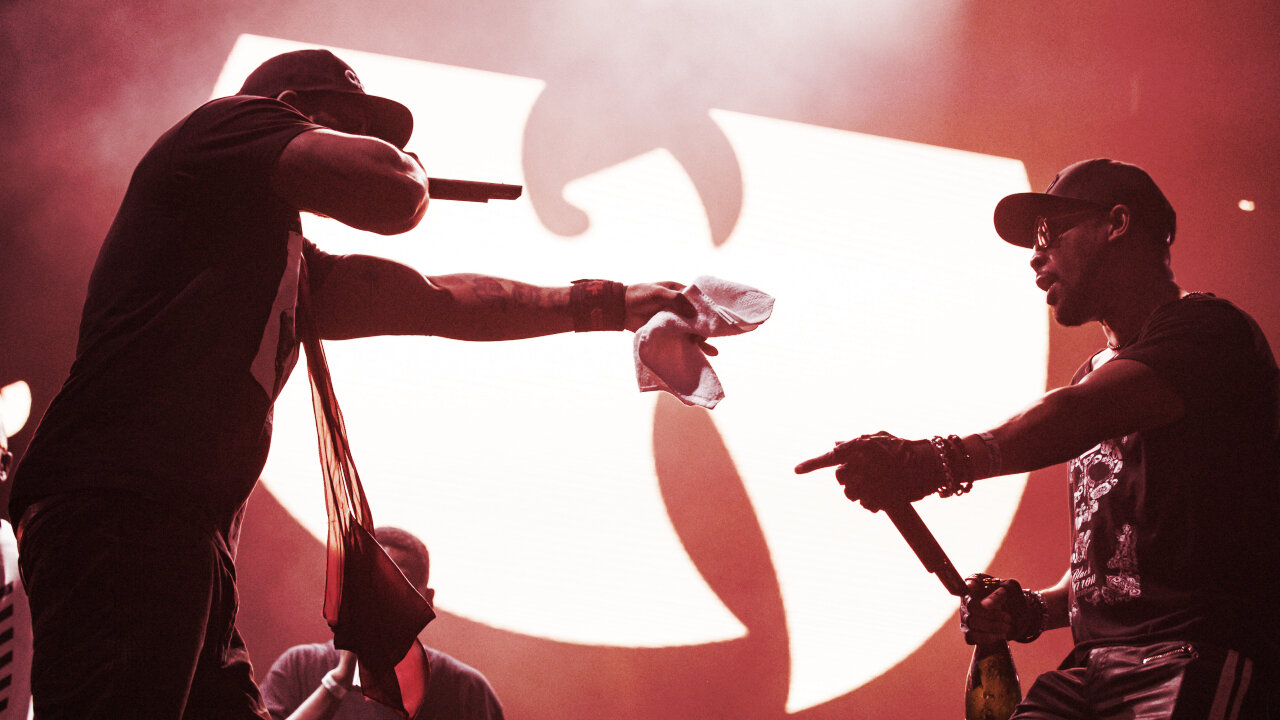 The Wu-Tang Clan’s one-of-a-kind 2015 album “Once Upon a Time in Shaolin” has found a new home in the world of digital art.

The album, first purchased by infamous pharma executive Martin Shkreli, then repossessed by the U.S. government after Shkreli’s conviction for securities fraud, is now in the hands of NFT investment collective PleasrDAO. The group revealed itself this morning as the anonymous entity that purchased the album from the federal government in July for the hefty price tag of $4 million.

The purchase falls in line with the DAO’s previous acquisitions. PleasrDAO, a band of seventy-odd NFT art collectors first brought together in March by their shared admiration for the work of digital artist pplpleasr, has since focused on acquisitions that reflect values of transparency and anti-establishment activism. For instance, they bought Edward Snowden’s NFT in April for $5.4 million. The Wu-Tang album, which exists only as two hard-copy CDs, was widely received as a protest against digitization’s corrosive impact on musicians and their ability to control their own works.

The DAO, which features among its ranks such luminaries as Pussy Riot founding member Nadya, and now pplpleasr herself, wants to bring the album back to the people. “Once Upon a Time in Shaolin,” to achieve its goal as protest art, is intentionally wrapped in limiting legal restraints: It can’t be commercially released until 2103; it can’t be remixed or recorded; and it can’t be played in front of large audiences, streamed, or even broadcast online.

PleasrDAO Chief Pleasing Officer Jamis Johnson told Rolling Stone that the group’s priority is to “bring the album back to the people.” They plan on potentially curating listening parties across the world that would permit non-owners to hear the 31-track album, while still honoring the extreme restrictions placed on the work.

That an album originally created to protest the dangers of an increasingly digital world is now in the hands of pioneers on the front lines of the NFT art world could conceivably be a point of tension. But Johnson doesn’t see it that way at all.

“They’re [Wu-Tang] kind of the OG DAO,” Johnson told Rolling Stone. “They bonded together to form a collective more powerful than any individual had on their own.” Wu-Tang’s mission is the very same as PleasrDAO’s, and Johnson believes, the broader crypto community: “Fuck these middlemen for taking all the money that should be going to the artists perfectly aligns with the ethos of crypto.”