Decrypt Guide: The future of Ethereum

Major upgrades will help Ethereum to scale but its community problems have to be fixed first. 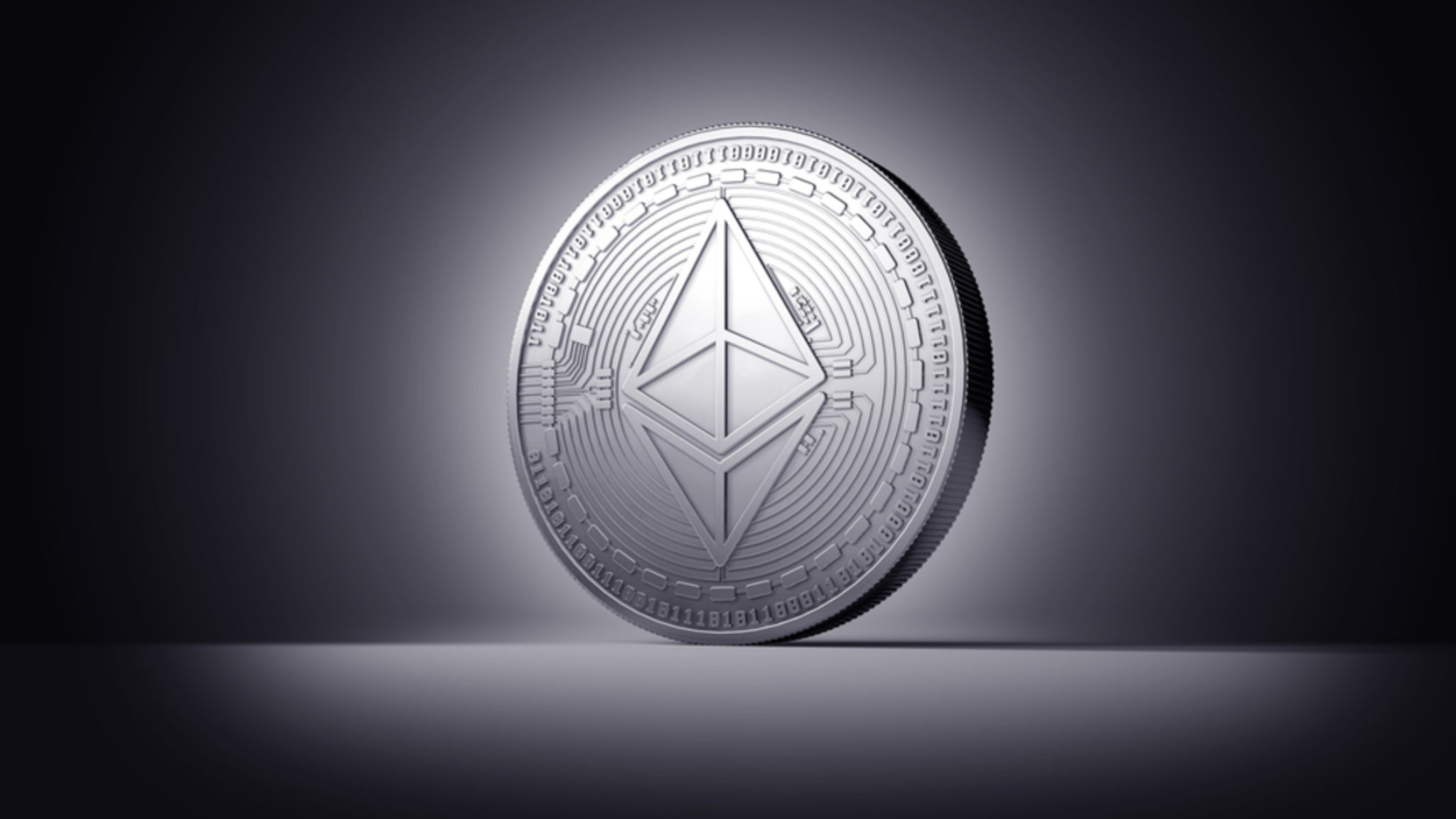 Ethereum was presented, at its inception, as the World Computer. Since then, it has grown to be the largest blockchain platform with thousands of tokens and dapps running on it. But it's struggling to fulfill its destiny.

At the end of 2017, the CryptoKitties dapp got so popular it flooded the network with transactions, leading to slow and expensive transactions, and practically bringing it to a halt. At the same time, the Ethereum blockchain has grown to over 130 GB. Other blockchain platforms, such as EOS and Tron, are claiming faster transactions with lower fees. So as Ethereum struggles under the weight of its own load and its competitors chomp at the bit to overtake it—can it keep its place at the top?

Ethereum developers are well aware of the issues and have been diligently plugging away at fixes for the past few years. In February, the Constantinople upgrade was activated, moving Ethereum closer to its goal of become more scalable and more secure. And plenty more updates are on the horizon.

But in the meantime, tensions have erupted within the Ethereum community. There have been both calls for less leadership—and more leadership. At the same time, in-fighting has broken out over some of the new updates. Even core developer Lane Rettig declared Ethereum governance had failed. On top of this, an onset of online jibes provoked lead developer Afri Schoedon to quit working on Ethereum for good (although there was also a conflict of interest issue too). In short, Ethereum needs to sort out its governance issues, and fast.

However, if the Ethereum core team and the wider community are able to get beyond these questions about the control of the network and its funding, here are the main developments likely to occur:

Ethereum has the weight of the world’s blockchains on its shoulders. By being the backbone for thousands of other blockchain-based tokens and hundreds of dapps, it has to store a massive amount of data. It also produces batches of transactions (known as blocks) at a faster rate than Bitcoin, meaning its blockchain gets filled up more quickly.

One of the solutions is a process called sharding. This splits up the blockchain into separate parts—known as shards. Different groups of miners (which will become validators when the network moves to a new consensus mechanism) will process different sections of the network. As a result, each miner will only have to store a smaller amount of data—they won’t have to store the entire network. Miners can then keep the network running without having to regularly upgrade to more powerful computer equipment.

So far, few cryptocurrencies have attempted to make sharding work. Zilliqa—which has focused on sharding from its inception—launched its mainnet recently and Radix (which eschews the blockchain model) has a running testnet with its network split into 18 quintillion shards. But Ethereum has been working on it for a while now and has made strong progress.

Ethereum has six stages on its sharding roadmap, with basic sharding expected between 2020 and 2021. It will begin with a trial before sharding is rolled out across the whole network. Once this has been done, there are a few stages of testing and refining it.

The final stage is called “super-quadratic sharding,” the idea of having shards within shards. This could scale up to millions of transactions per second, according to Ethereum co-founder Vitalik Buterin.  But remember that this is still highly experimental territory.

Plasma will reduce the load on the blockchain

Ethereum’s answer to the Bitcoin Lightning Network is called Plasma. It means payments are made using the same level of cryptography that makes transactions safe—but they are not broadcast to the main network when the transaction is made. Instead, two parties will send these offline transactions back and forth and then settle the bill, as it were, uploading the final balance to the Ethereum blockchain.

Plasma works slightly differently from the Lightning Network. Instead of having a separate network that is kept running by its own nodes, Plasma uses what it calls "child-chains," which are plugged into the main blockchain but operate independently. They are created using smart contracts.

When Plasma is up and running (no details on its timeframe yet,) it will take a lot of transactions off the main Ethereum network. And if Plasma is widely used, it could greatly reduce the strain on the Ethereum blockchain, stop it from bloating in size and allow for many more, faster payments.

However, Plasma is already lagging behind the Bitcoin Lightning Network, which is taking off rapidly.

A new consensus mechanism will change how Ethereum is run

Another long-awaited change is Ethereum’s big move away from the proof-of-work consensus mechanism, where miners solve computational puzzles to mine new blocks. Instead it will use proof-of-stake, which assigns new blocks randomly to those who “stake” a subset of their Ether.

The big advantage of this is no more Ethereum mining, which should save a lot of energy since miners won’t be running mining machines round the clock. However, there are concerns that proof-of-stake won’t work on Ethereum since the platform wasn’t built with that in mind. By comparison, cryptocurrencies such as EOS and NEO have used proof of stake from their inceptions.

It's a large experiment—with a lot of money at stake—to change how the second largest blockchain works on a fundamental level, and will require a clear consensus among the community.

To get there, Ethereum will start using a hybrid solution that melds both consensus mechanisms. This will allow miners to gradually power down their mining operations, or move to other cryptocurrencies. That's expected to happen in 2019 but because the recent Constantinople update was delayed, it could take longer—especially in light of recent governance issues.

The end game is a full move to proof-of-stake, which will utilize a “beacon chain” although that hasn’t been built yet. If Ethereum is the orchestra, the beacon chain will be the conductor. It will decide which nodes will mine the next block, make sure blocks are produced at a consistent rate and keep the various shards together. But that's a long way off.

In the meantime, there is a proposed update, known as ProgPOW ,which is designed to stop ASIC miners—the most powerful mining rigs—from mining blocks on the Ethereum network. It's caused some of the deepest divisions within the community and will continue to do so; indeed, it's still unclear whether it will even be introduced.

The Ethereum computer is getting a new hard drive: Ewasm

The whole Ethereum network relies on one thing: The Ethereum Virtual Machine. It's the decentralized heart of the blockchain platform, and is responsible for processing transactions. And yet, there are plans to replace it.

The proposed alternative is called "ewasm," an implementation of WebAssembly (wasm) which is an environment for running online applications. Wasm can be found in the four major web browsers, including Chrome and Firefox, and was developed by the World Wide Web Consortium (W3C).

By running ewasm, developers will be able to code Ethereum-based applications using more familiar programming languages such as Java, in addition to the current native programming language Solidity. This could open Ethereum up to a much wider variety of use-cases and get even more developers on board. Developer Lane Rettig called it a “rocket ship.”

An alternative solution to the bloating blockchain problem is to charge for storage on the Ethereum network, similar to the way EOS has fees for RAM usage. Buterin proposed this idea, which is known as “state rent,” in March, 2018, but influential developers such as Alexey Akhunov and Vlad Zamfir are onboard with the idea.

State rent may be implemented as a short term way to curb the burgeoning size of the blockchain, while the bigger developments, such as sharding and proof-of-stake are being built. Or it could end up as an integral part of the system, encouraging developers to keep their blockchain footprint light.

In all, there is a giant roadmap and so far, only small steps have been made on it. If Ethereum can deliver on everything it’s set out to build, then it may earn the title of a World Computer. But until then, it needs to fend off challenges from rival communities—and its own.