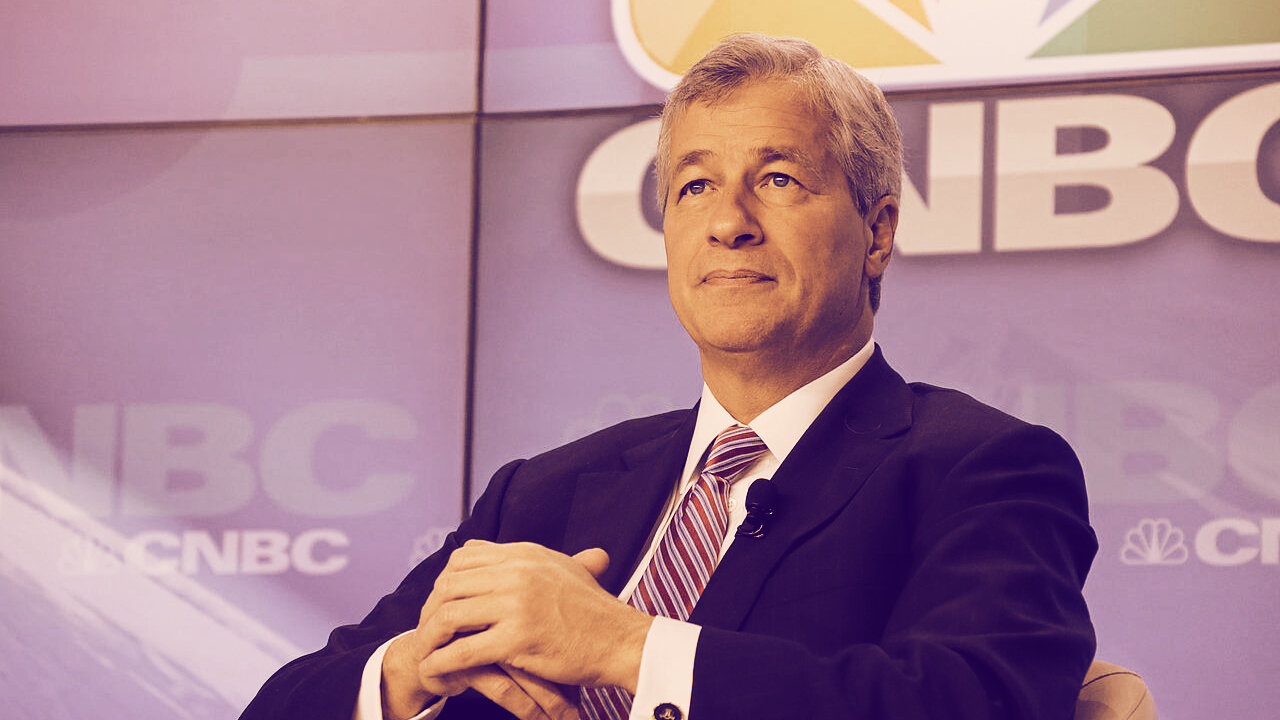 Jamie Dimon is the CEO of JP Morgan. And not a fan of Bitcoin. Image: Wikipedia

Indeed, Bitcoin today is having a field day: smashing a new all-time high price and thereby surging in market cap.

The market cap of Bitcoin is also higher than that of The Procter & Gamble Company, Mastercard, Netflix and the Bank of America—to name just a few.

JPMorgan and Bitcoin have never been friendly towards each other. Dimon famously said in 2017 that Bitcoin “was not a real thing,” that “governments are going to crush it one day,” and that people who buy it are “stupid.”

Since then, the currency has crashed and come back stronger but JPMorgan’s CEO still isn’t a fan.

But other bigwigs in the world of “traditional finance”—hedge funds, investment firms, tech companies—have become increasingly interested in the crypto asset.

Business intelligence software firm MicroStrategy, for instance, has sunk more than a half billion dollars in Bitcoin. Jack Dorsey’s Square has invested $50 million, and, most recently, insurance firm MassMutual dropped $100 million in Bitcoin.

Meanwhile, JPMorgan itself admitted in October that the currency was solidly competing with gold as an alternative asset. And Jaimie Dimon has since softened his stance on Bitcoin a bit.

Too little, too late?