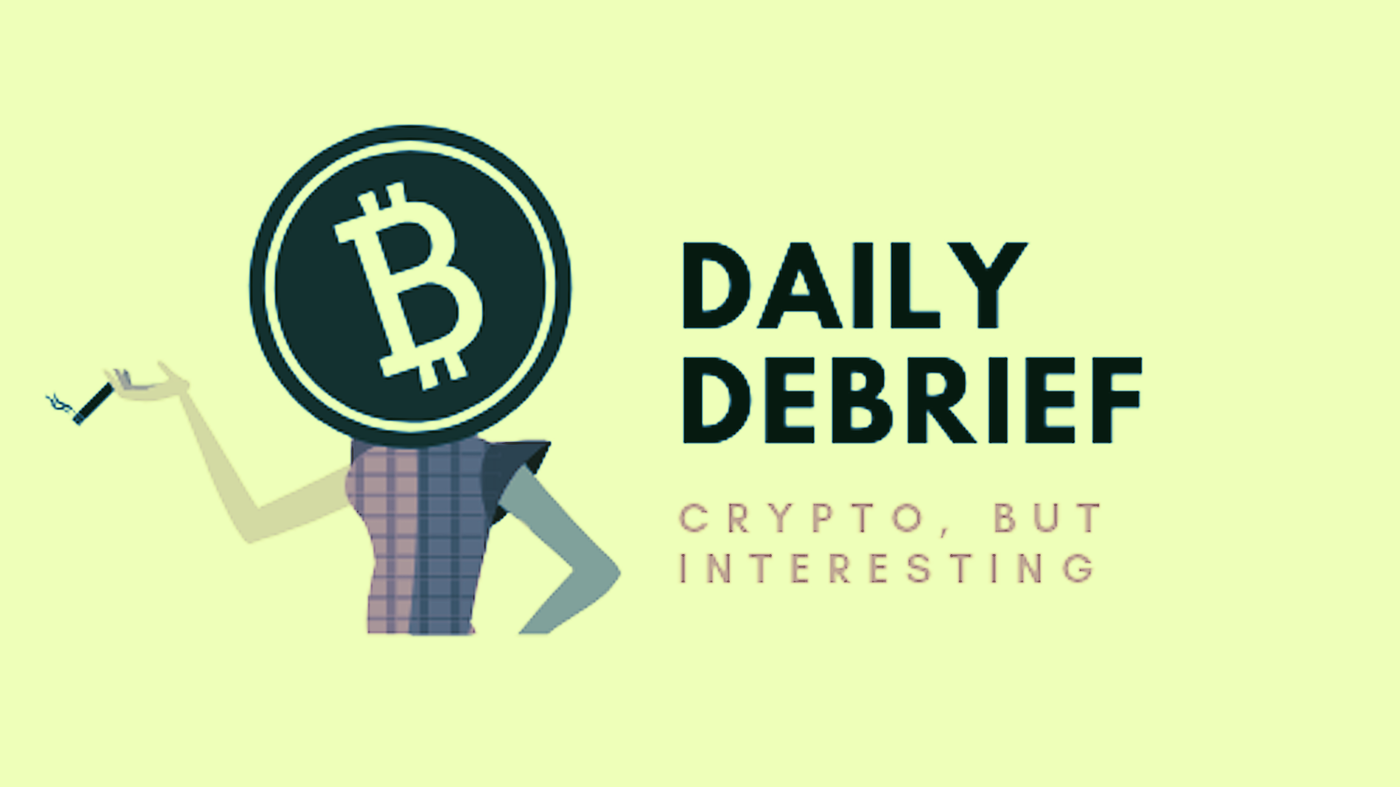 Speaking with CoinDesk on Wednesday, ConsenSys founder Joseph Lubin — who is rumored to hold large reserves of Ethereum, which recently lost half its value — did not rule out layoffs, citing a “refocusing of priorities” amid the market collapse. Nevertheless, Lubin emphasised that the firm would continue to pursue its grand vision under the aegis of a company wide upgrade dubbed ConsenSys 2.0.

Let’s hope Decrypt 2.0 has the same number of employees.

The US Department of Homeland Security’s Silicon Valley Innovation division is looking to give small crypto startups a load of money — up to $800,000, to be precise — to help it find “anti-forgery solutions” using blockchain-based tech.

And who would these anti-forgery solutions serve? US Customs and Border Protection, the US Transportation Administration, and the US Citizenship and Immigration Services, all of which, apparently, rely on forgeable “paper based credentials” to keep their businesses running. Good to know.

US Congressman Warren Davidson (R-OH), speaking at the recent four-day blockchain summit in Cleveland, said he was planning to introduce a bill to Congress that will clear up the federal legislation on ICOs once and for all. The bill, it's hoped would a) set out a coherent regulatory framework and b) distinguish ICOs as a separate asset class from securities. After last month’s Airfox/Paragon debacle, that’s potentially great news for ICOs/celebrity shills cowering in their bunkers before the inevitable SEC lawsuits drop.

Whether classing such assets differently to regular securities is a good thing, given that they often seem very much like securities, is anyone’s guess. But if the Trump administration and the Grand Old Party aren’t going to legislate away all objections to an asset class used largely for either wild speculative profiteering or outright fraud, who is?