How a second wave of coronavirus lockdowns will impact Bitcoin 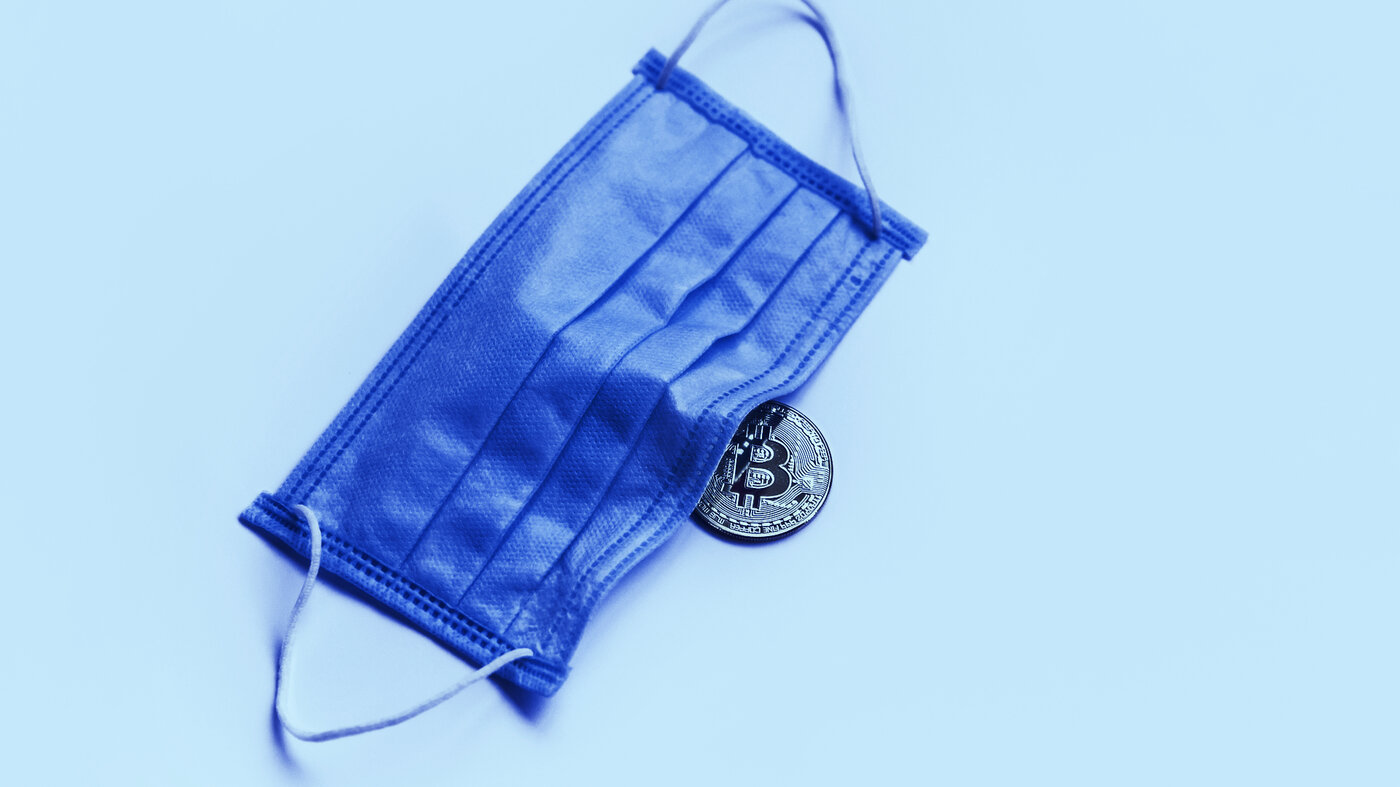 Several months into the ongoing coronavirus pandemic, its impact on the global economy has been monumental, pushing both the US and the UK into recession (the latter, for the first time in 11 years). New COVID-19 surges have sprung up in France and Spain, while even New Zealand, which had won plaudits for its handling of the virus, has been forced to put its biggest city, Auckland, back into lockdown after a new outbreak.

Amidst the economic uncertainty, the price of Bitcoin has ebbed and flowed—initially dropping in tandem with the stock market before recovering and rallying to year-to-date highs. Just what impact have the global economy’s COVID-induced convulsions had on Bitcoin, and how will the cryptocurrency fare if faced with a second wave of lockdowns, stimulus injections, debt, and despair?

Experts are divided. For some, the impact on Bitcoin rests on governmental responses to a second wave.

"Any further slowdown in economic activity caused by a spike in COVID increases the probability of ongoing stimulus, which in turn increases the bull case for Bitcoin," Raoul Pal, economist and founder of financial analytics platform Real Vision, told Decrypt.

Based on past precedent, with $3 trillion mainlined into the US economy to date, and at least another trillion dollars of stimulus in the offing, Pal could be onto something.

Still, as recent events have demonstrated, it's not always as clear cut as that.

In March, global governments strived to keep the coronavirus in check through travel bans and city-wide lockdowns. While many countries managed to stave off the worst of the virus, it prompted another crisis emerged entirely—this time in the financial markets.

On March 12, off the back of unprecedented measures, investors deleveraged any and all risk—plunging global stocks to their lowest ebb since the Great Recession. After succumbing to systemic risk, both gold and Bitcoin plummeted in tandem too.

Now, COVID cases are flaring up again in the USA. Per the Wall Street Journal’s analysis of John Hopkins data, the 7-day new case average jumped from around 20,000 in early June to an average of 65,000 new cases per week in July. In the same month, Texas, California, and Florida all posted one-day records for fatalities.

While US President Trump suggests that a rise in cases is an upshot of increased testing,  America isn’t alone. Per data from the World Health Organization, cases are climbing incrementally worldwide.

So, with a second coronavirus wave looking like an increasingly plausible development, should Bitcoiners be bracing for another lockdown-induced crash?

"If lockdowns were not implemented in the wake of a second wave of coronavirus, then we would not expect much of a decline in Bitcoin prices from current levels," Lagasi told Decrypt.

Nevertheless, according to Thomas Kuhn, CFA, and Global macro analyst for Quantum Economics, with the variables identified, a second wave is unlikely to hit as hard as the first.

"The virus had initially been a perfect bogeyman, an unknown and unquantifiable risk creating significant fear and hysteria," explained Kuhn. "Since then we have also contextualised the virus, we have far greater data on it and have a strong appreciation of the expected health and economic policy responses."

Meanwhile, author and prominent Bitcoin detractor David Gerard, submits that another crypto collapse is feasible given the sector's limp response the first time around.

“When the long bull run on stocks ended, everyone sold everything and flew to the asset of last resort—which turned out to be the US dollar,” Gerard told Decrypt. “They bought treasuries, or cash. Nobody cared about Bitcoin as a distress asset."

"Nobody cared about Bitcoin as a distress asset."

For Pal, however, the consequences of a second wave are far larger than a knee-jerk price drop. He argued that the biggest risk to the economy is insolvency, as “highly indebted companies,” or those with high operating costs, begin to fail amid sluggish growth.

Indeed, with big business flourishing on life-supporting stimulus and government bailouts, pulling the plug could result in catastrophic consequences for the broader economy.

Several major European indices hit four-month highs in July as EU leaders signed off a €750 billion ($880 billion) coronavirus relief package.  Meanwhile, in the US, the S&P 500 and Dow Jones have soared almost 50% apiece since the March crash.

According to Bitcoin bull and venture capitalist Tim Draper, the rug could be pulled on the stimulus-powered stock rally as poor earnings reports expose the true extent of the damage.

"Much of the stimulus package has brought some individual investors into the markets," Draper told Decrypt. "People are buying stocks, even though those stocks own companies that are not earning enough money to justify the stock prices."

“As people realize that their government is printing money to pull them out of the crisis they created when they shut down the economy, it will dawn on them that their money is worth less each day,” Draper added.

The COVID stimulus and Bitcoin

While stimulus is buttressing the stock markets, experts believe it's also boosting Bitcoin—just not in quite the same way.

According to Professor Andros Gregoriou, inventor of crypto rating platform Evai.io, and professor in finance at Brighton University, Bitcoin is finally getting to test its mettle in an ideal proving ground.

“Governments printing money at will essentially devalues fiat,” Professor Gregoriou told Decrypt. “With a fixed supply and increased demand, you can't ignore the attractiveness of cryptocurrency assets in these unprecedented times.”

The US dollar, which slipped to a two-year low last month as the US Fed reiterated its dovish stance, is currently in a state of flux. Rebounding somewhat from its July low this week, the greenback seems to be yo-yo-ing on both stimulus negotiations and China-US trade tensions.

Regardless, the consensus, for the most part, is that infinite easing could sound the death knell for the dollar—and the global economy at large.

Why? Because printing money has historically stirred inflation, says Draper.

”During inflationary times, people treat their currency like a hot potato, getting rid of it as quickly as possible.” he says, “This argues that a currency like Bitcoin, which holds its value—even increases it—will be very attractive to use, buy, hold and transact with.”

Broadcaster and Bitcoin buff Max Keiser put it a little more bluntly: “Loss of confidence in the dollar gives BTC an even bigger boost,” Keiser told Decrypt. “Bitcoin’s main driver, like gold, is USD weakness. To the extent that a second wave weakens the dollar, BTC—and gold—benefit.”

“People see the corruption now. It’s out in the open. Confidence in the system is crashing,” Keiser added, emphatically.

According to Gerard, however, the trickle-down effect of stimulus on Bitcoin is, by and large, a myth.

“Real-world fiscal stimulus doesn't really affect Bitcoin,” he said, calling it “another story that bitcoiners tell each other”. He argued that, “Stimulus applied to businesses will only help if it goes to companies run by Bitcoin enthusiasts—other companies will just keep the dollars.”

Stimulus to consumers, meanwhile, will “probably go on rent and food,” Gerard added.

A second wave of institutional and retail investors

Pal suggested that a fresh burst of stimulus-boosted liquidity in the stock markets has prompted retail investors to take greater risk.

"Stimulus has proven to increase speculative activity in the markets," says Pal. “With Bitcoin breaking out, it may well become a focus for retail investors due to the high volatility, which overtime is massively skewed to the upside in Bitcoin.”

This certainly seems to be reflected in the buying habits of investors—especially in those COVID-19 risk categories.

In July, research from in-house analysts at Bitcoin buying app Mode Banking found that Gen X and baby boomer investors had started to cosy up to Bitcoin amid the worst of the coronavirus lockdowns.

📊 Data compiled by our team of in-house analysts reveals that #Bitcoin investments have been doubling every month since February among older age groups, Boomers and Gen-X, signalling wider crypto adoption. https://t.co/VjgLrIYIsj

From February to May, both Boomer and Gen X purchases of Bitcoin doubled month-over-month—ultimately witnessing an 8.8x increase in just 4-months.

Professor Gregoriou attributes this to the fall in savings returns for those age groups with disposable income.

“Bitcoin has become a logical way to diversify risk in a high-risk environment for investments during the COVID era,” he said, indicating that in the instance of a second wave, the same could happen again.

It's not just retail investors either; institutions are increasing their exposure to Bitcoin too.

In July, digital asset manager Grayscale Investments reported a total $1.4 billion worth of investment across its range of crypto products—85% of which originated from institutional pockets. According to their Q2 report, the fund manager witnessed an average weekly investment of $43.8 million to it’s Grayscale Bitcoin Trust in the first half of 2020 alone.

This is an “indirect” repercussion of coronavirus, says Pal—insinuating that the uptick is a likely result of unconventional monetary policy.

Kuhn appeared to be in accord with Pal. “It does seem like there is a change in tone because of the policy outcomes of COVID," he said, referring to Wall Street veteran, Paul Tudor Jones' Bitcoin recommendation in early May.

While consensus dictates that Bitcoin could feasibly ride out a second wave, the broader economy, it seems, won't fare so well.

Fortunately, it’s not all doom and gloom. For Draper, things may well be easier the second time around.

Adding: “After that, I think we will all have PTSD from this social experiment for a while, and then we will come out of it stronger—and some technologies like Bitcoin and remote health care will have accelerated into our lives.”