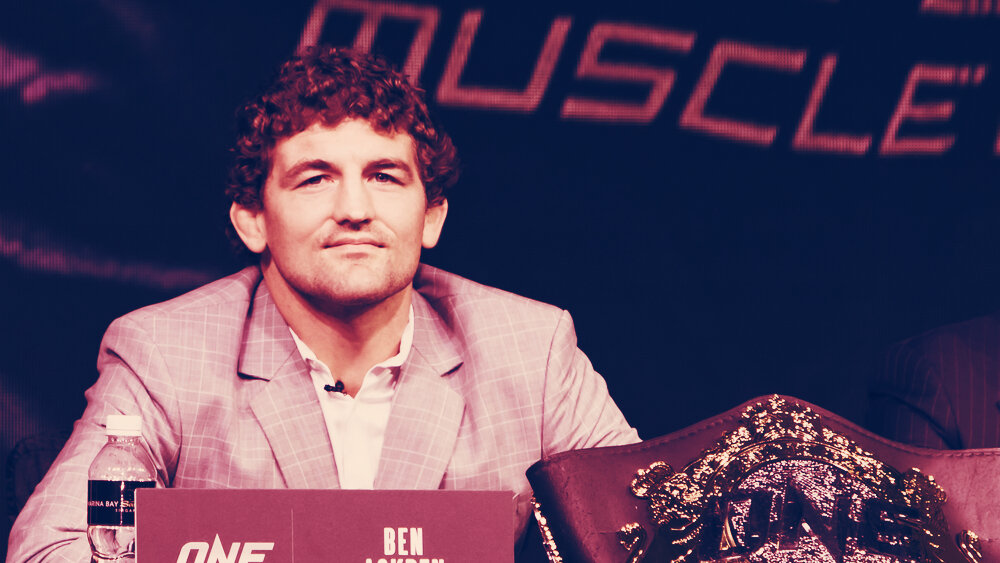 Former UFC fighter Ben Askren has voiced his support for Bitcoin by changing his public name on Twitter to “Bitcoin Halving May 13.”

The Bitcoin halving, currently scheduled for May 13, is an event where mining rewards are cut in half. This means that the new supply of Bitcoin gets cut in half.

When asked about what direction Bitcoin’s price might take after the halving, Askren answered with just a crescent emoji, implying it will go “to the Moon”—a phrase that, in crypto circles, means up.

In January 2020, Askren was also sponsored by the Litecoin Foundation for UFC 235.

As Decrypt reported on February 25, the UFC has partnered with Dapper Labs, a company that builds digital collectibles on the blockchain, to help bring the technology to the sport. Previously, the UFC also worked with Litecoin, advertising its logo at UFC 232.

In less than 35 days, we’ll see if Askren’s fighting spirit has rubbed off on Bitcoin.