Bitcoin can still be a safe haven, experts say

A global plague, oil price war, and a swooning stock market ought to be Bitcoin’s shining moment. Here’s why crypto could yet be the safe haven we were promised. 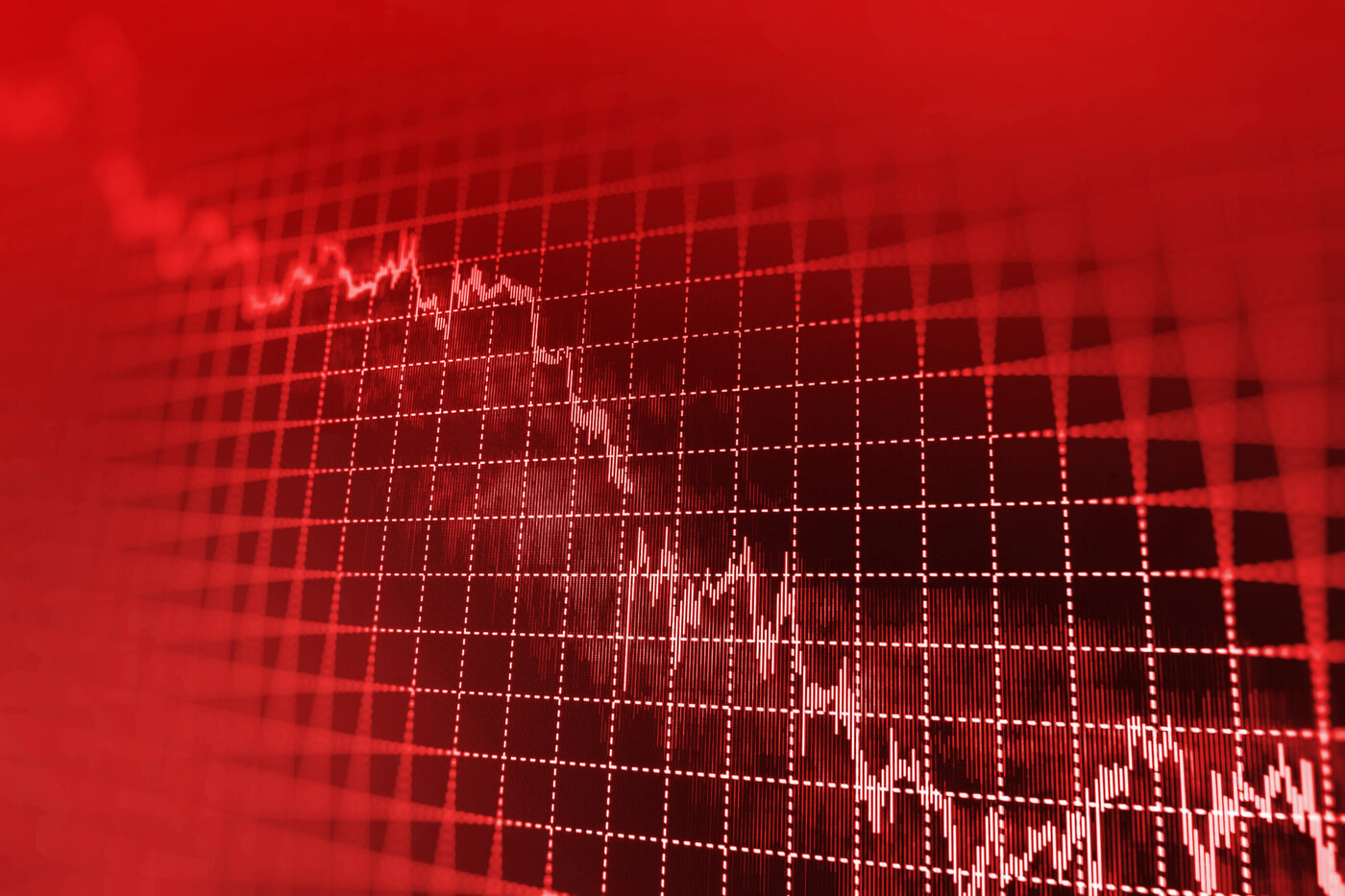 Bitcoin was born 12 years ago at the height of the last global financial panic, and was positioned as a safe haven from the machinations of centralized banks. Indeed, its inventor, Satoshi Nakamoto, posted in its genesis block a newspaper headline about the British government being poised to bailout the banks a second time.

So now would seem to be a pretty good test of Nakamoto’s marvelous monetary machine. How’s it doing?

If the events of the past few days are any indicator, not well at all. Cryptocurrencies including Bitcoin and Ethereum, have plummeted in line with the world’s stock markets. The industry saw a $26 billion loss in 24 hours, with nearly all cryptocurrencies experiencing double-digit losses. The meltdown in the crypto markets is every bit as bad as anything in the legacy finance world. (Well, perhaps not as bad as oil, which plummeted 27% today, after the collapse of Saudi Arabia’s oil-cutting alliance with Russia.

Not necessarily, say a number of economists and industry observers who spoke with Decrypt today. On the surface, the major blockchains appear to be roiled every bit as much as legacy financial markets. Yet, there may be reason for optimism. The meltdown could have been far worse, and funds will certainly start moving back into the more legitimate blockchains, as financial markets begin to stabilize, some say.

Most analysts believe that a “safe haven” is something investors can retreat to after the storm—not necessarily during it. When a fast-moving disaster settles in, investors try to immediately cover their short positions. That causes a nearly spontaneous hole in all markets, as investors big and small reflexively liquidate.

But he emphasized that the expression “in a crisis, all correlations go to one,” popularized during the 1987 stock market crash, is open to interpretation: “It is not meant to be a literal truth. Different types of assets will not necessarily move in lockstep.”

In a curious kind of way, the maturing of crypto—meaning its gradual acceptance by institutional investors—has made it vulnerable to the same forces as traditional markets.

“You really can't expect it to behave in an uncorrelated fashion once "institutional money" owns it, since at that point it's just another thing to sell to raise cash,”Joe Wiesenthal, business editor at Bloomberg, tweeted today. He said that correlation becomes inevitable for a time because disparate assets, some rapidly losing value, now share a common distressed owner.

Market hysteria could have a part in the sell off

Some say that’s overthinking it a bit. Digital economist Paolo Tasca said that the crypto sell off was panic selling, plain and simple. No one really knows how much institutional investors had to do with it, versus Main Street retail investors.

Tasca, founder and executive director of the University College London Centre for Blockchain Technologies,  pointed out that in the UK, as elsewhere, people are stocking up at the supermarkets as if preparing for a war. Rationing has been introduced, and anti-bacterial gel is selling on the black market for ten times the price.

“People don’t know what to do and they panic and draw liquidity from the market,” he said. “[Bitcoin is] anti cyclical so it should behave like a safe haven. But in this short period of hysteria, it’s likely that we’ll see a lot of volatility. The volatility index is very high,” he said.

Tasca also pointed out that in many cases, the fortunes of crypto companies are directly related to the same world as traditional finance markets. In other words, they are not islands unto themselves.

Ripple’s cryptocurrency XRP, for instance, is used in cross-border trading, and directly linked to fiat currencies. DeFi applications, which typically focus on peer-to-peer lending markets, are underpinned by stablecoins, and typically pegged to fiat currencies, such as the falling US dollar.

Could crypto still be a safe haven?

It’s virtually certain that things will get worse before they get better. The extent of the Coronavirus is unknown, Likewise,  we don't know whether, like the Spanish flu, it returns for a second, far more lethal season. For that and many other reasons, in the near term Tasca and others say that dabbling in crypto might seem as reckless as gambling with the rent money.

Tej Parikh, Chief Economist, at the Institute of Directors, the UK’s foremost organization for business leaders and entrepreneurs, agreed.

"The global economic shockwaves caused by the Coronavirus outbreak have jolted investors away from volatile equities,” he told Decrypt. “The very real, and uncertain, impacts of the pandemic on households and businesses will most likely see financiers run for traditional safe haven assets like gold and government bonds, while there will be some trepidation over how cryptocurrencies might perform,” he said.

Edward Cartwright, Professor of Economics at De Montfort University, in the city of Leicester, UK doesn't believe that cryptocurrencies are a safe haven, but he told Decrypt that they may now seem less risky compared to the alternatives.

"If cryptocurrencies are seen as an asset that can insulate from the Coronavirus shock, and the almost inevitable slowdown in the world economy, then their price is going to go up," he said. "If, however, they are seen as avoidable risk at a time of uncertainty their price is going to go down. Evidence suggests that a recession makes investors less willing to take risks. So, I would not be expecting a flight to cryptocurrency. But, equally, I do not see any reason for a dramatic fall in price. "

Yet some say that once things settle down a bit, crypto could become a safe haven yet. We could be entering a transitionary period, with Bitcoin defining an asset class that behaves like a hybrid of technology stocks, and gold.

“This is an insightful observation that I found true, especially during big market sell-off days when Bitcoin moves more with tech stocks then the gold-safe-haven trade,” tweeted Gabor Gurbacs, CEO and digital asset strategist at VanEck/MVIS, a global asset manager.

“#Bitcoin trades 2/3s like a #tech stock and 1/3 like digital #gold.” @JanvanEck3 told me this a few years ago. This is an insightful observation that I found true, especially during big market sell-off days when Bitcoin moves more with tech stocks then the gold-safe-haven trade. pic.twitter.com/NAxaFv7m7u

“In times of distress it’s only natural to have massive volatility,” he said, noting that he was kind of pleased to see how bitcoin and ether performed in the meltdown.  “An unhealthy result” would have been if BTC slipped below $6,000, he said.

Said Graham: “With BTC and ETH still above the lows of late last year, at this point we see only a maturing asset class that is increasingly integrated with the rest of the financial world.”

Even Tasca was somewhat bullish. "Generally, I think Bitcoin is still a safe haven. I don’t think there’s any reason to believe the contrary,” he said. “There is no signal that entering bear market or that the market will crash in 2020.”

When the crypto hits the fan

Volatility in the energy markets could impact the cost of mining, and, potentially, increase the concentration of mining pool capacity to keep business profitable, said Tasca. But the signs are that the evolution of Bitcoin will continue, despite some very rough times which may lie ahead.

Joseph Lubin, co-founder of Ethereum and CEO of ConsenSys, the Brooklyn-based incubator (which funds Decrypt), tended to shrug it off this week. In many ways, it was just another day in crypto.

“The best way to express it: When the shit hits the fan, all correlations go to 1 or -1,” Lubin said.