A Bank of England senior economist has published a paper looking at Bitcoin’s ‘digital gold’ effect and how it’s stuck in a catch-22. 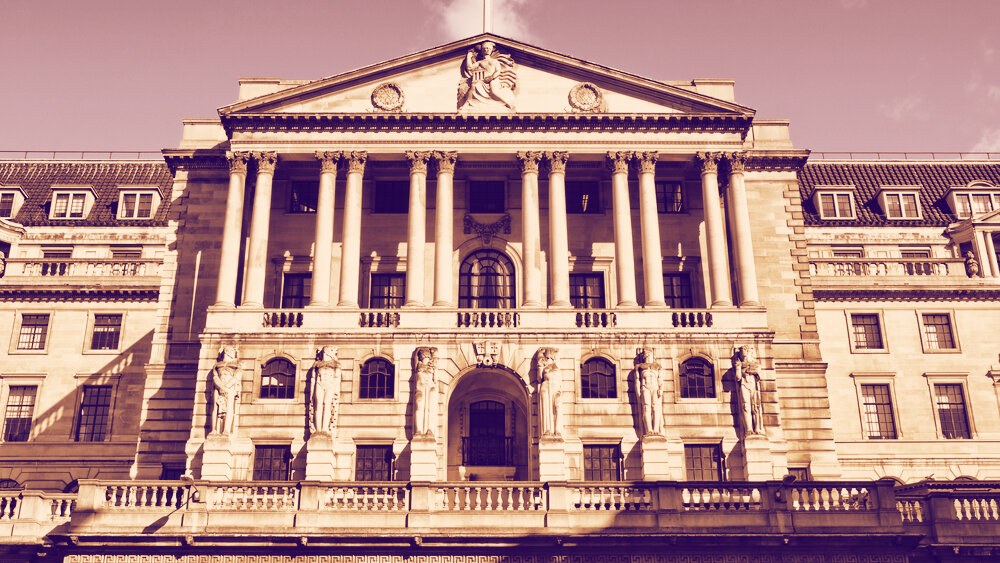 The Bank of England. Image: Shutterstock.

Peter Zimmerman, senior economist at the Bank of England (BoE), has published a staff working paper on the price of Bitcoin and other cryptocurrencies.

The paper, which doesn’t reflect the views of the BoE, argues that the limitations of blockchain technology create a conflict between those trying to use the coin, and those speculating on its price. The result is increased price volatility, and people hoarding it like gold.

Zimmerman claimed in the paper that Bitcoin’s mechanics cause people to treat it like gold.

He’s not the first to do so. New York Times reporter Nathaniel Popper used the phrase as the title for his history of Bitcoin, and whoever owns the @Bitcoin Twitter handle has added it to its description box. Even Nick Szabo—who some think invented Bitcoin—previously came up with a similar idea, which he termed BitGold precisely because of its scarcity.

Bitcoin is stuck in a catch-22

Zimmerman’s main argument is that Bitcoin is stuck in a Catch-22: an inescapable bind in which every possible way forward produces the same negative outcome.

He points to two defining characteristics of Bitcoin: That “its value is governed by its usage as a means of payment,” and that there is limited space for making transactions on the blockchain.

The more speculation there is, writes Zimmerman, the harder it is for Bitcoin to work as a means of payment. When investors flood in and send the price of Bitcoin to new highs, the blockchain becomes more congested and payments are harder to go through—thereby decreasing its functionality, and its value.

“Speculation congests the blockchain, reducing the moneyness of cryptocurrency, and impacting its price,” he said. This takes Zimmerman to his Catch-22 scenario.

“This suggests a novel relationship between speculative and transactional usage of cryptocurrencies: an increase in speculative demand can lower the price of the asset, rather than raise it, as standard economics models would predict,” he said.

It’s not hard to see where he is coming from. When the price of Bitcoin blew up to $20,000 in late 2017, its blockchain became congested, it was harder to make transactions and fees went up. While developers have introduced a piece of technology designed to help Bitcoin adapt to increased usage—known as SegWit—it too, has limits.

Zimmerman takes a further conclusion from this. He argues that this intrinsic conflict is the cause of Bitcoin’s extreme price volatility.

When the price rises, it makes Bitcoin less valuable as a means of payment, causing the price to swing back down. And when the price comes down, Bitcoin becomes more usable again, giving a reason for the price to go back up, he argues.

He points out that the problem gets even worse when there is low liquidity in the markets—and that this is common. (A report by Bitwise suggested 95% of Bitcoin trade volume is fake). “Cryptocurrency markets are characterized by low liquidity, with trading fragmented across a large number of unregulated exchanges, and so this effect can further explain the high levels of realized price volatility,” he said.

How Bitcoin can escape its catch-22

The economist does, however, offer a solution.

“My results suggest that price volatility may fall and payments usage increase if, in the future, a greater volume of speculation could be carried out outside the blockchain. Recent developments such as the evolution of cash-settled derivatives markets or the introduction of the Lightning Network could have profound consequences,” he said.

Major stock exchanges, including the Chicago Mercantile Exchange (CME) and Intercontinental Exchange (ICE), are already providing cash-settled Bitcoin trading futures, allowing traders to bet on the price of Bitcoin without needing to own it. The Lightning Network is a scaling solution that would allow for everyday Bitcoin transactions to be made without slowing down the network.

Yet he acknowledges that these developments will still require some Bitcoin transactions to occur on the main blockchain.