A terse Congressional hearing saw Mark Zuckerberg vow to abandon the Libra project in the event regulators refuse to approve it. 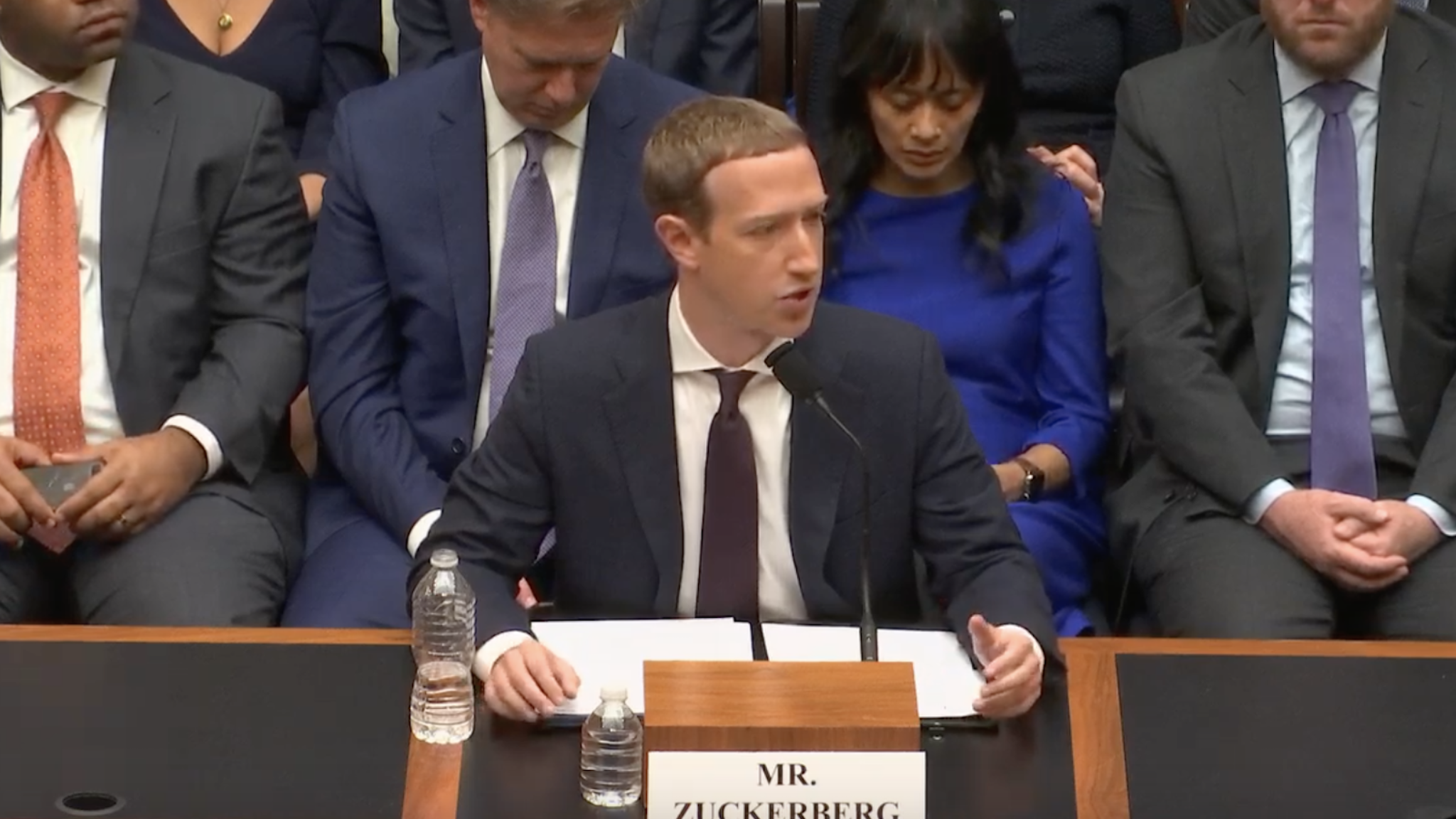 Mark Zuckerberg said Wednesday that Facebook would abandon development of the digital currency, Libra, if it failed to make sufficient headway with regulators.

“We will certainly stop Facebook’s part of it,” Zuckerberg said at a hearing before the U.S. House Financial Services Committee Wednesday, as lawmakers grilled him on the project while levelling additional criticism at Facebook’s handling of privacy laws, political advertising and child exploitation.

“We’re not going to launch anything that doesn’t have regulatory approval,” he said.

The Libra project has been the subject of immense scrutiny since its announcement in June, and critics have suggested it could enable money laundering and terrorist financing, and empower companies to abuse users’ transactional data. That scrutiny recently led to several of Facebook’s major payment partners, including PayPal, MasterCard, Visa and Stripe, dropping their support for the project.

But in a first today, Zuckerberg said that Facebook would abandon the project if it didn’t receive approval from “all” regulators. He added that the company would be “forced” to abandon the Libra Association, the consortium that governs the project, if the 21 members chose to proceed regardless. "Of course, as a big company, we're not going to do something that isn't regulated or is decentralized,” said Zuckerberg, apparently contradicting the original mission statement for Libra.

Similarly, when lawmakers suggested that the “permissionless” system Facebook plans to create could encourage developers to build anonymous wallets—useful for money laundering—he vowed to ban them from the platform, while saying, again, that he couldn’t speak for the other members of the Libra Association.

He also explained why Facebook had not opted for a dollar-based payment system, or a system tied to another national currency, instead opting to create a wholly new, digital currency. He said that infrastructure for a Chinese-style payment system, like the popular Alipay, didn’t yet exist in the U.S., but nevertheless acknowledged that a fiat-based system might work as an alternative. Asked by Rep. Brad Sherman (D-CA) whether it would be a problem if a member of the Libra Association chose to replace the dollar in the “basket” of currencies backing the Libra, Zuckerberg demurred: he hadn’t considered it.

Elsewhere, representatives were keen to voice their disapproval of the project. Maxine Waters, who chairs the committee, called for a “moratorium” on the project entirely, urging the company to improve its record on diversity, advertising standards, consumer protections, antitrust issues, political interference, freedom of speech and privacy before attempting to move forward with anything else.

In his testimony at the start of the hearing, made public Tuesday, Zuckerberg said that he understood lawmakers’ queasiness about the Libra project, acknowledging that it was “difficult” to trust Facebook. He repeated the refrain that responsibility for the digital currency should be deferred to the 21 members of the Libra Association.

He also said that the “risks of not innovating” threatened to give overseas competitors, particularly China, an advantage in the burgeoning field of digital currencies. But he acknowledged that he wasn’t “the ideal messenger for this right now.”

This is a developing story...