Calibra COO, Tomer Barel, explained that Libra will compete with cash effectively because it's not owned by a single entity. 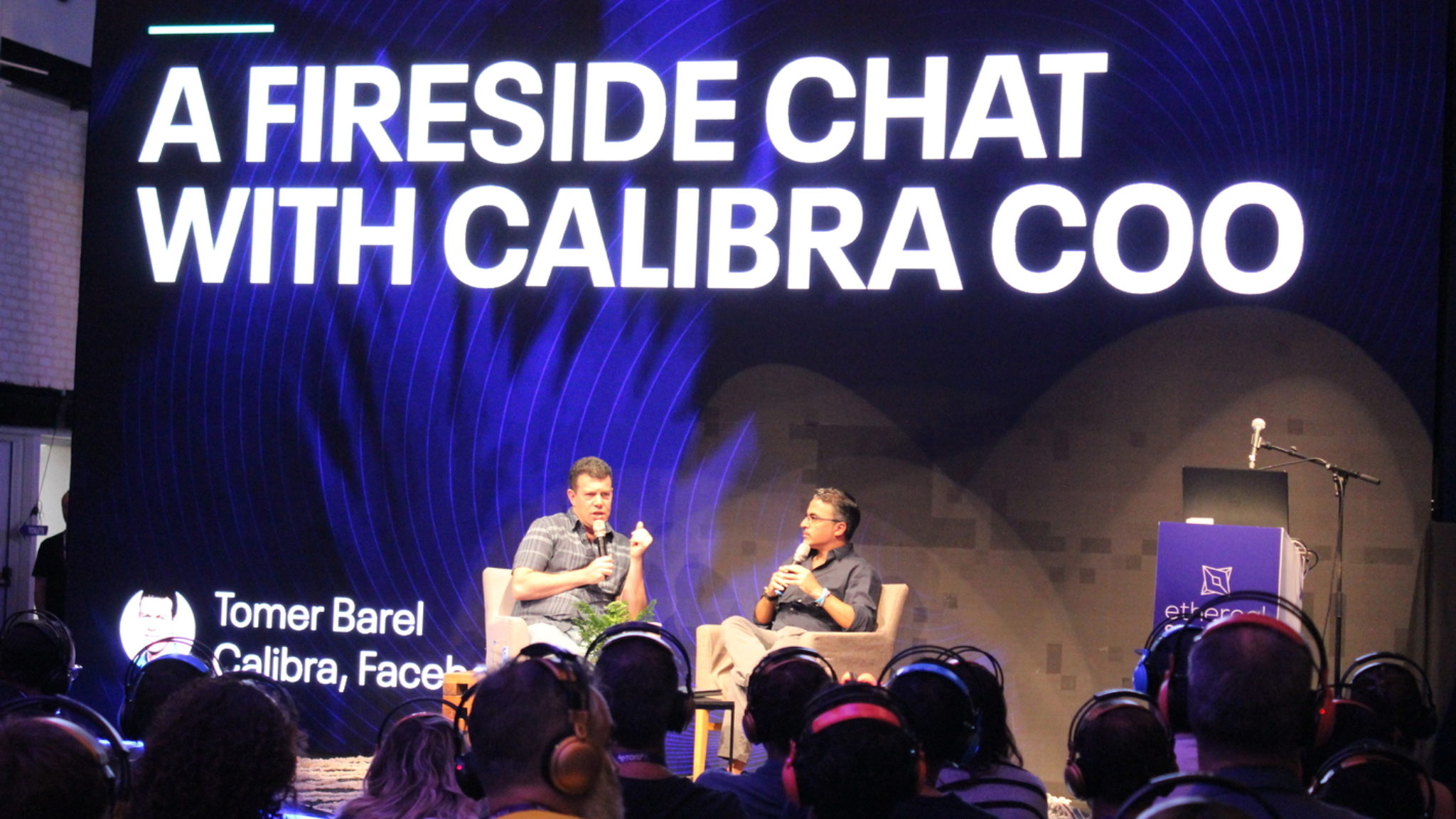 TEL AVIV—Facebook has drawn a lot of heat over its plans to create a cryptocurrency called Libra, set to launch in late 2020. Many argue that it could simply use traditional payment networks instead, and avoid all the fuss. But, Tomer Barel, COO at Calibra (which is running the Libra project), explained why it was going to all the trouble  during a Q&A at Ethereal.

Why does Facebook need a new cryptocurrency when it could have used traditional payment networks? asked interviewer Ouriel Ohayon, CEO of ZenGo, a crypto wallet that is building on Libra. Barel said that fiat money is broken and  "that for a currency to be successful, it cannot be controlled by a single entity. This is what blockchain brings us.”

He added that it also needs to be transparent and, crucially, secure—which, he said, are features of a blockchain.

When asked who Libra’s biggest competitor was, Barel replied: “Cash.” Bringing the dialogue back to Libra’s all-too-familiar promise of “banking the unbanked,” he said that cash is often still used because it fills holes in our current financial system, typically where alternatives to using cash are simply too expensive.

“When people use cash, it demonstrates the limitations of modern financial services,” he said, adding, “When we see the use of cash diminish, that means we will have been successful in providing more access to financial services.”

And the trick to its success against cash’s dominance, he repeated, is that Libra’s open-source and not controlled by a single entity. “[This] will make Libra a utility rather than private money,” said Barel.

Though Calibra aims to keep Libra at arm’s length from Facebook, he admitted it has been challenging keeping the two distinct in the public’s eye: “The confusion is natural. It’s a combination of confusion and mistrust. [Libra] is a project that was initiated and developed within Facebook,” he said.

Barel acknowledged that—while it has outside developers contributing to Libra’s code, which was released on testnet three months ago—90 percent of the code was developed by Facebook. On top of that, Facebook initiated the whole project. But despite Facebook's early involvement, he maintained that, by the time of launch, it will be owned by many different parties, meaning it will become more and more separated from the social media giant.

And to back that assertion up, Barel said he was willing to eat his own dog food: Noting that Facebook’s blockchain lead David Marcus told Congress he would be happy to be paid in Libra, Barel echoed the sentiment. “Absolutely," he said. "I would welcome being compensated with Libra.” That said, he acknowledged that that Facebook has no plans of him or anyone else on Calibra, in the company's crypto.